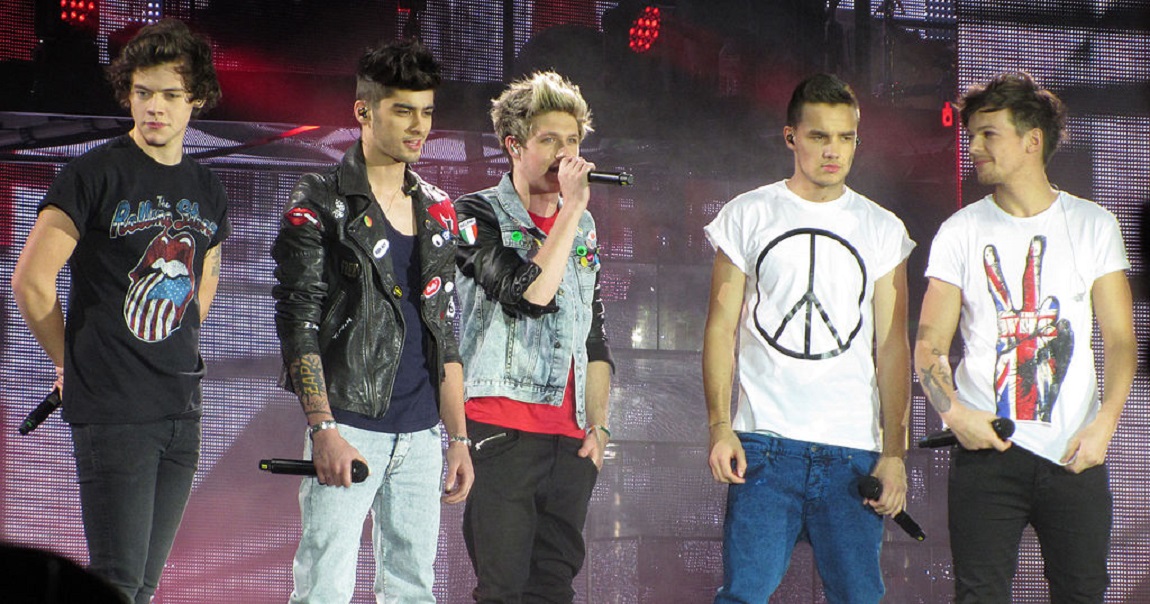 It was March 25, 2015 when Zayn Malik left boy band One Direction. He broke Directioners hearts all over the world, but his brown fans were especially devastated. You see, Zayn Malik was a miracle for representation: he was brown, half Desi, Muslim and a pop star. As One Directions eighth anniversary looms, SHAAZIA EBRAHIM and FATIMA MOOSA reflect on what Zayn means to them.

The boy band world (in the Western sense) has always been predominantly white. With a few exceptions, the most famous boy bands from The Beatles to *NSYNC, Backstreet Boys and Westlife have pretty much had no POC (people of colour) representation whatsoever. Pop culture in general has been commanded by white people from Madonna to Miley Cyrus. Enter One Direction in 2010, your usual fare of cookie-cutter pretty white boys with an exception: Zayn Malik.

Zayn is a half-Pakistani, Bradford-bred Muslim popstar. And in an industry where brown and Muslim people have little representation, that’s saying a lot. In a world where anti-immigration is on the rise and Islamophobia is rife, this was almost a miracle.

Zayn is highlighting his Desi roots and we’re loving it

As brown Muslim women of South Asian descent who have a slight obsession with boy bands, we connected with Zayn in a way that we didn’t connect with Harry or Niall or Louis or Liam. We got him.

There’s a scene in the One Direction documentary This Is Us where Zayn goes home to visit his family. Something about that scene of him with his sisters and his mother that was so relatable. His mom – a white woman in a brown household – is seen packing food for him to take with. There is not a single brown person who can say they haven’t had that experience. Zayn often spoke about his love for butter chicken and he was even seen cooking it once for Gigi Hadid. Then there’s the scene when Zayn buys his mom a house and we see his family entering their new home. That is the epitome of the brown immigrant experience. It’s about working hard to give back to one’s parents for all the struggles they have gone through.

10 One Direction Songs That Will Have You Nostalgic

You cannot separate Zayn from his identity. A year after he left One Direction, Zayn released his solo album Mind Of Mine where he showcased his roots. It featured iNTERMISSION:fLoWer, in Urdu – a Persianised register of the Hindustani language spoken in southeast Asia – song. Both the songs Mind of Mine and It’s You exhibit Bollywood themes. And Zayn was influenced by Bollywood.

In his Fader interview he said: “I used to listen to a lot of Bollywood being a kid and stuff, so yeah, that definitely influenced the music.” He spoke about listening to Nusrat Fateh Ali Khan and watching Shah Rukh Khan movies. For a pop culture figure to admit this was so important for us.

Most diaspora brown kids of southeast Asian descent have grown up on a steady diet of Bollywood. But growing up, we all denounced our love for Bollywood at some point. We became too cool for Shah Rukh Khan and Kajol. We got over the emotional love stories and bad action scene. We were suddenly annoyed at how the actors would break into song at any given point in the middle of the movie. Suddenly, it became important to like things that were considered cool – and Bollywood and being brown just wasn’t cool.

Post-One Direction, it seemed Zayn had more freedom to speak about his Pakistani dad than while he was in the band. During his time in the band, he rarely mentioned his father. However, after One Direction, he was able to share how his dad influenced his music tastes and the type of music he began to create for his solo career.

Then there’s Zayn’s Muslim identity. Sure, he doesn’t say much about being Muslim but there’s always his annual Eid Mubarak tweet. There’s the fact that his mom said he read the Qur’an three times. This is despite the scrutiny from Muslim clergy into how he doesn’t eat pork, but what about his smoking, tattoos, ear piercings and career as a pop star? He shows us the difficulties navigating a modern Western society and still acknowledging his Islamic beliefs. He isn’t a perfect Muslim – but who is?

He infamously faced death threats after he tweeted “Free Palestine” during the Gaza attacks.

Zayn always maintains that he wants to be known for himself and not as representative of a greater identity. That is the burden of being a POC. That idea that you cannot just be yourself but instead you stand as the figurehead for others who look like you. There are examples abound of this. We just have to look at how brown people in their entirety regardless of their religion, culture are demonised when a terrorist attack happens in an Western country. Muslim people are called on to apologise for terrorism. Sikh people are attacked because they look Muslim. There is forced reaction by whiteness to claim all brown people as one. In that way, Zayn’s words are very important. We can say his refusal to stand as the poster boy of a brown Muslim boy living in the West is a reaction against whiteness.

A year after Zayn left One Direction, Bill Maher about the supposed likeness between him and Boston bomber Dzhokhar Tsarnaev. In 2012, a rightwing American blogger accused him of pimping Islam and “boyband jihad”. Debbie Schlussel claimed the only reason he was chosen for One Direction was because “Islam sells in Britain”. That year, Zayn temporarily deleted his Twitter account after internet trolls racially abused him on the site. American rapper Rucka Rucka Ali in 2013 released the track Zayn Did 9/11, featuring art that superimposed Zayn’s silhouette over the burning Twin Towers, and lyrics blaming him for the 9/11 attacks. Then there’s the backlash for tweeting #FreePalestine.

But even saying all of that, Zayn did represent so much more than himself. He stands as an icon of what it meant to be a visible brown, Muslim person trying to find their place in the world. He doesn’t epitomise a typical brown or even Muslim person. But he is something more. Zayn is a resistance against all of the stereotypes – even while just living his life. He’s the brown boy who spoke up about his struggles with mental health. He is the boy bander who spoke about how he wasn’t allowed to grow a beard. He spoke about how music styles were stifled in the band. He was the person who proudly spoke up about listening to Bollywood music.

Zayn embodied the struggle of being a brown person under public scrutiny. But ultimately, he showed us – brown people – how to navigate the world while being unapologetically yourself.