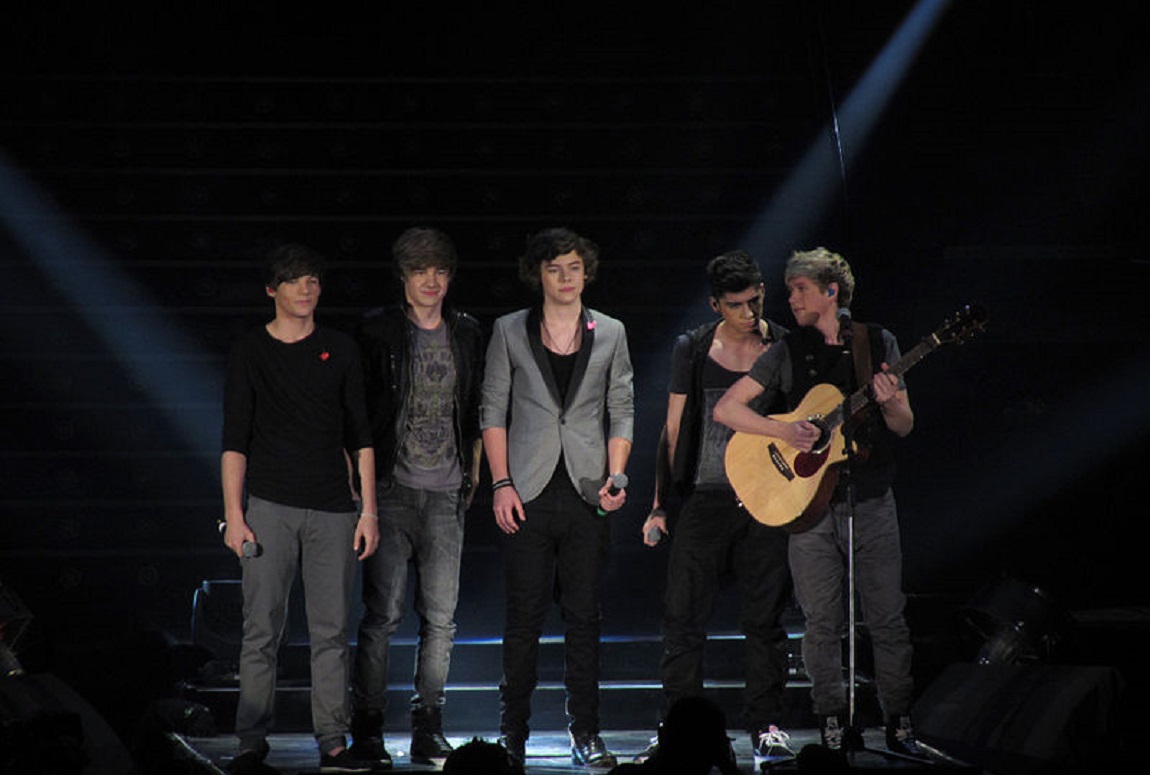 Get ready to take a trip down memory lane. One of British boy band One Direction’s members may have left, the lads may be on hiatus but there’s no denying that they’ve given us some great bops since they formed in 2010. On One Directions 8th anniversary, SHAAZIA EBRAHIM and FATIMA MOOSA round up 10 of their favourite 1D jams.

What Makes You Beautiful
If you say you don’t know the lyrics to What Makes You Beautiful, who are you trying to fool? The first song ever to be released by the group, it became an instant hit. With lyrics trying to convince the girl in question that she was beautiful, it had people of all ages swooning. The video showed the boys at the beach road tripping and then meeting and trying to impress girls they meet. It was the ultimate teen movie in a song and was the birth of one of the most legendary boy bands of the 2000s.

Story Of My Life
This is a more mature sound from the group. The pop-rock song is the second single from the band’s third studio album Midnight Memories. In it, the group reflects on a bad romance that the song’s narrator cannot leave above an acoustic guitar. The video is particularly cool because it shows the boys in family portraits when they were growing up and then in family portraits as grown-ups. It’s an intimate video for a heart-wrenching tune.

Little Things
Little Things is that sweet ballad that every person wishes their partner would sing to them. Written by Ed Sheeran and Fiona Bevan, it’s filled with the cutest, most quotable lyrics. The narrator describes the insecurities of a romantic partner and reassures them that their perceived imperfections only make them more lovable. It’s the second single from the album Take Me Home. In the black-and-white video the boys sit in a circle in studio, singing, strumming on guitars and generally looking perfect.

Best Song Ever
The lead single of Midnight Memories, Best Song Ever has got to be one of the most famous 1D songs. The video of this song surely ranks up there with the best music videos ever made. It starts with the boys parodying the film producers and boy band genres which attempt to type-cast One Direction. They literally then proceed to destroy those stereotypes by destroying the office of the producers. The actual lyrics of the song don’t have anything to do with the video. But the song is a poppy fun song that will have you singing along.

History
The last single the group released before going on hiatus, History was an ode and tribute to fans. The video included clips from the boys during their X Factor days when they debuted right up until their hiatus. There were also some really adorable clips of Zayn for all the fans who hadn’t recovered from his leaving the group. The lyrics of the song referred to the relationship between the band and their fans, Directioners saying that because of the history between they will always be close.

Midnight Memories
Just lads having a good time was the theme of the song. It was about the group having a night about town after leaving a boring party. They visit the local kebab shop, steal a police boat to race on the River Thames and end it off by singing on the London Bridge. It was a fun, high energy song which was what the band was best known for. It referenced their busy lives going off and on planes and having to deal with annoying parties and the idea of just breaking loose from all that.

Through The Dark
Through The Dark is one of One Direction’s most underrated songs from their album, Midnight Memories. It’s a folk song with some pop and rock elements that tells of a man trying to help someone important to him through their depression and emotional pain. Louis Tomlinson is one of the people that wrote it and fans speculate that it might be about him because he was struggling with some personal issues at the time. It’s such a soothing and touching song – especially for someone going through the most. There is no video for the song but there is an epic Saturday Night Live performance.

Drag Me Down
Drag Me Down was the first single the band released after Zayn Malik left in March 2015. The pop-rock track is upbeat with an electro feel (and makes for a good workout song!) Lyrically, it’s a strong love and it encourages you to persevere against negativity. The video was the best thing ever. Set at the actual NASA headquarters, it shows the boys training, going to space, and generally looking beautiful.

Live While We’re Young
From their second album, Take Me Home, Live While We’re Young is the ultimate summer song. Filmed at a summer camp place, it shows the boys swimming, playing soccer and generally having a good time. The lyrics accompany the video perfectly with the boys singing about enjoying youth and leaving all worries behind.

More Than This
Old is gold, right? And while More Than This might have come from their first album and was a little younger sounding, it’s a really good song. The ballad-like song from the group’s first album, Up All Night is a sweet and heartbreaking song with softer, slower sounds. The lyrics spoke about not being able to love a person “more than this.”