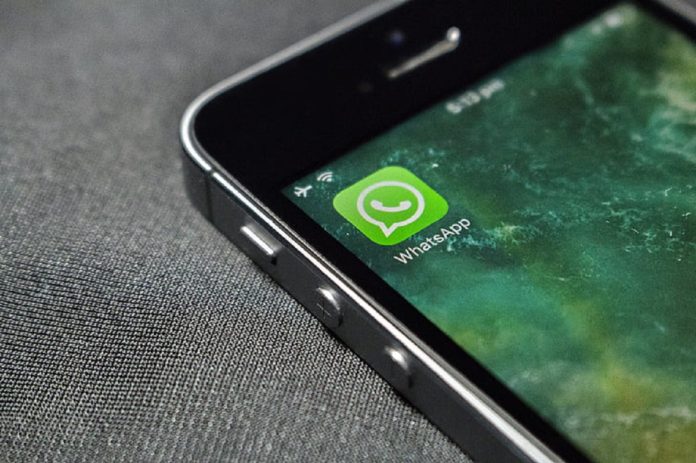 The messaging platform has told users to allow it to share more of their data with parent company Facebook or have their account shut down. [VIA OPEN DEMOCRACY]

In early January, an in-app ultimatum told WhatsApp users to accept an update that would share more of their data with parent company Facebook, or have their account closed by 8 February.

Given Facebook’s record of intrusive advertising and security incidents, it came as no surprise that competitors such as Telegram and Signal reported a subsequent spike in users.

WhatsApp has been millions of people’s communication ‘daily driver’ for more than a decade, so users’ concerns are not a niche technicality – for many, it is an essential service.

Although data-sharing policies will reportedly remain unaltered in the EU and UK due to rigid privacy regulations, the changes have sparked widespread reflection.

WhatsApp says there is nothing to worry about. Oh, really?

Confronted with a backlash, WhatsApp extended the deadline for accepting the update to 15 May and launched a media campaign to eclipse the criticism.

The firm insists that the privacy tweaks relate only to e-commerce data and interactions with businesses.

These enlightening initiatives are cold comfort, though. You may be surprised to learn how much data has flowed between WhatsApp and Facebook since 2016, when the first game-changing update of the messenger’s privacy policy took place.

Back then, WhatsApp quietly gave users 30 days to ‘opt out’ of its plans to share data with Facebook. Any users who have joined the messaging platform since – or who missed the short opt-out period – have had their data shared by default.

Tapping ‘Request Account Info’ in WhatsApp’s settings generates a list of all the information WhatsApp knows about you. It’s a significant amount of data and includes your phone number, name, profile photo, location, your contacts’ phone numbers, and the names of groups you have joined.

Unlike some of their competitors, WhatsApp and Facebook are, first and foremost, businesses geared toward generating profit. This is at odds with users’ unconditional dependency on them to socialize in private.

Here is a round-up of problematic uses of data gathered by the platforms.

Building a profile of a user is about gaming your sentiments and decisions. If you have noticed ads on Facebook or Instagram, which Facebook owns, that match your current interests with creepily high relevance, it’s this mechanism in action.

What’s more, outside of Europe at least, your WhatsApp data could be used to infer information about other people you communicate with, potentially extrapolating one person’s interests from someone else’s online activities.

If you find this one far-fetched, recall the Cambridge Analytica scandal in which 87 million Facebook users’ data was harvested to build psychological profiles and exploit their political biases with Facebook ads. This foul play is believed by some to have influenced the 2016 US presidential election and the UK Brexit referendum. It’s not Facebook that did it, but the social media whale didn’t prevent the leak from happening.

In January 2012, Facebook became a playground for an unorthodox mood experiment. For one week, 689,003 pre-selected users were unknowingly shown materials with conceptual shades of either positivity or negativity in their news feeds. The idea was to determine how these diametrically opposite types of content impacted people’s moods and posts down the line.

If you have ever noticed Facebook ads in your smartphone promoting a store when you are walking nearby, this seemingly ‘lucky coincidence’ has a name – location targeting. The social network uses people’s geo-location data to help its partners ambush would-be customers.

5) Losing your data in another security breach

When it comes to keeping users’ personal information intact, Facebook has slipped up a lot in the past and could easily do so again in the future. Large-scale data leaks that exploit vulnerabilities in the social network’s architecture and other such incidents put your digital life at risk.

As if WhatsApp’s current data practices weren’t outrageous enough, giving the app the green light to additionally share your e-commerce payment and transaction information with Facebook is double trouble.

Considering the company’s ultimatum with a flavor of account termination in case of noncompliance, as well as the fact that the messenger keeps entire societies connected, the ‘accept or reject’ dilemma becomes a tough one.

Not only is this a concern for the average user, but it is also setting off alarm bells at the nation-state level. The government of India and Hamburg’s data watchdog have blocked the proposed changes. Although few governments have acted so far, these efforts have added a political narrative to the mix.

Ultimately, a privacy policy of a service that’s tightly intertwined with so many people’s lives is effectively a piece of public regulation and requires public debate. Tech giants like Facebook should heed users’ opinions before enforcing changes that impact their privacy and digital well-being.

Meanwhile, it’s a good idea to look around. Giving a more privacy-focused messenger a shot is both a decent Plan B and a good way to overcome the Facebook monopoly.

This piece was republished from Open Democracy a Creative Commons Attribution-NonCommercial 4.0 International licence. The original piece can be found here.