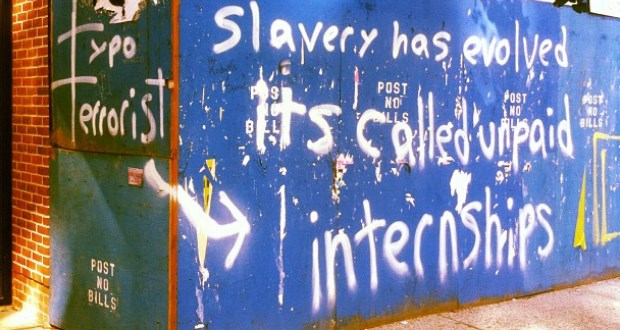 This week, a Cape Town-based fashion editor posted a tweet advertising a week-long unpaid internship. The idea of interns funding themselves for the time they are “employed” is nothing new. It is the staple of the South African fashion and media industries. Writer SARAH KOOPMAN elaborates.

Having worked in the magazine industry, I have seen this problem from both sides. I have been an intern, I have managed interns and I have been in conversations about whether or not to pay them. The same arguments are used as justification: “If they want it badly enough they will do whatever it takes”. The other: “We all had to do it. Itâ€™s for experience”.

But these responses are problematic. Hereâ€™s why:

1. Wanting it badly enough is not enough. Saying that if people truly wanted to get a foot in the door in the South African fashion and media industry, they would jump at opportunities like this is not only untrue, it is unfair. Truly wanting an internship isnâ€™t going to magic the “needed” car into existence. Nor is it going to fuel it, feed me or pay my rent.

2. Iâ€™ve seen the interns who are willing to do “whatever it takes”. The young men and women who spend months barely sleeping to intern during the day, waitress or bartend at night, and work in retail on weekends to make ends meet. Their commitment is admirable, but there is rarely any reward for it. There are no guarantees that doing “whatever it takes” is going to pay off since, once that internship ends, the interns are sent on their way to peddle their “experience” as a pitch for a new job.

3. It is true that almost everyone I know who works in magazine publishing started out as an intern â€“ usually unpaid. But just because itâ€™s “how it was done”, it doesnâ€™t mean thatâ€™s the way it should stay. As long as these internships remain unpaid, the media industry is closed to those who canâ€™t afford it. As a result, it remains untransformed and in the hands of a niche minority.

The other typical response to those who disagree with unpaid internships is that “it shouldnâ€™t always be about race”. And here I will agree. It isnâ€™t. Itâ€™s about the economics of access to opportunities. Unfortunately, our economics is racially tainted, with opportunities in the hands of a privileged, and mostly white, minority. Often, the people applying for internships are the ones trying to enter the job market because they (or their parents) can no longer afford their university fees. But “experience” is a requirement for most entry-level jobs and the only way to get “experience” is to intern â€“ with â€˜experienceâ€™ bandied about as a justification for no pay. Itâ€™s a disempowering cycle to be stuck in.

What is also overlooked is the psychological impact of working for free. Often, interns are working fulltime jobs, in some cases carrying the workload of a fully employed staff member with no real reward at the end of the month. For most of us, a salary is one of the most physical manifestations of the value of our time. As an intern, the implication that your time isnâ€™t worth anything can make enthusiasm difficult to drum up three months down the line.

I am incredibly grateful for the opportunity I had to be an intern. Being in that environment granted me access I could only have dreamed of. It certainly set the tone for the career Iâ€™ve had so far. But I am also aware that opportunities like that are not afforded to everyone. When I was an intern, I was living at home (rent-free) and my parents funded everything from the petrol in my car to my food, clothing and cellphone bill. Had they not, showing up to work every day would have been almost impossible.

According to South African case law, interns are regarded as employees as they are “rendering personal service” and should, by definition, be paid. The irony is that people take these unpaid internships in the hopes of securing a job. But an unpaid internship is no more likely to lead to a job than not doing an internship at all. This is at least according to a 2013 Student Survey by the National Association of Colleges and Employers in the USA, where unpaid internships are strictly regulated. And I think they should be here too. Because until they are, they will continue to be exploitative and damaging to the young people who take them on.

*This is part of a series on inequality in South Africa, in partnership with Oxfam-SA.

Sarah Koopman is a writer and editor living and working in Cape Town, South Africa. A magazine girl at heart, she has worked as a features writer at ELLE South Africa and at Marie Claire South Africa, where she was the features editor until the end of 2015. Follow her on Twitter.