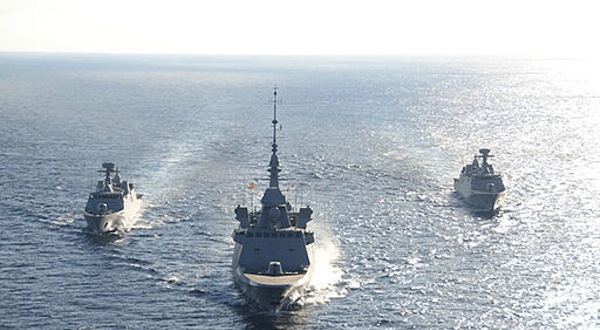 I spend a fair amount of my spare time in jazz clubs, and I am frequently reminded that jazz audiences are small. It’s a style of music that had a relatively short period of widespread popularity, and while it still has its hardline adherents, it has long since gone out of vogue.

Sitting in one such audience the other night, listening to a piece of music about Nelson Mandela, I began to think about the arms deal and the apathy I encounter whenever the subject arises. I wondered, if there were such a thing as a corruption audience, would it even fill that modest jazz club?

Some months ago, Andrew Feinstein, the ANC MP who resigned from Parliament over the arms deal and went on to campaign against the global arms trade, was the keynote speaker at an arms deal event. It was organised by some NGOs, and word that Feinstein was speaking was advertised and funneled through the usual public relations networks. I was one of just 15 or 20 audience members.

Captivated, my fellow listeners gasped and grimaced as Feinstein laid bare fact after fact about this global industry of graft and filth and war. You see, it isnâ€™t just the corruption required to make these arms deals work that horrified the audience; it was the realisation that the global arms trade is an industry of death, and that as of 1999, our tax money is a part of it.

Our own arms deal does little to hold the publicâ€™s imagination anymore. Granted, it is a complex tale, because thatâ€™s how corruption works. Envelopes arenâ€™t simply handed over â€“ there are webs of offshore bank accounts, middlemen, code words, encrypted faxes, and bribes disguised as donations or shopping trips abroad.

The public gallery at the arms deal commission of enquiry sits empty, save for the odd security guard who pops his head around the door and mutters about this witness or that. The Right 2 Know Campaign protests outside the venue almost daily now, but passersby barely seem to notice.

The arms deal did not feature at all as an election issue this year. Worse still, young people interviewed by the Daily Vox looked puzzled when presented with names like Thales. I am sure they are well acquainted with names like Oscar Pistorius, though.

Why doesnâ€™t the arms deal seem to matter? Surely, there is a realisation that this was not a simple business deal gone awry; that it is our very democratic project defiled? We should be furious. At the very least, we should demand to know every detail about those 783 counts of corruption.

The information is everywhere if one cares to look. The commission has thousands of documents before it, many of which are easily accessible in the numerous books, articles and reports written about the arms deal. But to read these tomes, to really read the details, requires that we care.

One researcher put it rather profoundly, I thought: the success of those who scored during the arms deal was not a monetary success. Rather, their true success was in convincing us that they could get away with it and that there was not a damned thing we could do about it.

They knew that time would wash away their sins and that slowly we would forget. What fools we were. Were we tricked? Maybe. What matters now is that we are not tricked again, and that we finally, finally make sure that those around whom corruption allegations continue to linger, have their day in court. This is especially important as we prepare to sign on the nuclear dotted line.

It is forgivable to be fooled when you are young, naÃ¯ve and a concept is brand new. It is quite another thing to be fooled again simply because you could not be bothered to pay attention to the information in front of you.

Deals like this, deals like ours, should not be niche areas of interest, like jazz. They are legal and ethical mine fields, where the powerful meet the powerful to exchange expensive and dangerous goods for a lot of our money, in total secrecy. They deserve a bigger audience. Sarah Evans is a Mail & GuardianÂ news reporter. She’s a recovering musician who became a journalist while interning for the Diamond Fields Advertiser in Kimberley. She spent three years reporting there before completing an internship at amaBhungane, the Mail & Guardian Centre for Investigative Journalism. Her areas of interest include crime, law, governance, and the nexus between business and politics. Her areas of disinterest include skyscrapers. Follow her on Twitter.