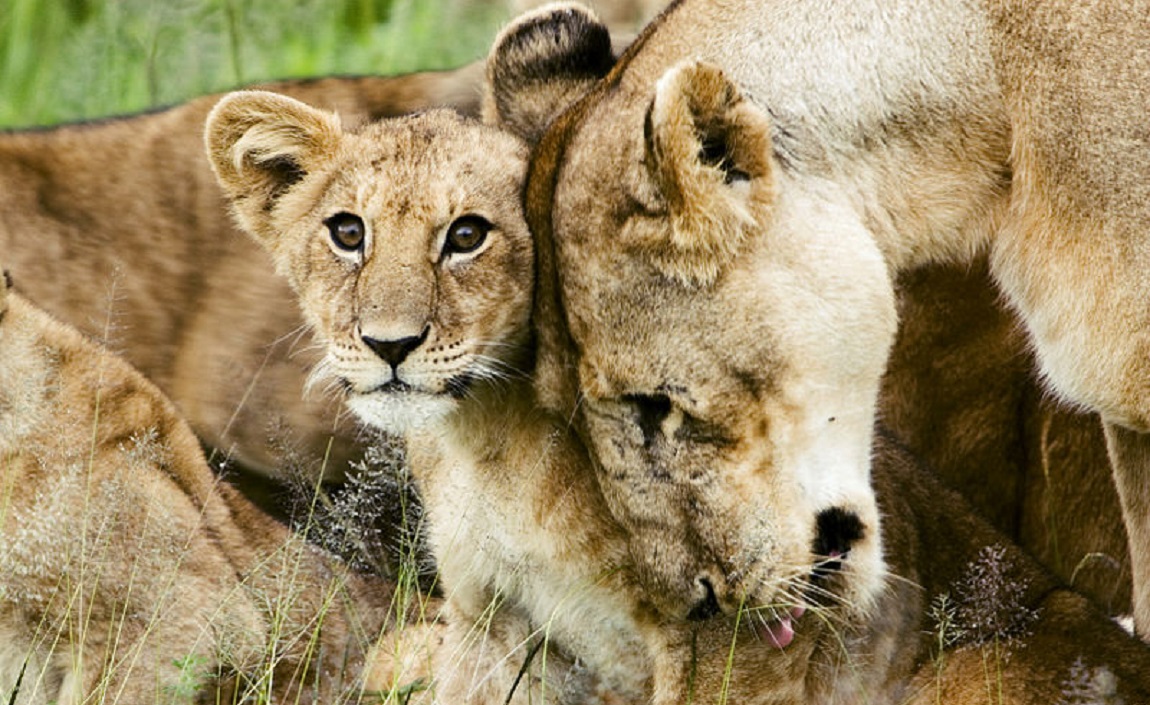 Captive lion breeding is a cruel but legal practice that still happens in South Africa. Lions are bred in private farms where they are used for exploitative purposes like canned hunting and the lion bone industries. Efforts by conservation companies to stop this practice have proven difficult in the face of the supposed financial benefit of the industry. The Daily Vox team takes a closer look.

What is the canned lion industry?

The canned lion industry consists of lion cubs who are born into captivity and taken away from their mothers just days after birth. They are then fed and looked after by volunteers at these facilities. The lions are used for petting and walking expeditions with tourists. The fully grown lions are used in canned lion hunts where they are hunted and killed for sport. Canned hunting refers to the killing of captive or tame lions in confined spaces. The lion skeletons are sold for the lion bone trade.

South Africa has a great number of farms and breeding facilities where these lions are bred and captive lions are kept. People come to these facilities where they pay far less than for the hunting of free lions – and where there are guaranteed a lion kill as the lion has no way of escaping the hunters. South African law allows for the breeding of these lions which are used primarily for the canned hunted and the Asian predator bone market.

The campaign against canned lion industry

There is an ongoing campaign which aims to bring an end to canned hunting and the exploitative breeding of lions and breeding facilities on farms across South Africa. Blood Lions is the organisation which is trying to raise global awareness about the issue. Additionally, the campaign wants to encourage individuals to make “responsible choices for visiting or supporting wildlife interactive tourism facilities and activities.”

Ian Michler lead consultant of the Blood Lions movie – released in 2015 – spoke to The Daily Vox about the issue and what the government is doing to stop it. The movie follows Michler onto breeding farms to witness the battery-farmed lions. According to the film over 800 captive lions are shot in South Africa – mostly by international hunters – contributing to a multimillion-dollar industry. The movie also found out that the breeders of these animals claim that they are involved in conservation and research – yet research finds that those claims are not true.

Michler says the organisation tries to get people to understand the exploitative industry. “The biggest problem is trying to get people to understand the link between the breeding, and cub petting, walking with lions, the lion bone trade, and canned hunting industry. There is a link and it is all part of a brutal and exploitative industry,” he says.

In August 2018, Parliament’s Portfolio Committee on Environmental Affairs hosted a two-day colloquium on captive lion breeding under the title: Captive Lion Breeding for Hunting In South Africa: Harming Or Promoting The Conservation Image Of The Country. The colloquium heard submissions from the department of environmental affairs (DEA), the scientific authority, the department of agriculture, forestry and fisheries, and conservation bodies. After submissions from all the parties involved a report was adopted by the Parliamentary Committee.

The colloquium was organised to facilitate debate around the future of the captive breeding and hunting industry in South Africa. The portfolio committee chairperson on environmental affairs Mohlopi Mapulane said at the time: “There is an outcry, and we must find a way to address it as soon as possible.”

“What is worrying is how this issue is affecting SA’s standing internationally. We cannot allow [captive lion breeding] to blemish our internationally-acclaimed wildlife and conservation record.”

In Michler’s opinion, the government is not doing enough to stop the canned lion industry especially the DEA. “The tourism department understands the damage to brand South Africa. The scientific and conservation community are against the industry. We are at a loss to understand why the DEA is not more proactive,” he says.

How people can help

The law and government might be proving difficult to move to get strong legislation against these exploitative industries. Individuals can play a part in stopping the exploitation of these animals. Michler says people should not visit any of the facilities where you can pet and walk amongst cub lions as they are not conservation organisations. “Most of them are merely just exploiting lions for commercial purposes,” he says. He also encourages people to educate themselves about the issue by watching the Blood Lions movie to find out more.

Instead of learning of lion conservation at cub petting and walking facilities, there are many organisations to learn about proper lion conservation. These include the Pansera Conservation Agency, Endangered Wildlife Trust, Wilderness Foundation, and the African Lion Working Group. Michler points out that none of the lion petting and walking facilities are registered with the African Lion Working Group.

“They will never be allowed as they are tourism facilities and not conservation facilities,” he says.

If you would like to watch the Blood Lions movie, it’s available to purchase via Takealot or stream on Showmax.