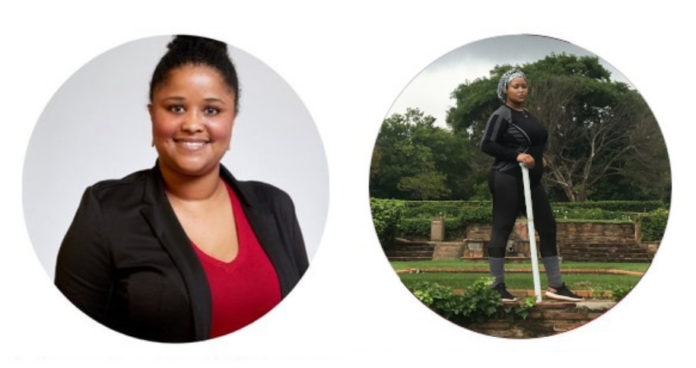 During Women’s Month (August in South Africa), The Daily Vox hosted two Instagram Lives with inspiring women. The team was joined by Dr. Tana Joseph, an astronomer and Nomawonga Khumalo, a filmmaker. Here is the recap of the conversation.

Joseph is a South African astronomer, with a research focus on binary star systems outside of the Milky Way Galaxy. In 2013, she completed her PhD at the University of Southampton before returning to Cape Town to start her research career. Dr. Joseph is passionate about science communication and firmly believes that science is for everyone.

In 2018, she founded her own STEM communications and consulting company, AstroComms. In addition to her research and science communications work, Dr. Joseph is also involved with transformation and decolonisation efforts in astronomy. In this capacity she works to make academia a place where anyone, regardless of their background and circumstances, can thrive.

During the live, Dr Joseph chatted about her work in decolonising astronomy. “Learning in your mother tongue is extremely important. This is one way to decolonise Astronomy studies,” said Dr Joseph.

Khumalo is a Johannesburg-based writer and director who uses her work in hopes to achieve social cohesion through a deep interrogation of social injustices. Her writing and directing debut in the short film format is Five Tiger. The film was selected for the PÖFF, the shorts section at the Estonian Black Nights Film Festival as well as the Atlanta film festival, the San Diego film festival and the prestigious Sundance Film Festival.

The short will have its European debut at the Bolton Film Festival. Khumalo’s tenure in the film industry spans over a decade, working as set tutor, production assistant, camera technician and script supervisor. She is moved by stories of feminine identity, family and society with a special interest in how insti-tutions serve and affect each respectively. Khumalo has a special interest in the understanding and education of African Culture and femininity and hopes her work will aid in the uncovering of truth behind customs, a re-education in tradition. She is currently in development for her upcoming feature, The Bursary.

Khumalo spoke about the challenges of being a woman in the entertainment industry during the live.