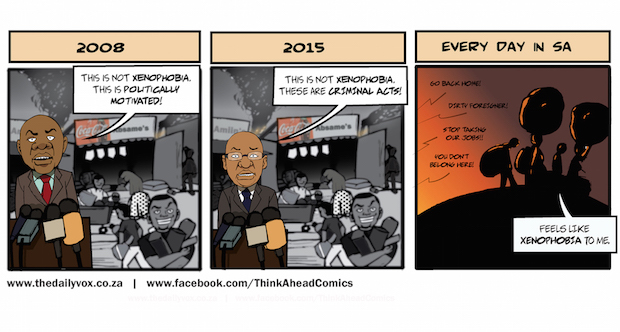 In 2008, political leaders claimedÂ the violent attacks on foreignersÂ that spread throughout South Africa were â€œpolitically motivatedâ€, and instigated by a â€œthird forceâ€ â€“ not fueled by xenophobia. Seven years later, and politicians are now placing the blame for such attacks on acts of criminality. But if it looks like xenophobia, and feels like xenophobia, should we not be calling it just that?