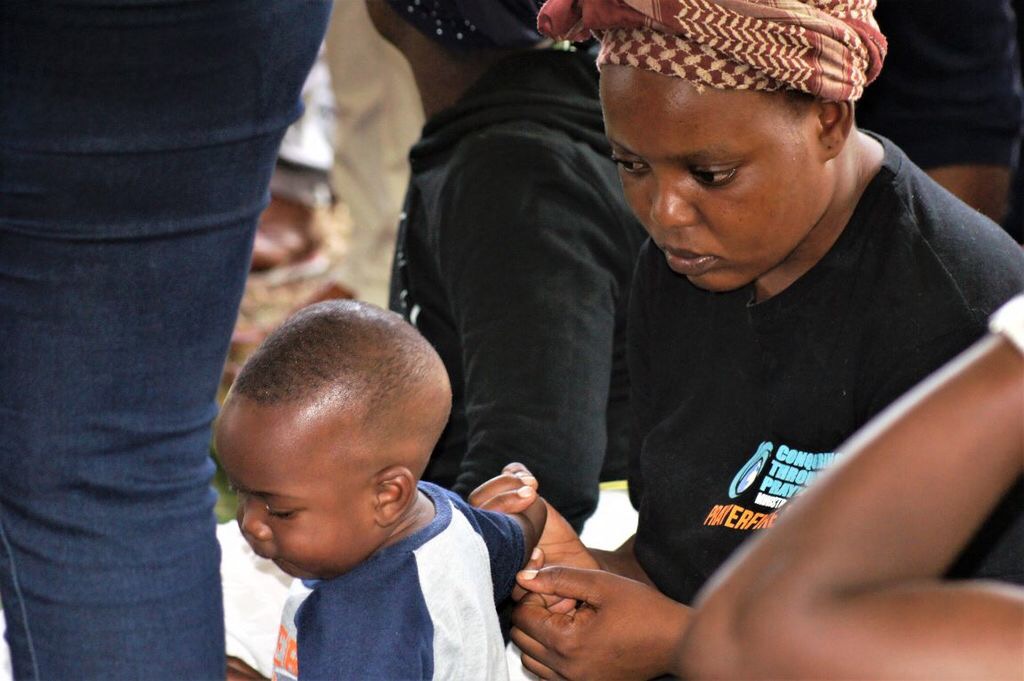 Last week, about 150 Malawian nationals in Durban were displaced following attacks by locals in Burnwood Road, Sydenham. The distraught families say they lost everything.

Men, women and children, all victims of the violence that eThekwini Mayor Zandile Gumede has dubbed ‘criminal, not xenophobic’ were left with nothing as they escaped the informal settlement. Nobody knows why they were attacked, but according to what they were told, they were being accused of stealing from South Africans.

Angel (26), a mother of a 6-month-old baby boy said she was informed by one of her neighbours that they would be attacked that night.

“I was confused when she told me to pack my baby’s clothes. I asked her what had happened but she told me to do as I was told, and early hours of Tuesday morning, people came with knives and pangas. They chased us out,” she said.

She breastfeeds her son but on Thursday, she had to make a plan and buy him a porridge because she didn’t have enough breast milk as she hadn’t eaten for some time. She says life at the plot is hard as their future is bleak.

“I’ve been in South Africa for two years now, and this is the first time I’m experiencing this. I’m scared and just want to go home but I have no money,”she said.

When the Daily Vox visited the place of safety on Thursday, it was scorching hot and the men, looking exhausted, angry and scared were laying down inside the hot tent with no ventilation. Their mattresses, blankets and the little they could grab from their homes was the only things inside the tent.

Other men were playing soccer outside trying to pass the time, as they couldn’t go to work or anywhere outside the place, for their own safety. A 22-year-old woman, Loveness who sat on the shade outside the tent looking tired told the Daily Vox she was nine months pregnant with her first child. She and her husband are unemployed, and now that they have lost everything, they don’t know what they will do.

“This is my ninth month and the baby can arrive at anytime. I’m scared of what would happen if I could go into labour right now, because I have nothing at all but the clothes I’m currently wearing. I’m worried and scared at the same time, I don’t want to go back there I want to go home,” she said.

With no one employed in the house, she said they survive with the help of her brother who assist them here and there.

It remains unclear what sparked the violence, however, people reject the mayor’s statement that the attacks were rather criminality than xenophobia.

One man, Menardi who was assaulted and had his bone fractured said he was lucky to have fled.

“They forced the door open with a hammer and started demanding for phones and money. I told them I didn’t have money, they took the phone and beat me up but I was able to escape. I had to be rushed to the hospital for medical attention,” he said.

EThekwini Municipality Mayor Zandile Gumede said in a press briefing that the displaced would be integrated back into the community within 48 hours, but people have made it clear they wouldn’t want to go back to the place.

“I don’t want to go back to Burnwood, people hate us there. I want to start over in life but how do you start over when you have nothing left, everything you had has been forcefully taken from you?” a Malawian national, Abdul, asked.

These people have little to nothing left of what they owned. Even if they were to return to the settlement, they say it would be hard to make ends meet without proper shelter, and their safety is not guaranteed.