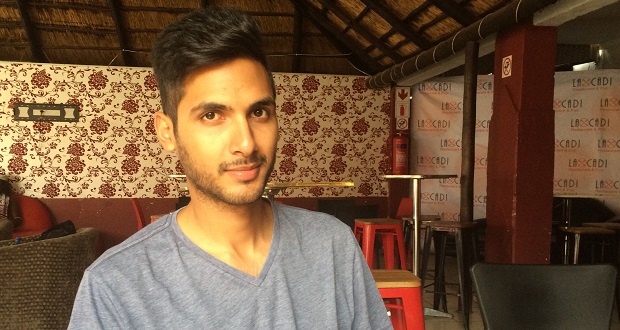 The Abantu Book Festival kicked off this week at Sowetoâ€™s Eyethu Lifestyle Centre. On Friday afternoon The Youth Filmmaker project (which provides young graduates with an entry point into the film industry) ran a session called, Cut! Our Stories and Stage and Screen, where Vivek Mehta showed his movie, The Rowing Club. We caught up with him afterwards to speak about his film and the struggles of being a young South African filmmaker.

Whatâ€™s your film, The Rowing Club all about?

The Rowing Club was part of an initiative for young filmmakers, particularly people who had just come out of university. It was a process where we submitted a story that we wanted to do. It was reviewed and once accepted we were mentored. It took about ten months to write and develop our stories into 24-minute films.

The production process was more about teaching us what to focus on as director, because now we are making the transition from writers to directors. The Rowing Club was for me initially an idea that I had about three years ago and I wanted to make the story.

It was mostly a collection of personal events as a young teenager/in your twenties. You tend to go out a lot, you tend to mingle with a lot of different people. I was privy to a lot of things that you get to see when people are drunk. So my idea was to tap into that drunk conscious level of South African youth. One of our themes was, push and shove, so itâ€™s about pushing and shoving in terms of identity. I took that a little bit further and I said, letâ€™s look at the post-apartheid 21 years of democracy identity. How much have we changed, how much have we been shaped, etc. It was also a look at the covert racism that still happens nowadays.

How difficult is it to be a young South African trying to break into the film industry?

It is because the industry as it is, is quite a small industry and quite a close-knit one so you have to work particularly hard to get in. But once you get in itâ€™s about maintaining and sustaining your work level so you can continue to get more work. Iâ€™ve been in the industry for about four years now and itâ€™s been pretty decent so far, Iâ€™ve had my fair share of work so itâ€™s been good in that way.

How can we make it easier for young people to get into the industry?

I think to open up the industry more is to give more opportunities to more graduates, young filmmakers. Itâ€™s a very expensive business, so you can understand if you donâ€™t want to jeopardise millions of rands on young people. But we have to start somewhere, they have to give us room that are not to costly but still allow us to make mistakes and continue to grow.

Editor’s note: The incorrect spelling of the movie title and director’s name have been changed