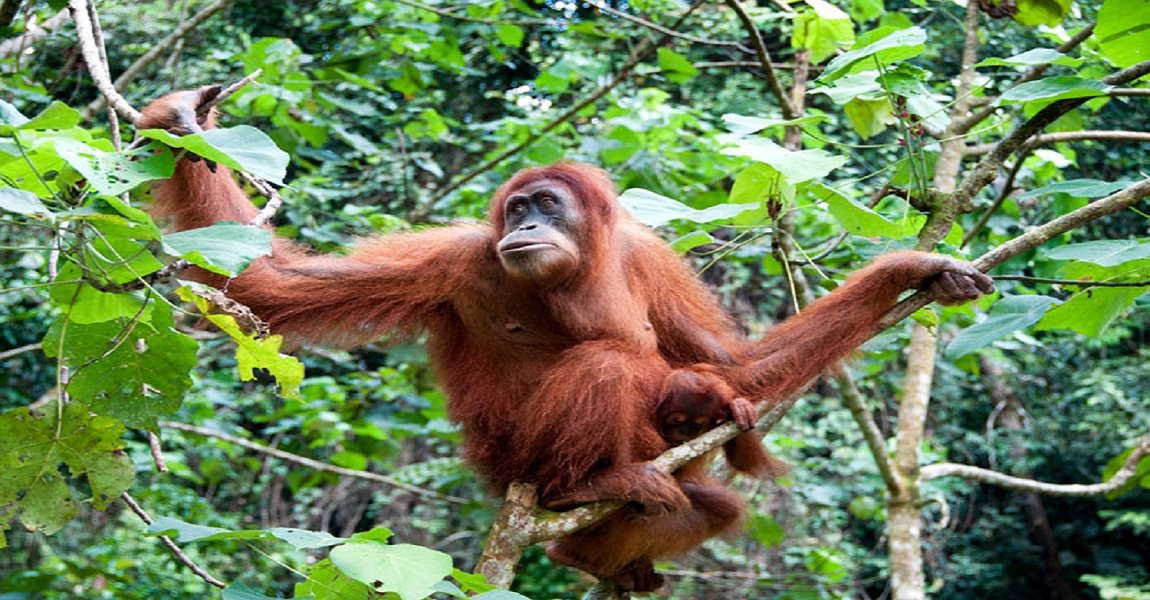 This weekend a heartrending video that showed how palm oil growers wreak destruction on a baby orangutan’s rainforest habitat went viral on social media. The video – a repackage of a Greenpeace short film – was to be used by Icelandic supermarket Iceland Foods as it’s Christmas advert but was banned for being “too political.”

You won’t see our Christmas advert on TV this year, because it was banned. But we want to share Rang-tan’s story with you.
Will you help us share the story?https://t.co/P8H61t6lWu

Clearcast, which approves adverts on behalf of broadcasters like Sky, Channel 4 and ITV, said it couldn’t allow the ad to air as it is against the rules of the Broadcast Code of Advertising Practice. This move has been widely criticised and a petition was Change.org started on to get the ban overturned. So far, over 622,000 people have signed it.

But what’s so political about palm oil – and is palm oil cultivation as bad as the video is making it out to be? The Daily Vox explains.

What is palm oil?

Palm oil is an edible vegetable oil extracted from the palm fruit, which is grown on the oil palm tree. Although oil palm trees originated in West Africa, they can grow in climates where heat and rainfall are abundant. The oil palm tree is grown throughout Africa, Asia, North America, and South America, but Indonesia and Malaysia account for 85% of all palm oil production.

As the most widely-used vegetable oil in the world, you can find palm oil in most products on the shelves. From chocolate, to pizza dough, lipstick, detergents, soap, and even bread – it’s difficult to find products that don’t contain palm oil.

To put it it simply: palm oil is bad news. Tropical rain forests are basically wiped out to clear land for oil palm cultivation. The World Wildlife Fund (WWF) estimates that an area equivalent size of 300 football fields of rainforest is cleared every hour to make way for palm oil production.

As a result, the industry is linked to a number of atrocities including deforestation, climate change, habitat degradation, animal cruelty and indigenous rights abuses in the countries where it is produced.

So, Are the orangutans really dying?

The deforestation is pushing many species to extinction. These include tigers, rhinos, elephants, bears, leopards, monkeys and orangutans. Conservationists say over 90% of orangutan habitat has been destroyed in the last 20 years. An estimated 1000-5000 orangutans are killed each year to make way for oil palm trees. As a keystone species, the orangutan plays a vital role in maintaining the health of the ecosystem. For example, they are literally responsible for the existence of the forest. In Indonesia they spread rainforest seeds, many of which can only germinate once passed through the gut of an orangutan.

Once palm oil plantations are established, displaced starving orangutans are often brutally killed as agricultural pests when they scrounge for food in the plantation areas. Palm oil production is a hotbed for poachers and wildlife smugglers who capture and sell wildlife as pets, use them for medicinal purposes or kill them for their body parts.

At the rate we’re going, the orangutan could become extinct in the wild within the next five-10 years, and the Sumatran tigers in under three years.

How is palm oil production linked to climate change?

Deforestation is linked to soil erosion and, because fire is used to clear forests, massive air pollution from smoke. Much of the land on which palm oil plantations have been established is peat swamp forest. Draining, burning, and conversion of peat swamp forests is responsible for climate change. Indonesia is the third largest carbon contributor of carbon to the world’s atmosphere after China and the United States.

Palm oil companies prefer to clear primary forests, rather than degraded areas or grasslands, for economic reasons. Forests don’t need as much chemical fertiliser (which is pricey) to forest and is instead fertilised from ash produced by the fire. Besides, when the invaluable timber isn’t burned down, it is cut down and sold to subsidise the cost of clearing the forests.

But it creates jobs though, right?

Palm oil is a huge industry. For example, it accounts for 11% of Indonesia’s export earnings and is the most valuable agricultural export. Overall, it is Indonesia’s third largest export earner. While many people are employed by palm oil companies, these companies have also exacerbated conflict with local communities in Indonesia over traditional land rights. Many locals have been evicted from their customary land holdings leaving their local communities impoverished, and leading to conflict with palm oil concession companies.

Besides this, the industry has been linked to major human rights violations, including child labour in remote areas of Indonesia and Malaysia.

With the industry systematically destroying the rainforest land that local communities depend on, locals have little choice but to become plantation workers. This is despite the human rights violations, poor working conditions, and meagre pay. This just creates a dependence cycle where indigenous communities become reliant on the palm oil industry for their survival, leaving locals vulnerable to the world market price of palm oil which they have no control over.

What’s being done about this awful, awful situation?

The Roundtable on Sustainable Palm Oil (RSPO) was established in 2004 to set up voluntary guidelines for “greener” palm oil production. The RSPO has tried to encourage “sustainable” palm oil production that doesn’t ruin primary rainforests or violate the land rights of local people.

Organisations like WWF continue to encourage companies to use certified sustainable palm oil in the products they make and sell, and eliminate incentives for palm oil production that lead to the destruction of forests.

However, while it sounds promising it is debatable whether this is just a greenwashing scheme as forests continue to be torn down and local people are still jailed for protesting the taking of their land.

What can I do to ease my conscience?

Like with the boycotting of single-use plastic straws, there is a lot of responsibility heaped on the consumer. But as a consumer, you can make a difference.

It will be a difficult feat to forgo all products that use palm oil. You can limit your consumption of products with palm oil though. These apps will tell you if your product contains palm oil.

You can also call and write to big companies to urge them to use certified sustainable palm oil.

Here are also some initiatives you can donate to.

Here’s to doing better for our environment.