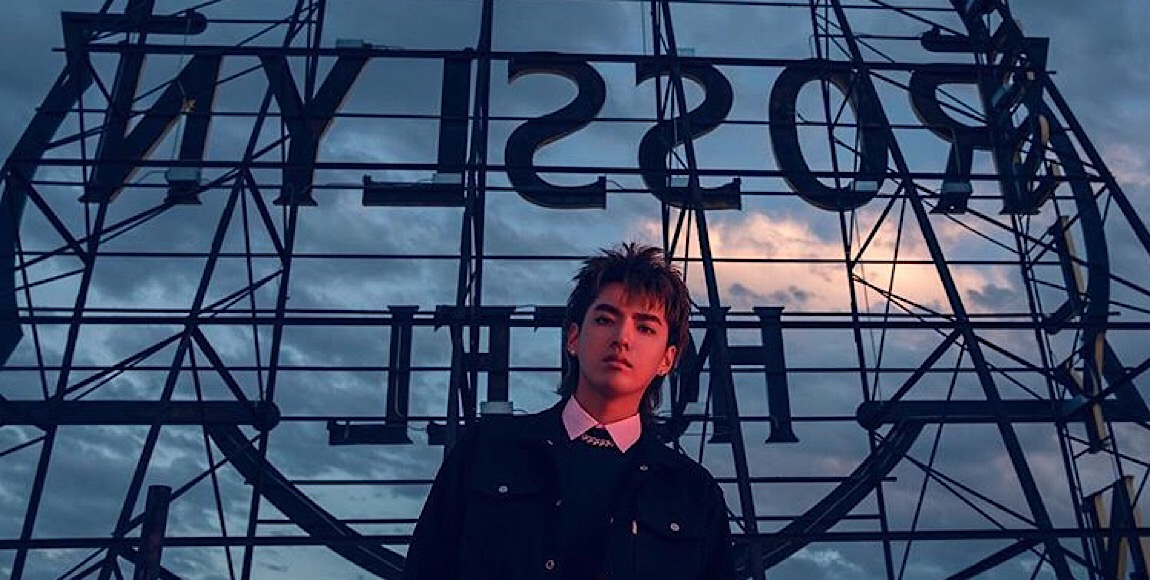 Wu released the album on November 2 and by November 5 many of the songs from his album went straight to the top 10 in the United States (US) iTunes charts. This meant that Ariana Grande’s song thank you, next didn’t debut at number one and her song was the only non-Wu song in the top five.

This caused quite a panic because apparently Grande, her fans, and major US media houses had no idea who Wu was.

Isnâ€™t @iTunes gonna do anything about this #KrisWho bot thing? If anyone can just get away with violating the rules like this whatâ€™s the point of having rules then? Itâ€™s super detrimental to your credibility and i hope you guys will actually take action against this.

Arianators and her manager Scooter Braun alleged that Wu’s fans used bots to chart. Grande actually liked a tweet which shaded Wu’s popularity as being manufactured. Even though some of the US pop market seemed unaware of Wu, it doesn’t mean he doesn’t have a huge fan base.

Ariana Grande always act all cute and innocent and is acting like spreading love ect but when a Chinese artist takes the spotlight away from her she turns into a salty hater? she liked a tweet shading Kris Wu while no one proved anything? ugh i’m glad i don’t stan pic.twitter.com/qplVjuhVoK

For those of you who don’t know, Kris Wu is actually kind of a big deal.

WHO THE FUCK IS KRIS WU pic.twitter.com/EeihMiWZ3H

He is a former member of one of South Korea’s most successful K-pop acts (no, not BTS) EXO. Since then he has embarked on a successful career as a solo artist and actor in China – and even in the US. Wu has released several tracks that have featured as OSTs (Original Soundtracks) on Chinese box office hits and digital singles. When he released a single called Deserve featuring US rapper Travis Scott in October 2017, it charted at number one on the US iTunes chart, making Wu the only Chinese artist to achieve the feat. Antares is his first solo album.

But the accusation that Wu used bots seemed to stick. iTunes seemed to responded by taking all of Wu’s tracks off the charts – seemingly proving Arianators right. Later Grande’s camp changed the accusations from being about bots to saying Wu’s fans used illegal virtual private network (vpns) to make his album chart.

US media house Variety kept quoting an “well-placed industry insider” who said that Wu’s iTunes sales have been obtained fraudulently. A statement from Nielsen, a company which published chart data for Billboard, revealed that they would be be investigating the legitimacy of the Wu’s sales.

Arianators and many US media houses in the US said because Wu was apparently unknown in the US and had very few fans on Twitter, it’s extremely unlikely that his songs would chart so high.

Wu’s songs quickly fell off the charts by November 6. There were allegations that Braun had gotten them removed by contacting iTunes about the use of bots – and once the bots were removed his songs were removed. Braun later denied that.

However, Wu’s album release was delayed in China until November 6 – which was his birthday. Chinese fans might have used vpns to stream the album when it wasn’t available in their country, and then reverted back their own accounts once it was released in China. Besides, Twitter is banned in China so Wu’s following on Twitter is not indicative of his entire fan base.

can yâ€™all just let this kris wu guy be successful?? like damn ariana doesnâ€™t have to get a #1 every time lol

Wu’s label Universal Music China released a statement saying his music is still available for streaming and download on iTunes in the US, and that all of the chart’s data is correct. The label also said it would take “legal measures” against those spreading “malicious rumours”.

Wu’s fans were outraged at the bot claims. They said racism is playing a large part in people’s perceptions of him and his fan base for them to assume that the fans aren’t real – and that his music isn’t good enough to chart.

compilation of sinophobic + racist remarks against Kris Wu. bc this is the reality for chinese who make it big in the west. they are faced with racial slurs, attacks on their culture, remarks telling them to stay in china, and the threat of a witchhunt against fellow chinese. pic.twitter.com/28OLMyiP8C

Kris Wu was proven innocent but after Shaun and Ariana accused him of using bots to gain sales. Kris Wu’s Antares was completely kicked out in the charts. Ariana has been liking all the tweets defaming Kris, all the accusations to Kris. Yall doing this because he is Chinese?

Not fraudulent at all. Just shows the US music industry how valuable K-pop ACTUALLY is globally, and they weren’t ready/don’t want to accept it, lol.

The rising popularity of Asian artists like Wu and others like BTS show that the US music market won’t be solely dominated by English-speaking American musicians. The level of talent, and performance value that artists from South Korea, China, Hong Kong (to name a few) are bringing to the table rivals Western artists. The number of US artists collaborating with these Asian artists gives them a more universal appeal. It is ignorant to assume that artists who don’t necessarily sing in English do not have large fan bases or that these artists do not have fans outside of their language group.

Growing globalisation and digitisation has not escaped the entertainment industry. Global fans of Asian artists are very invested in streaming music and videos to get their artists to the top. They are an organised group who work to create, distribute, and promote their favourite artists content. Knowing that the groups they stan seek to enter a market which is immediately not receptive to them, fans often work extremely hard – through whatever means available – to get their favourites to chart, and win awards.

Tamar Herman, writing for Forbes, makes an important takeaway point from this whole saga: “Whether the China-based sales are reflected or removed, it will set a precedent for how the United States’ main music chart organisation intends to move forward in the globalised age of media consumption.”

Perhaps it’s time for western artists to make space for Asian artists as their popularity continues to grow.

Music has no borders. I make music from my heart and for my fans. NYC was lit ðŸ”¥ Thank u for all the birthday love and support. #antares pic.twitter.com/ujjQNnEoZb