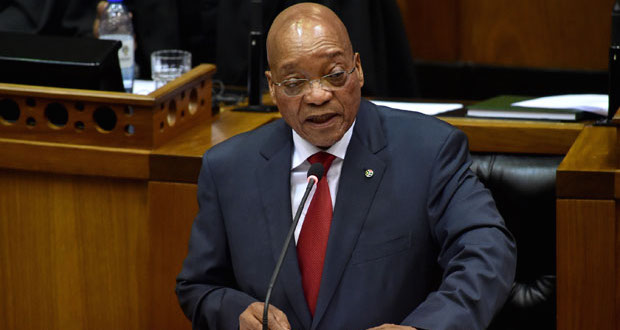 President Jacob Zuma is known for his wordy and tedious speeches. Itâ€™s when he starts to speak off the cuff that peopleâ€™s ears really perk up. His Freedom Day speech was no different. In fact, it was a mess â€“ a closet xenophobic, marginally anti-African mess.

You can read the full text in all its drearinessÂ here.

You will easily find the bit where he speaks of â€œthe Mozambican citizen Manuel Jossias, who was identified by the media as Emmanuel Sitholeâ€, a man â€œkilled during a callous robberyâ€ â€“ transcribed as â€œcareless robberyâ€ in some media â€“ and the bit where he points out that Sithole (Jossias) had â€œused a false name to avoid detection by authorities as he was an illegal immigrantâ€.

What you wonâ€™t find are the bits where Zuma said:

â€œAs much as we have a problem that is alleged to be xenophobic, our sister countries contribute to this. Why are their citizens not in their countries and are in South Africa?â€

All of which just goes to show that you can have solidarity march after solidarity march but if the president himself canâ€™t tell when heâ€™s being a xenophobe, youâ€™re not really going to get anywhere with preventing violence against non-South Africans.