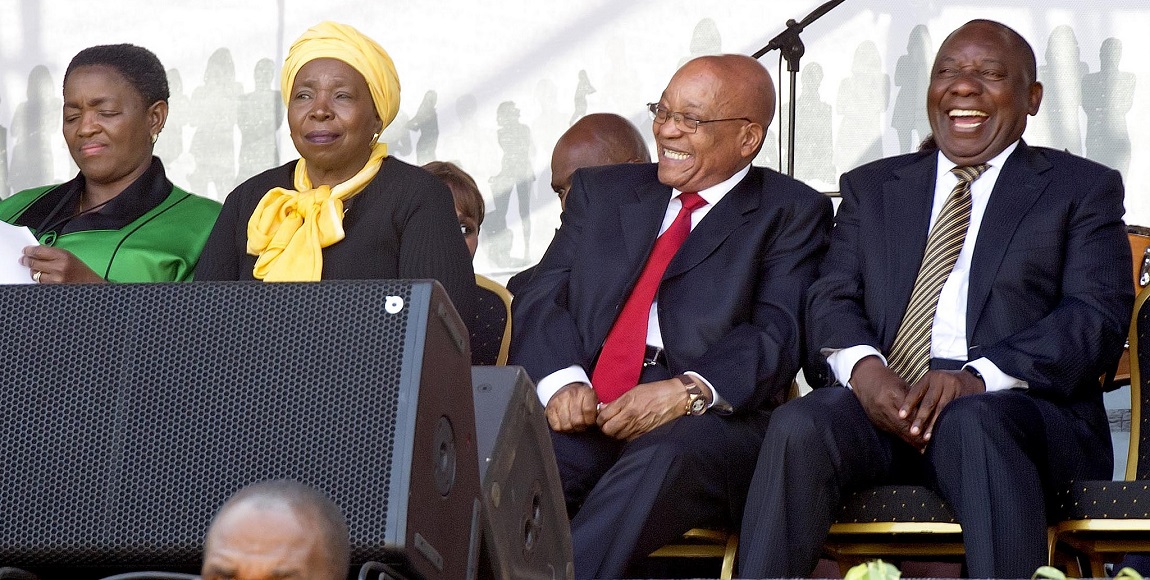 Finance minister Malusi Gigaba was the very picture of discomfort on Saturday. He was at the 54th national conference of the African National Congress, as a senior national executive committee (NEC) member. But suddenly he found himself surrounded by journalists, and answering questions on something that surely would have been far from his mind â€“ how he was going to find the money to pay for a new higher education funding regime that President Jacob Zuma had suddenly announced. Wait for the budget speech next year, he told the media. By all indications, his Christmas holidays just went to pot. He has about two months to figure out how to pay for this plan, which has promised free education to a vast swathe of the student population, in a â€œfiscally sustainableâ€ manner.

Zuma announced his plan via the presidencyâ€™s website just as the ANC conference kicked off in Soweto, prompting some analysts to wonder if he was trying to influence the outcome of the conference. This is not how things work in the ruling party, of course, but it is last chance saloon for a man who is eager to manage the outcome of the election of a new ANC president for his own personal reasons. He has thrown his lot in with Nkosazana Dlamini-Zumaâ€™s camp, and his faction lieutenants like the Free State ANC chairperson Ace Magashule have followed suit. Is this in hopes that his own mission to stave off the arms-deal-era corruption charges will continue in the hands of a successor when he no longer has his hands on the buttons of power? Very likely so. Add to this the mountain of corruption scandals that erupted during his tenure at the Union Buildings, not the least of them the state capture scandal, and you can quite clearly see why this conference is of utmost importance to the president.

NDZâ€™s rival, the deputy president Cyril Ramaphosa has made it very clear that he will pull the plug on state capture. Itâ€™s in his campaign documents. He is decidedly not the presidentâ€™s man. Considering that he is also ahead on branch nominations, you can understand the desperation of Zumaâ€™s announcement.

But heâ€™s helped neither NDZ nor Ramaphosa. Both candidates must be silently cursing the presidentâ€™s selfish decision. The simple fact is that the government needs to figure out where and how to raise billions of rands to pay for this plan without bankrupting the country, or announce that free education will not happen after all. This plan was, according to reporting by the Mail & Guardian, announced against the recommendations of the finance ministry â€“ hence Gigabaâ€™s wretched expression on Saturday â€“ and the recommendations of the Heher Commission of Inquiry into Higher Education and Training.

The recommendations of the commission turned out to be deeply unpopular amongst students, and for good reason. The report proposed a model which is similar to the one employed in the United States, which is a loan system that makes higher education crushingly expensive. This is quite the opposite to the demands of the Fees Must Fall movement. However, the commission could not make the case for free education. Many analysts have made similar conclusions â€“ the country is broke and we canâ€™t find the money to fund such a model.

Laura Lopez Gonzalez of the Bhekisisa Health Centre for Health Journalism has looked at how the fiscal trade-offs to get this free education plan may mean that other vital government programmes, such as the mooted National Health Insurance programme, may be defunded.

It seems likely to me â€“ unless Gigaba announces a massive sell-off of state assets or a similarly radical departure from 23 years of ANC policy â€“ that Zumaâ€™s plan will never be implemented. And somebody will have to sheepishly announce this to the country sometime in the future. That person will not be Zuma.

So, Zuma acted against the recommendations of treasury and of his own commission of inquiry into the issue, in hopes of securing a political victory that will protect him from prosecution, but has somehow managed to seriously compound the problems facing his successor. What a reckless, selfish act. Free education is not unattainable, but this is not the way to do it in a democratic, rights-based society. There are rules. By riding roughshod over them, heâ€™s creating an enormous problem for someone else to fix.

The irony of this conundrum should NDZ win will almost be unimaginable.