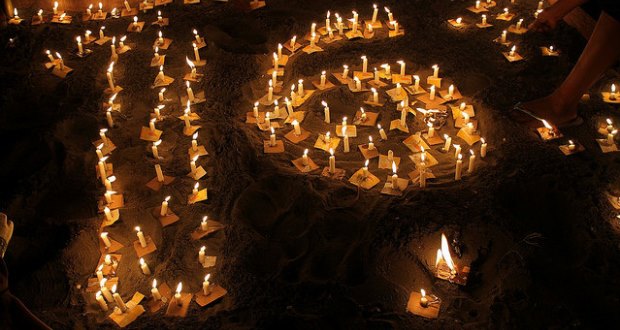 Despite years of “16 days of activism”, women still face rampant violence and discrimination at every turn, women-hating men are still given a free pass by society, LISA GOLDEN is sick of it.

I was watching a new documentary about an alleged death squad operating out of Cato Manor in Durban when my heart skipped a beat.

Not because of the the gruesome videos of men lying dead in pools of their own blood. No, the reason I suddenly had the feeling I was going to throw up was because a certain law expert had been brought on to the documentary to explain police brutality to the journalist covering the story.

Now why was a law expert, as opposed to, say, the grizzly hardened men whoâ€™ve allegedly murdered over 30Â people in the last four years, the one who made my stomach turn?

Because I had the misfortune of meeting said law expert, and he took great delight in telling me that the hundreds of thousands of women who fail to find justice in our legal system when they dare to report rape, are liars.

I was in my honours year at Wits Journalism School, and completing a long format investigative journalism piece as part of an endÂ ofÂ year project. I had had a particularly harrowing week of hearing about women who were too scared to report their rapes, who had been handed back to their rapists after reporting to the police, who were grilled about their own sexual histories if they ever did find themselves in front of a judge. I had friends who had never disclosed their own experiences of sexual violence and rape come tell me their stories.

Now it was time to find out why under 7% of all rapes (the ones that were actually reported) ended in successful conviction of the rapist in the South African criminal justice system.

And this horrible man told me that itâ€™s because women lie. That itâ€™s an â€œeasy accusation to makeâ€ when youâ€™re cross with a boyfriend or trying to get back at an ex.

When I looked a bit shocked and tried to show him some of the other research that I had, that yes, took into account false accusations, he proceeded to yell at me, saying I was going to be a terrible journalist because I had come into his office wanting my own convictions to be confirmed rather than listening to his â€œtruthâ€.

Later I heard stories from other female journalists who had crossed his path, who had similar stories of him flying off the handle, yelling, calling people names and abruptly ending interviews. Now, I canâ€™t say for sure if he treats men this way too. The stories I heard were all from women.

Whatâ€™s the point of rehashing my sweet little naive self getting yelled at in my green days of journalism by a scary, old, white man? Because itâ€™s three bloody years later and this man is still well-respected enough to be on the international news channel that I now work for. And I felt a deep, deep rush of rage when I saw his face on our screens.

And itâ€™s 2015 and we are still telling women to not get raped rather than telling men not to rape. And we’re still telling them that theyâ€™re sluts and liars and deserve it and should be more careful about where they go and what they wear and who they hang out with.

And despite all the best intentions of the international community, since the great recession caused by a bunch of old, white men, the burden of keeping the world alive is placed, brick by brick, on the poorest and most disenfranchised women of the world.

They get lung cancer from inhaling smoke from burning scraps of leftover fish day in and day out to keep their children fed in Tanzania. Their skins blister and peel after spending days in fields sprayed with so much poison their children are born deformed and sick in India. They get on rickety boats in the Mediterranean with their babies in life-jackets only to get treated like animals if they are lucky enough to make it to the other side.

And while the burden lessens significantly as you look up the economic chain, a more insidious kind of sexism exists. We could look to the US, the land of the equal and the free and the brave, right? The economic powerhouse of the world? Even in that modern world, not much seems to have progressed for anyone beside a handful of rich, white women. Women are still paid less than men, are still underrepresented in political institutions, and are clinging to basic bodily rights won in the 60s and 70s by their fingernails. The second wave of feminism hit the shore and we havenâ€™t seen the waterline shift ever since.

Because itâ€™s 2015 and we are still disgustingly far behind on so many issues despite the knowledge, wealth and resources that are increasingly unevenly distributed across our world.

Because itâ€™s 2015 and cis gendered straight women have done a shitty job preparing the stage for members of the LGBTI community as they becomes more visible and open and demand their own recognition and rights.

Because itâ€™s 2015 and racism still lies deeply embedded in the way we approach feminist issues.

Because itâ€™s 2015 and women still say that they donâ€™t identify as feminists because they arenâ€™t â€œman-hatersâ€.

Because itâ€™s 2015 and we still have to meekly and mildly ask people to kindly stop killing us, please.

If you want to read my (now old) story about rape and the SouthÂ African criminal justice system, click here.

If you want some good news about womenâ€™s rights, watch Al Jazeeraâ€™s new series Women Make Change which focuses on the economic, social and political gains that come from investing in women.

Lisa Golden is a restless Joâ€™burger currently working in Qatar for Al Jazeera English in the documentary department. She hates writing bios for herself in the third person, rather follow her on Twitter: @lisajozi