Home Features This is why young people wonâ€™t be turning up at the polls...
WhatsApp
Facebook
Twitter
Email
Print 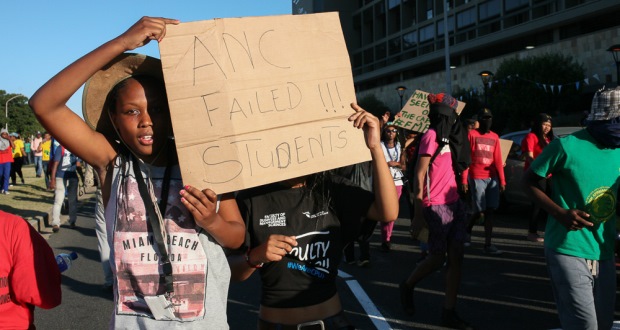 With the 2016 local elections just days away, all eyes are on young people. Just how will they vote? The Institute for Security StudiesÂ has done some research which shows that young people are not actually that keen on the whole election thing. Hereâ€™s why.

Even though young people realise the value of voting, they often don’t find it the best way to bring about change, especially in issues like unemployment.

That’s right. Dab away while youth unemployment rate is at crisis levels. The ANC will break your heart and stomp all over it.

Young people see politics as full of corruption and self-enrichment, according to researcher Lauren Tracey. They do not see it as something that will ever benefit them through their vote.

What a speech Mmusi Maimane!!! We want change, Anc has failed us the youth we know what to do on 3rd!! #vivaDA

Poor infrastructure and lack of service delivery, particularly in more rural areas, is a point of contention for young voters, who find themselves increasingly disillusioned by the fact that these issues remain a reality. They don’t really see how a vote will change them.

#EFF Malema says the ANC government has abandoned the youth of this country,”We as the EFF seek to revive that”STM

A proposed solution that Tracey offers in her findings is voter education programmes to be put into place at schools, and more outreach through different approaches to raise awareness to the youth about politics and democracy.

It’s like the ANC thinks the youth izothatheka yi dabbing or these celebrities. That time we want free education.

5. Lack of engagement through social media

Tracey offers this as another solution to the apathy issue – the youth need to be spoken to in their own language. In the digital age, that means through people in power better using social media and technology in a savvy manner to engage the youth, and bridging gaps where they may be.

Although the ANC has been popular among recent generations, their popularity isn’t always sticking. Young people are looking at changing their allegiances – but aren’t always certain about who to choose.

Still an undecided voter though.