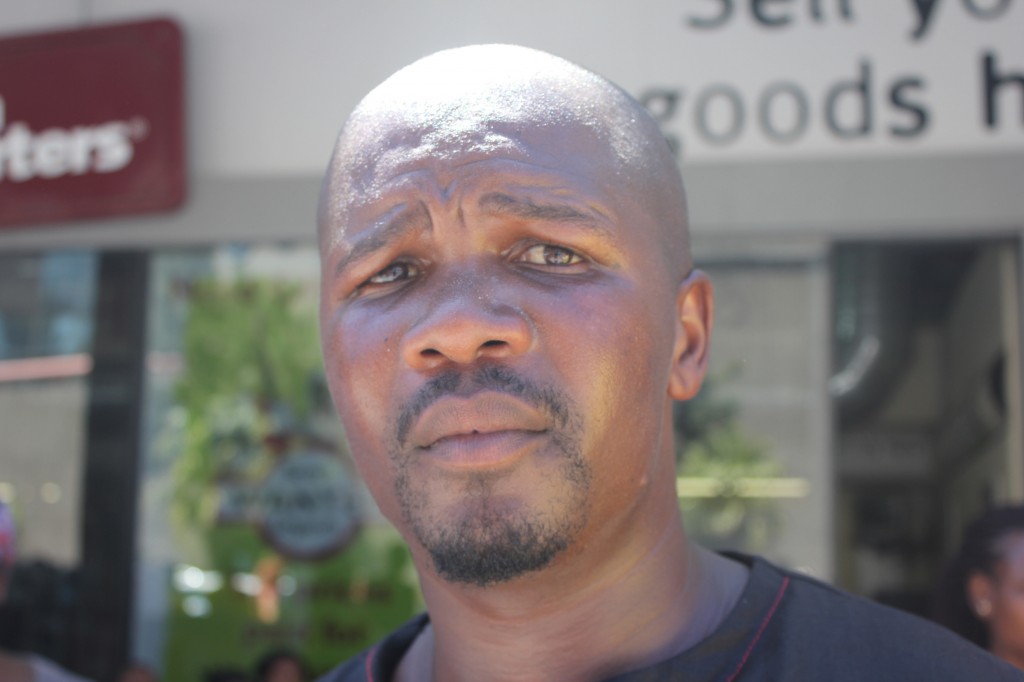 Hundreds of supporters took to the streets to stand in solidarity with Nkohla in Cape Town on Friday. Demonstrators were carefully watched by a heavy police presence as they marched to the Grand Parade Station. While many marched through the CBD to support Nkohla, some appeared under the Sesâ€™khona banner to march for housing, jobs and service delivery.

RA’EESA PATHER spoke to the protesters. I donâ€™t like what they are doing now, the ANC and the DA. DA is pushing out the guys of the ANC on the subcouncil. I am not supporting DA or ANC, I am supporting Sesâ€™Khona [a new civic organisation]. We want housing and jobs. I donâ€™t support the ANC, but we all must come together as one, for one goal only. We want toilets and houses. I donâ€™t think Sesâ€™khona [a new civic organisation] will help us get these things.

We just want things to turn around in Cape Town, you see, because the vote is around the corner. Loyiso is in court, but they have no charges against him. He did nothing wrong. We are here to support comrade Loyiso. He was fighting for us, for the poorest, for informal settlement people. I think the state of the nation is quite clear, but the ANC must focus on some of these issues. We need sanitation, informal settlement houses and land. Five years is too little to try to change everything.