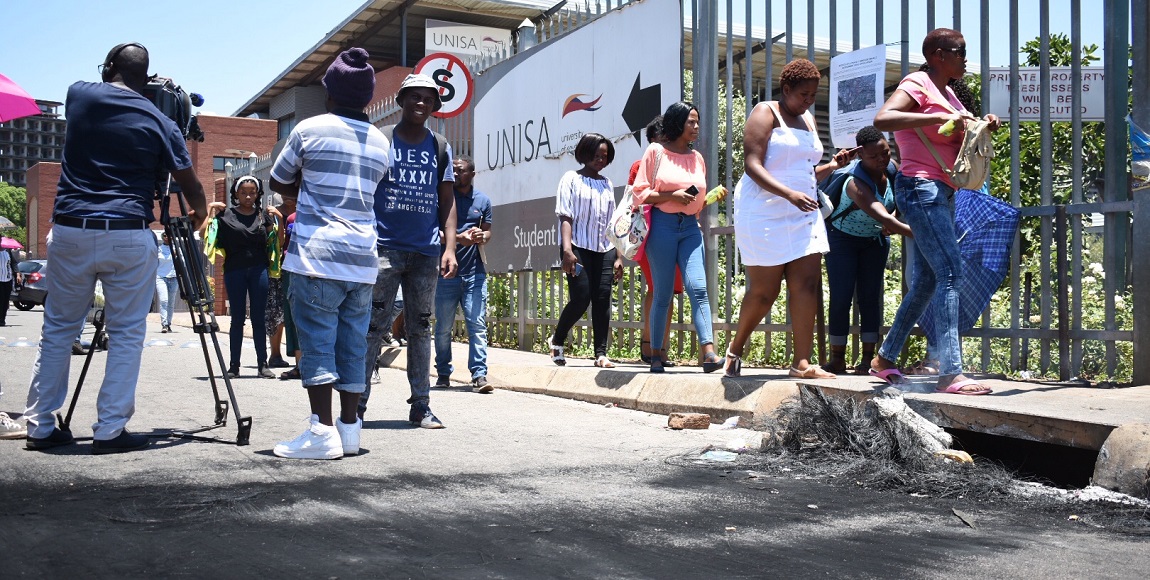 On Monday, registration for the new academic year at the Sunnyside campus of the University of South Africa (Unisa) was shut down, as Sasco members blockaded the entrance to the admin building. Scores of frustrated students seeking to register eventually took to jumping over the gates, though all Unisa administration staff had vacated the premises. By the afternoon students were allowed into the administration building in order to self-register online via the computers available in the building.

In an interview with The Daily Vox, South African Students Congress (Sasco) member Muzi Matengwa said that he and other members slept overnight at Unisa and blockaded the entrance to Sunnyside campus from 4 am. He said that the reason for the shutdown was due to the list of demands relating to university access which they wanted Unisa management to commit to.

Unisa national SRC deputy president, Sello Nkhatho, offered a long list of particular demands that he said Sasco wanted answers before they would allow the registration process to proceed.

Deputy president of UNISA national SRC explains why registration is closed and why SASCO wishes to continue with shutdown until demands met. pic.twitter.com/hrTADBTZU7

The Economic Freedom Fighter Student Command (EFFSC), however, were not in favour of the shutdown.
Tiego Khoza, a member of EFFSC, said in an interview with the Daily Vox that people had been queuing at the university from the morning. Some arrived here as early as 3 am coming from Eastern Cape and rural areas.

â€œThe EFF is asking that the universities allow walk-in applications and that those who arrive in the day be allowed to register as well. So the EFF is saying, allow the students to be in the system first, that is the most important thing,â€ said Khoza.

Khoza said a scuffle broke out between the EFF and Sasco over allowing students to register first before moving on to other issues. Some students said they were not sure what protests were about. Delight Semono, 20, who will be registering for tourism, got to the campus early on Monday morning. She had to travel on public transport from Mamelodi only to be told by protesting students that she was not allowed to register.

â€œI donâ€™t know why they are striking, they’re wasting time for students who want to apply and register,â€ she said.
Another student, who wished to remain anonymous, said she was registering for the first time and was frustrated because she had been on campus for longer than expected. â€œIt only took me 15 minutes to register once I was on campus. I am just relieved it is done now,” she said.

Around midday, the gates to Unisaâ€™s administration building were opened. Students who were computer savvy registered online while police monitored. Students were asked to leave so they could be addressed by the SRC outside the campus.

An SRC member from the EFFSC stated they were meeting with management on Tuesday and if their demands were not met by 2 pm the protests would likely continue.