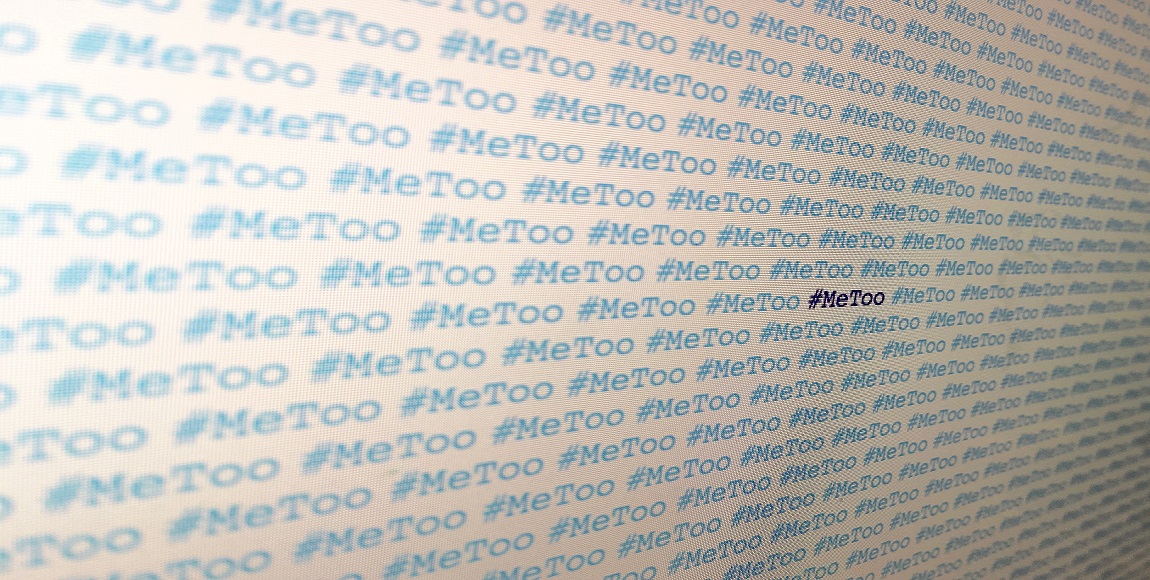 Just as the neocolonial world has come to realise that it needs to be repeatedly bombed into democracy, we have, based on the same premise, another lesson, MEENA KANDASAMY writes. This one, from the women who have internalised misogyny and have put up their hands up to celebrate molesters and it goes: â€œThe attempt at raping you shall be pursued in the celebration of your own sexual freedoms.â€

That is what the French women who have signed the anti-#MeToo letter seem to be saying. In constructing â€œconsentâ€ not as an expression of a personâ€™s willingness to have sex, but, as a proposition whose existence can come into being only through a tolerance of sexually predatory behaviourâ€”they are doing nothing except endorsing rape culture. What they say: your right to say no as a woman is not only intertwined, implicit and anticipates the right of the man to be a molesting pest (which is a leap of argumentation that would make any feminist red-faced), but your right can come into existence precisely through the protection of the male right to annoy and violate. If one were to transpose this argument into any other sphere of life, they would be publicly rebuked and laughed at. Try telling anyone: your right to safety from being murdered on the road cannot exist without the right of serial killers to roam free. Your right to call the police cannot exist without the freedom of the thieves to mug you in dark alleyways. If this were a letter of any issue except sexual abuse and violence, I doubt if it would have got even a single signatory. If these are our attitudes to ensuring the right to life and property, why would we want to be callous about our bodily integrity?

The letter also conflatesâ€”knowingly, cunningly, blatantly, doggedlyâ€”the difference between expressing-attraction/flirting/making-a-pass and molestation, rape, coercion and the abuse of power. â€œCette justice expÃ©ditive a dÃ©jÃ  ses victimes, des hommes sanctionnÃ©s dans lâ€™exercice de leur mÃ©tier, contraints Ã  la dÃ©mission, etc., alors quâ€™ils nâ€™ont eu pour seul tort que dâ€™avoir touchÃ© un genou, tentÃ© de voler un baiser, parlÃ© de choses Â« intimes Â» lors dâ€™un dÃ®ner professionnel ou dâ€™avoir envoyÃ© des messages Ã  connotation sexuelle Ã  une femme chez qui lâ€™attirance nâ€™Ã©tait pas rÃ©ciproque.â€ (Translation from the web: This summary justice has already had its victims: men whoâ€™ve been disciplined in the workplace, forced to resign, and so on, when their only crime was to touch a womanâ€™s knee, try to steal a kiss, talk about “intimate” things during a work meal, or send sexually-charged messages to women who did not return their interest.) Women who use the #MeToo hashtag to speak out are not calling out their admirers, fans, people who have a crush on them, someone who compliments their outfit on the underground train because he is smitten. It is not about someone touching one knee, or two kneesâ€”but whether such touch was welcome, or not. Women know the difference, men know the differenceâ€”it is only the abuser who conflates these two different things in order to pass off the act of abuse/ coercion/ manipulation as something that arises out of desireâ€”and it is shameful to see these French women stand with the abusers. Rapists use this argument tooâ€”of being overcome by a desire beyond their controlâ€”a desire which they blame the victim of arousing, so that the act of rape, by extension becomes an act for which the victim is blamed. In blaming the women who have spoken out of having confused seduction and violence, I find that the letter is blaming them for not enjoying their own objectification, humiliation and violation.

This letter succeeds in mocking, trivialising and boxing-in the women who have spoken out as some kind of â€œeternal victims.â€ That is not the case at all. Women are using this movement to address power and violence, how power enables men to force women to sleep with them, how such power leaves the lives and dreams of women hanging in the balance. They are using the momentum of shared experience to talk about the harassment they have faced, how they coped with it, how they overcame it, how they decided to break their silence after so many years. If anything—the #MeToo movement is about women who have shrugged off their victimhood, who have not been broken by what sexual violation was visited upon them. These are not women who are caught in some eternal cycle of victimhoodâ€”on the other hand, surprise, surprise, they all happen to be some sort of celebrities in their field of work. After all, disclosure is something that only those who are empowered in some way can afford to doâ€”those who are starting out, and just beginning a professional life cannot have the luxury of calling out because they will be labelled attention whores.

The letter calls into question expedited justice, labelling everything that has followed as a witch-hunt. Women have spoken out about Weinstein after several decades. Women have called out their harassers many years after they have left that job, that degree, that city, that country. The haste that the letter speaks aboutâ€”that is the result of years of bottled up rage, years of unspoken abuse, years of harassment that have now weaponised into action.

The letter reads: â€œThis frenzy for sending the ‘pigs’ to the slaughterhouse, far from helping women empower themselves, actually serves the interests of the enemies of sexual freedom, the religious extremists, the reactionariesâ€â€”and once again, it does a big disservice to women. Our agency to speak out and expose harassment that we underwent does not immediately mean that we have embraced religious extremism, or even religious ethos. It is possible to be a woman calling out harassment, and also remain atheist, attack the Taliban or attack the Hindu right wing. It is this pleasure of being a feminist that allows us to combine the ability to speak against rape and against religious orthodoxy at once. To call out the misogynist culture of male entitlement to sex does not immediately reduce one into working together with, and lending credence to religious extremism. Moreover, Iâ€™m not sure how much these 100 signatories have been following the news, but the worst sexual offenders also tend to be the most insanely religious extremists: please google ISIS, rape, sex slaves. You will be suitably aghast.

I can go on and on about this letterâ€”it has left me extremely infuriated. And has the support for this letterâ€”when did the celebration of rape culture and misogyny become equivalent to French exceptionalism? You donâ€™t have to reference French culture to legitimise rape cultureâ€”you just have to travel to really backward places in time and place, and find similar opinions in similarly crass language (donâ€™t believe the women, put up with the men, men will do these things)â€”except that these thoughts would be considered medieval and outdated, and the glorious Le Monde would not put them into print, except may be to mock, except may be to justify an aerial bombing and an impending invasion to thrust civilisation.

Meena Kandasamy is a poet, fiction writer, translator and activist who lives in Chennai and London. She has published two collections of poetry, Touch and Ms Militancy, and the critically acclaimed novels, The Gypsy Goddess and When I Hit You, Or, The Portrait of the Writer as a Young Wife (Atlantic Books, May 2017).