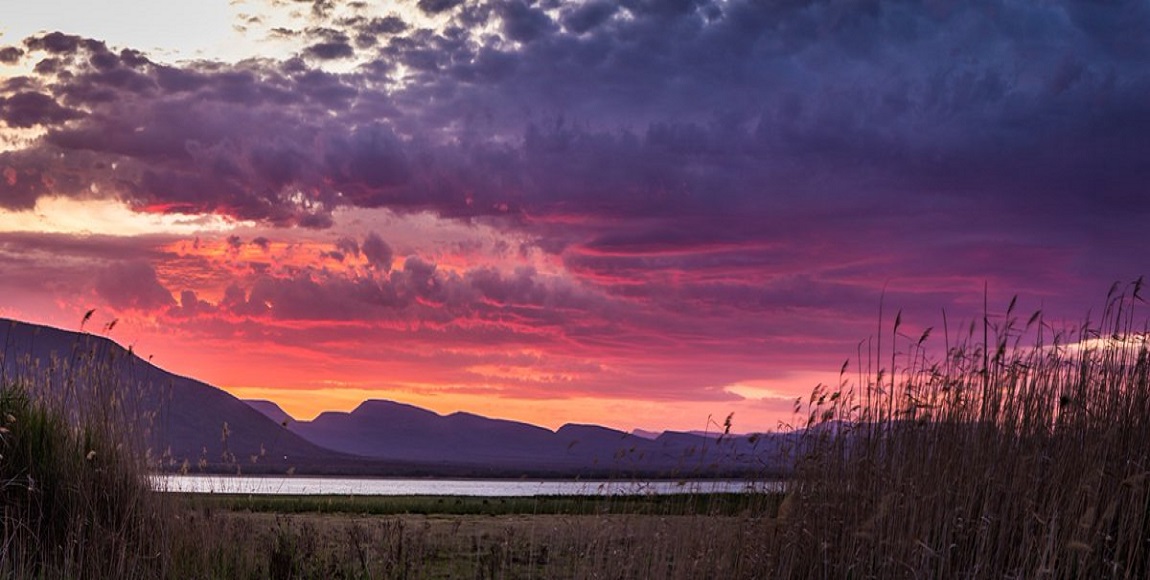 Get ready to be a tourist in your own country. September 18-22 is South Africa National Parks Week because heritage. For this week, 19 of our beautiful nation’s parks will offer free entry for day visitors. If you decide you want to live your best life and visit some parks, be sure to bring your ID along. Shaazia Ebrahim rounded up five amazing SA parks you might want to visit.

1. Addo Elephant Park
Addo Elephant Park in the Eastern Cape is located just 72km from the windy city of Port Elizabeth. It was first established in 1931 to save 11 endangered elephants but is now home to over 300. Take a hike or a game drive at the park and you could spot elephants, lions, black rhino and Cape buffalo. If scouting for animals in the heat arenâ€™t really your thing, you could pick citrus from the orchards or picnic along the beaches of the Sundays River. Sounds idyllic, we know.

Enjoy #spring‘s beauty & this ocean view at @Tintswalolodges Atlantic, nestled at the base of Table Mountain National Park #TravelChatSA pic.twitter.com/4X7yW8INCI

3. Kruger National Park
One of Africaâ€™s largest game reserves, the Kruger National Park spans two provinces – Limpopo and Mpumalanga – and covers 19,485 square kilometres. Thatâ€™s massive. It is home to all sorts of birds, plants and wildlife, including the coveted Big Five. If youâ€™ve always wanted to do like the tourists and go on a safari, now is your time. If that doesnâ€™t tickle your fancy, you can go bird watching, hike through dense forest and waterfalls, fish in the Sands River or even go on a hot air balloon flight. History buffs can visit the Thulamela Ruins, an archeological sight that provides a window into early African culture and history.

4. Mountain National Zebra Park
The Mountain National Zebra Park in Cradock, Eastern Cape, was created in 1937 to provide sanctuary for the endangered Cape mountain zebra. Look out for our national bird, the blue crane, as well as aardwolf, Cape buffalo, cheetahs and, of course, Cape mountain zebras. The park offers game drives and guided tours so you can observe the animals in their natural habitats. It also offers cheetah tracking – an opportunity to search for the parkâ€™s elusive cheetahs on foot. If you have a 4×4, you can drive yourself through the park and picnic at your leisure. With jaw dropping scenery, crisp clean air, an abundance of wildlife and so much to do you really canâ€™t go wrong.

#MountainZebraNationalPark is situated 12km from the town of Cradock in the Eastern Cape. The park is home to three of the Big 5. pic.twitter.com/MRSC7lhkXN

5. Garden Route National Park
Falling within both the Eastern and Western Cape, the Garden Route National Park includes the Tsitsikamma and Wilderness National Parks. The park was declared a Unesco biosphere reserve in June because of how rich it is in terrestrial, coastal and marine ecosystems. While youâ€™re in the area, you can go biking, hiking or walking and soak up the spectacular views, or you could visit the Knysna Elephant Park, the Cango Caves in Oudtshoorn, or the Lawnwood Snake Sanctuary in the Crags.

The Tsitsikamma National Park offers a host of water activities, including snorkelling, diving, sailing, kayaking and swimming. This time of the year is also perfect for dolphin and whale watching.

For adrenaline junkies, the Wilderness National Park offers activities like paragliding, ziplining and abseiling. You can also go canoeing or kayaking or ride along its many horse trails. The possibilities are endless.

You can find a full list of the showcased parks here. If you decide to check out one of our national parks, tag @thedailyvox on social media. Weâ€™d love to see how youâ€™re living your best life.