Home Debate Columnists A Critique Of The Media Is Not Automatically An Attack On Media...
WhatsApp
Facebook
Twitter
Email
Print 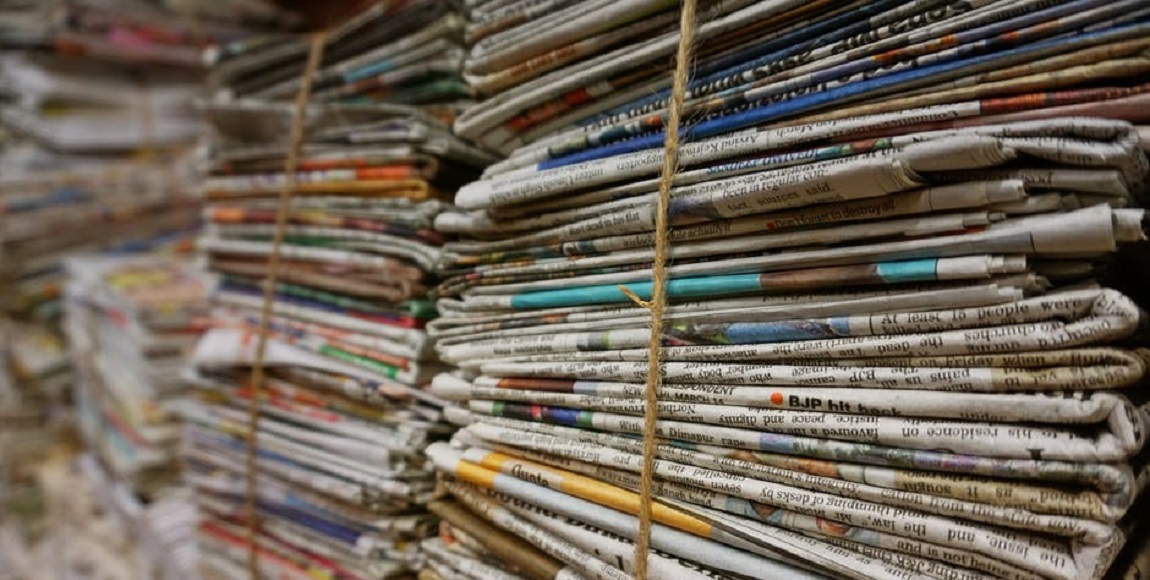 Dreams of Smart Cities, mass retrenchments, young people in cabinet and National Assembly, growth for the Economic Freedom Fighters and the emboldenment of the right as seen in the rise of votes for the Freedom Front Plus. These are just some of the outcomes emanating from this year’s general elections. Now that the dust is settling after a fiercely contested election season, I find it prudent that we reflect on the relationship between the media and political actors in South Africa. And dispel of the notion that a critique of the media is sine-qua-non to an attack on media freedom, writes KHANYISA MELWA.

Firstly, we need to understand the role of the media as the Fourth Power or more commonly, the Fourth Estate. Especially within the context of the doctrine of trias-politica, which is the separation of powers between the the executive, the legislature and the judiciary. In theory, all three of these arms of government are meant to hold each other accountable and ensure checks and balances in order to avoid the abuse of power. The media, therefore, forms the unofficial fourth arm which, in equal measure is charged with the responsibility of holding those who are in power accountable. However, more often than not, the media forgets that they too are a powerful force in society and need to be held accountable.

The mechanisms of accountability for the executive, legislature and judiciary are well known and the processes are often made public. For example, government ministers, who form part of the executive, are mandated to appear before the National Assembly (the legislative arm) and table their proposed budgets, plans and report on progress made in their respective departments. This, however, is not the case when it comes to the media fraternity.

The media’s source of accountability is itself, as it has the right to self-regulate which speaks to the independence of the media. This finds expression through the Press Council of South Africa, led by the Press Ombudsman, where individuals and entities can lodge complaints against a media organisation or journalists and seek to have these resolved. Any critique of the media, therefore, is often conflated as an attack on media freedom as the principle of self-censorship dictates that only members of the media are allowed to critique the media and therefore self-correct.

This is the same Press Ombudsman which the deputy secretary-general of the African National Congress, Jessie Duarte invoked in her debacle with eNCA journalist, Samkele Maseko, a month before elections. Maseko and Duarte had gotten into a heated argument after Maseko demanded at the end of a press conference, that Duarte answers his questions regarding the controversial ANC parliamentary list. Now, I personally do not believe that Duarte possesses the requisite temperament to deal with the kind of robust media that we have, however, there was indeed some merit in her argument against Maseko.

Another notable example is the Karima Brown vs Julius Malema case, where Malema had wrongfully displayed Brown’s cellphone number in a group-chat screenshot which he posted on Twitter, questioning her legitimacy as a journalist. While Malema was incorrect in displaying Brown’s number and whose invective against certain journalists is cause for concern, he also raised valid questions regarding Brown’s credibility as a journalist. Her impartiality makes one wonder whether she speaks as an analyst, journalist or political actor.

When conducting a critical reading of the Duarte vs Maseko situation, it is firstly obvious that the media only distributed a two-minute clip of that interaction, whereas the entire duration of the interaction was approximately ten minutes. In those two minutes, the media was deliberate in selecting the sound bite that showed Duarte to be reprimanding Maseko. Portraying Duarte as unreasonable and villainous. This is called framing. In her reprimand, she laments (I paraphrase) that Maseko comes from one news organisation called the eNCA and is but a single journalist and must therefore not conduct himself in a manner that is akin to a demigod.

Now in order to understand this comment in its entirety, we ought to understand the political economy of the media in South Africa, of which the eNCA obviously forms part. And by political economy, I mean the power structures which control and run the media. Firstly, like most companies in the private sector, the media is owned and run by the white minority and operates within a monopoly. This monopoly consists of five major companies, namely: Media24 (owned by Naspers), Tiso Blackstar (which has sold its media assets to Lebashe Investment Group), Caxton, Independent Media and Primedia – whose patterns of ownership have not changed since the dawn of democracy. A report in the Mail & Guardian revealed earlier this year that boards of media houses comprised of 42% white, 24% African, 17% coloured and 2% from elsewhere. Furthermore, top management has more white people with 51%.

These media houses often possess a liberal or centre-right ideological disposition. eNCA is no exception – it is one of the biggest news broadcast channels, belonging to eMedia, and often has a liberal and market-friendly approach to their stories in order to appease middle-class sensibilities. Not so long ago, they were colloquially known as the Democratic Alliance’s news channel, as they seemingly portrayed the DA in a positive light. One can deduce that this was because of their ideological similarities. Nonetheless, it is common cause that the eNCA’s agenda-setting leans closer to the right and at best, the centre.

It can therefore be argued that Duarte’s frustration stemmed mostly from these power relations between the media and the rest of society (and perhaps her inability to contend with the likes of Maseko). As we live in a multi-party, pluralistic society with differing ideological persuasions, it therefore only makes sense that our media is reflective of the kind of society that we live in. Sadly, this is not the case. Hence the contentious relationship between political actors and the media.

Additionally, the winds of change have been slow in moving towards a more transformed media environment. This demonstrates the lack of political will within the media fraternity to transform, yet, they are the first to cry foul whenever they are criticised for their biased, racist and often myopic reporting.

It is also a famous secret that the media in South Africa have been exceptional in reporting on public sector malfeasance, however, they have been egregious in their reportage of private sector malfeasance. I know, Steinhoff, right? I disagree. If I were to conduct a longitudinal study on the frequency of the stories published about Steinhoff during the 2017/18 saga and compare them against any story about government or any political actor in the public sphere, I’m sure it would reveal that stories about the latter were far more frequent. Moreover, it’s worth noting the tonality of reports on private sector malfeasance, as corruption in the private sector is conveniently termed by the media as “accounting irregularities.”

One should question the reasons why private sector malfeasance is less pronounced in the media. And those questions should not be misconstrued by the media as an attack on media freedom.

It is true that there are genuine threats to media freedom the world over, with examples just north of the Limpopo border, as well as the United States, Saudi Arabia and China and it is also important that these threats are challenged. It is equally important though, that we discern between criticism and attacks. I concede that the line between the two may be fine, but we risk traversing an undesirable path if we do not actively distinguish between the two.

The World Press Freedom Index recently ranked the state of South Africa’s press freedom as “satisfactory”, in line with countries such as Australia, Canada, Uruguay, Spain, Italy, France and the UK. This, therefore, illustrates the extent of the independence of the media in South Africa and how the conditions of an attack to such freedoms have not been met.

Yes, in a democratic society like ours, the media ought to remain independent and exercise their role as the watchdog of society. However, I believe there’s a conversation to be had about who watches the watchdog.

Karl Marx’s quote is instructive in this regard: “The ideas of the ruling class are in every epoch the ruling ideas.” As a tool for the dissemination of ideas in society, the media ought to reflect on its power and for once turn the mirror towards themselves. The image in the frame may not be as pleasant as they let on.

Khanyisa Melwa is a postgraduate student in political communication at the University of Cape Town.