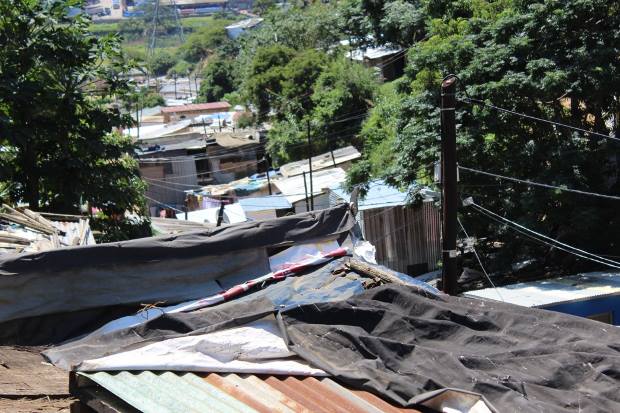 Members of ABAHLALI BASEMJONDOLO held a conference in Durban last weekend to discuss the progress of the organisation and to elect a task team to oversee a participatory development project that aims to improve the lives of shack dwellers. QINISO MBILIÂ was there.

Singing their own versions of struggle songs, the members of Abahlali Basemjondolo attended a conference in Durban last week. The organisation is part of a new participatory development project, named Siyakhisana, that aims to encourage government to include dwellers in service delivery tasks in order for them to ensure the legitimacy of these services.

“One of our aims is to stop government from treating every household with a one-size-fits-all approach,â€ saysÂ Abahlali Basemjondolo president Sbu Zikode. â€œYou can’t build a family of ten the same house you were going to build for a family of four.â€ Some of the projectâ€™s aims include the participation of shack dwellers in the building of their RDP houses. This will be to make sure that an RDP house is built at the recipientâ€™s desired location and in the method preferred by the recipient.

The Abahlali Basemjondolo organisation was also celebrating its eleventh year since establishment. Delegates from all branches in the Durban area were sent to the conference to represent each region in the election of the task team which will overlook the progress of the Siyakhisana project. The project also aims to develop shack communities without the help of political parties. This will be done through coordinating donations of a number of private institutions such as universities, churches, and other private professionals who are said to be willing to offer their services. Parks for children to play in, better housing and closer schools are some of the promises that were highlighted for shack dwellers. David Ntseng from the Churchland Programme, an organisation that works with poor and landless people, promised they would lend a helping hand to the Abahlali Basemjondolo organisation. â€œPeople who liveÂ in the shacks in Mayville should be afforded the same rights as people who live in the suburbs of Umhlanga,â€ he said.

The elected task team consisted of seven members from all the major Durban regions. The delegates also participated in the amendment of the organisationâ€™s constitution which saw a few policies being changed.

South Africa is one of the most unequal countries in the world and shack dwellers live at the bitter end of this phenomenon as they move into city spaces to live in informal settlements in search for job opportunities. One of the complaints brought forth in the conference is that RDP houses are only offered to them far from their workplaces and the travel costs numb the joys of secure housing infrastructure.