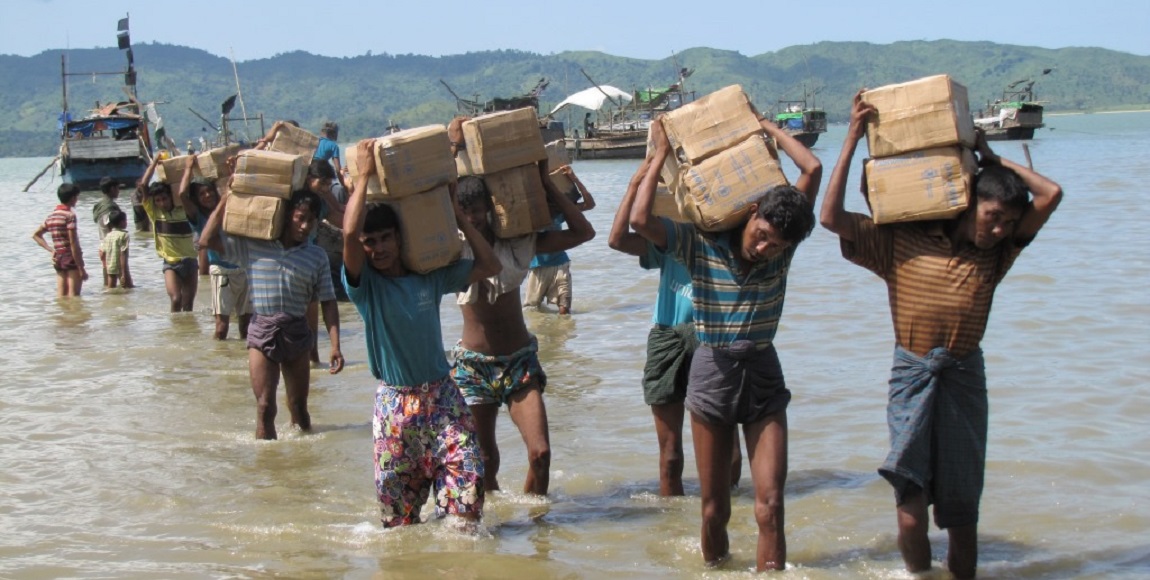 Two years on, Asia is no closer to ending its worst refugee crisis in decades. Over 900,000 Rohingya are in Bangladesh alone, including 759,000 who fled a campaign of violence by the Myanmar military in Rakhine State that began in August 2017. Hundreds of thousands had already left in earlier episodes of violence, to Indonesia, Thailand and Malaysia, as well as in India and further afield. This is an Asian crisis, but Southeast Asia should show stronger leadership. By BEATRICE LAU.

Southeast Asia’s leaders will come together on the sidelines of the United Nations General Assembly this month and during the Association of Southeast Asian Nations (ASEAN) Summit in November. ASEAN has been one of the few actors able to engage the Myanmar government since 2017. The region’s leaders must show compassion for the Rohingya and push Myanmar to take steps to end the violence, discrimination, and persecution that forced out the Rohingya. Otherwise this tragedy will continue.

As a medical humanitarian organisation providing health care to Rohingya in Malaysia, Myanmar and Bangladesh, MSF witnesses the daily struggles they face. In Bangladesh and Malaysia, the Rohingya do not have refugee status and need some form of temporary legal stay. In Myanmar, they are denied citizenship and treated as foreigners. Statelessness is the root of their vulnerability.

In Malaysia, MSF treats Rohingya patients badly injured in work accidents who are deterred from seeking medical care at public hospitals due to fear of being reported to immigration. Yet recent research demonstrates that including refugees in the legal workforce could add millions to gross domestic product and tax revenue, as well as create jobs for Malaysian citizens. The Pakatan Harapan manifesto promised legal status and work rights to refugees; the government should fulfil these commitments. Malaysia can lead by example on the question of status, by granting Rohingya some form of temporary status to stay in the country legally.

No Solutions In Sight For The Rohingya, Two Years On

In Bangladesh, MSF teams see how the Rohingya languish in squalid camps, unable to build a future for themselves with formal education or work. Bangladesh’s generosity is wearing thin and refugees in the camps face growing curtailment of rights. They are barred from independently accessing public health facilities due to movement restrictions, and there is a lack of specialised services for mental health and sexual and gender-based violence, despite high needs. The only legal avenue to reach healthcare providers in Cox’s Bazar is through referrals by humanitarian actors, such as MSF.

Rohingya in Bangladesh and Malaysia tell MSF that they feel suspended in time, unable to move beyond daily survival simply because of their identity. They say that while they dream of returning home, they currently see no pathway to a better life there.

In Myanmar, the situation continues to worsen. Since January 2019, an upsurge in fighting between the military and the Arakan Army (AA), an ethnic Rakhine insurgent group, has displaced tens of thousands. This new wave of violence is affecting all communities. A curfew and restrictions on humanitarian assistance have been imposed across central and northern Rakhine.

In addition, the estimated 550,000-600,000 Rohingya still in Rakhine State endure discriminatory restrictions on freedom of movement, which limit their access to basic services, such as healthcare. In northern Rakhine, it is costly and potentially dangerous for Rohingya to seek medical treatment: they must pass police checkpoints on the way to hospital that require paperwork and bribes.

Meanwhile in central Rakhine, more than 128,000 Rohingya and Kaman (another Muslim minority) have been effectively detained and segregated in displacement camps for seven years since widespread violence in 2012. Rohingya cannot travel to seek healthcare on their own; MSF is required to transport them with a police escort to hospital, where they are kept in a segregated ward.

A Rohingya Family Shares Their Experiences Of Being Refugees

ASEAN’s Coordinating Centre for Humanitarian Assistance on Disaster Management (AHA) is supporting the government’s preparations for repatriation. This is a positive step forward, yet AHA cannot independently assess the situation in northern Rakhine. As a result, a report released by AHA in June did not convey the reality on the ground, such as the limited access to health care.

At the political level, ASEAN should support Myanmar to implement the recommendations of the Rakhine Advisory Commission, led by the late UN Secretary-General Kofi Annan. If realized in full, in the spirit they were drafted, the recommendations will benefit all communities.

The Rohingya – those still in Myanmar and those who have fled – need clarity on their citizenship rights. ASEAN can engage Myanmar at a technical level on issues such as birth registration, while pushing for a citizenship verification process that meets international standards.

ASEAN needs to have a broader conversation with the Myanmar government. Member states should place the exclusion and discrimination of the Rohingya at the centre of their discussions. Rakhine State must stay on the agenda, in ASEAN meetings and at the UN General Assembly. In these gatherings, Southeast Asian leaders should say with one voice that inclusion, not segregation, is the solution.

Beatrice Lau is the Head of Mission in Myanmar for Médecins Sans Frontières.