Home Israeli Apartheid Week Why Israel Is Having Another Elections This Year, And What’s At Stake
WhatsApp
Facebook
Twitter
Email
Print 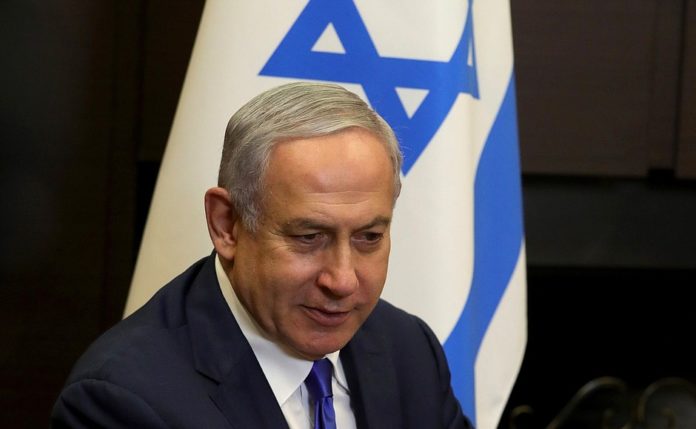 The Apartheid Israeli state is going to the polls in snap legislative elections on September 17. These are to vote for the 12 members of the 22nd Knesset. Apartheid Israel held elections in April however prime minister Benjamin Netanyahu failed to form a governing coalition. Here’s what you need to know about these elections.

UPDATE: Netanyahu has announced he is giving up his effort to form a new government after failing to form a coalition. Benny Gantz will now be given the opportunity by the president to form a government. If Gantz fails after 28-days, a third election might have to take place.

Who are the candidates?

Netanyahu, Israel’s longest-serving prime minister is competing against Benny Gantz, a former army chief. This is Israel’s second election in a single year. These elections were called because Netanyahu failed to form a government from the April elections. According to Al Jazeera, it is expected that nothing will change in terms of his failure to form a coalition.

Who gets to vote?

About six million Israeli citizens in Israel and living in the illegal settlements are allowed to vote along with certain Palestinian citizens of Israel. Palestinian citizens of Israel include Muslims, Christians, and Druze. They make up one-fifth of the electorate. There have been attempts by certain Jewish left-wing parties to garner support from this section of the electorate.

Ramzy Baroud, Palestinian journalist, and writer told The Daily Vox the Israeli elections mean very little and also a lot for the people of Palestine.

What are the candidates promising?

Netanyahu promised to annex the Jordan Valley in the occupied West Bank if he wins the election. He said he would apply Israeli sovereignty to the Jordan Valley and the northern Dead Sea. He likely made this announcement to appeal to his declining support base. Netanyahu’s support has been declined following allegations of corruption and fraud.

Baroud says these elections could mean a lot of Palestinians “quit the illusion that solutions will come from the Israelis.” He said if people stop thinking within the paradigm of Israeli politics bringing about change, it will be meaningful.

The annexation of the West Bank

“The talk of annexation is not just fireworks being utilised by Netanyahu. It is the new political reality in the West Bank regardless of the political leadership,” said Baroud. Large parts of land from the Occupied Palestinian territories have been annexed and used by the Israeli government for illegal settlements and other purposes.

What do the elections mean for Palestine and its people?

“The mistreatment of the Palestinian people are not really central themes to the elections. Therefore regardless of the outcomes, Palestinians should anticipate very little,” said Baroud. He said regardless of which political party wins the election, it does not change the dynamics of the conflict.

“It did not liberate any inch of Palestine. It did not change the status of Jerusalem in any way,” Baroud said.

He said the current political system in Israel is being contested between the center and right with the two political parties agreeing on most things politically, except perhaps with regards to economic policies.

The elections will take place on September 17. Results are likely to be announced before the week’s end. Early results and exit polls show that neither Netanyahu and his main rival, Benny Gantz have a clear path to form a coalition.