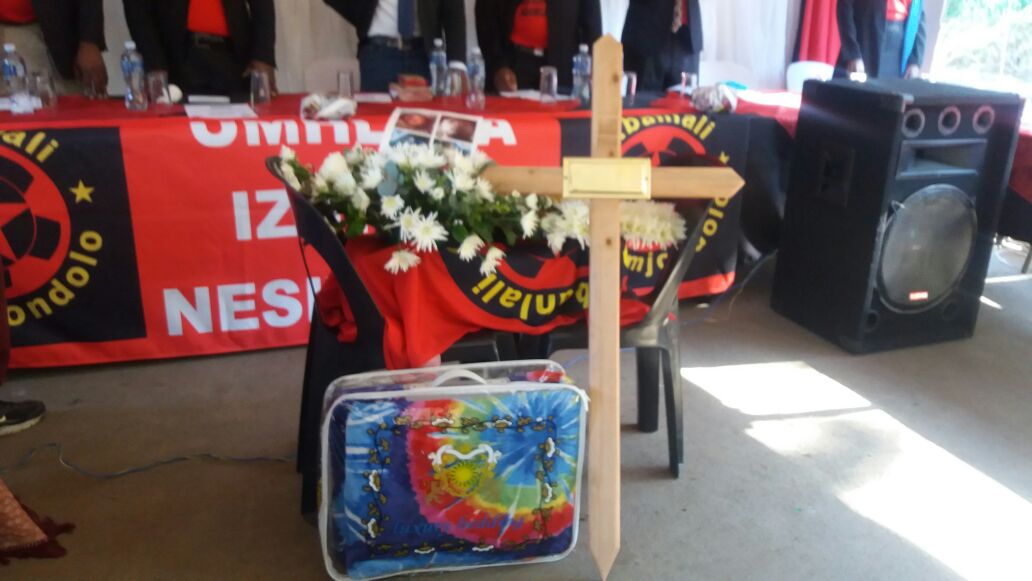 Residents of Foreman Road informal settlement in Durban gathered on Saturday for the funeral of Jayden Khoza, the two-week-old baby who died during housing protests in the settlement on Monday. Khoza’s parents allege that the child died after inhaling tear gas fired by police during the protest.

Siphelele Sivunga a spokesperson for Abahlali baseMjondolo,Â the Durban-based group fighting for housing and basic services, “As the Foreman Road family we are under a dark cloud. Jayden was in a struggle because his people were in a struggle”.

Lizeka Maduna, The Daily Vox’s reporter in Durban, said there were around 50-60 people at the funeral. “They are all very angry, but they are listening to the speeches”. Receive Khoza, father of slain Baby Jayden, told The Daily Vox: Â “I am sad that I lost my baby but the strike shall continue because this is not the way to live. We are also human beings and deserve a better living conditions”.

“It is the movement, our strength and togetherness, that has ensured that Baby Jayden will be laid to rest with the dignity denied to him in life. It is the movement that will seek justice for Baby Jayden,” Abahlali baseMjondolo said in a statement on Friday.

Earlier in the week,Â hundreds of residents from the settlement protested against local government. They said that the eThekwini municipality disregards their rights to dignity and had ignored their calls for housing and electricity.

Thapelo Mohapi, a spokesperson for Abahlali baseMjondolo, said that police responded by “attacking the settlement as a whole with fistsâ€š batonsâ€š rubber bullets and tear gas. Children started cryingâ€š coughing and vomiting.â€

T’man Ngidi, a resident at Foreman Road settlement, said that he is lived in the settlement for the past 24 years.

“Nothing changes but councillors come and go. We have been protesting since 2005 but nothing changes. We are not recognised yet we do vote,” the 45-year-old said.