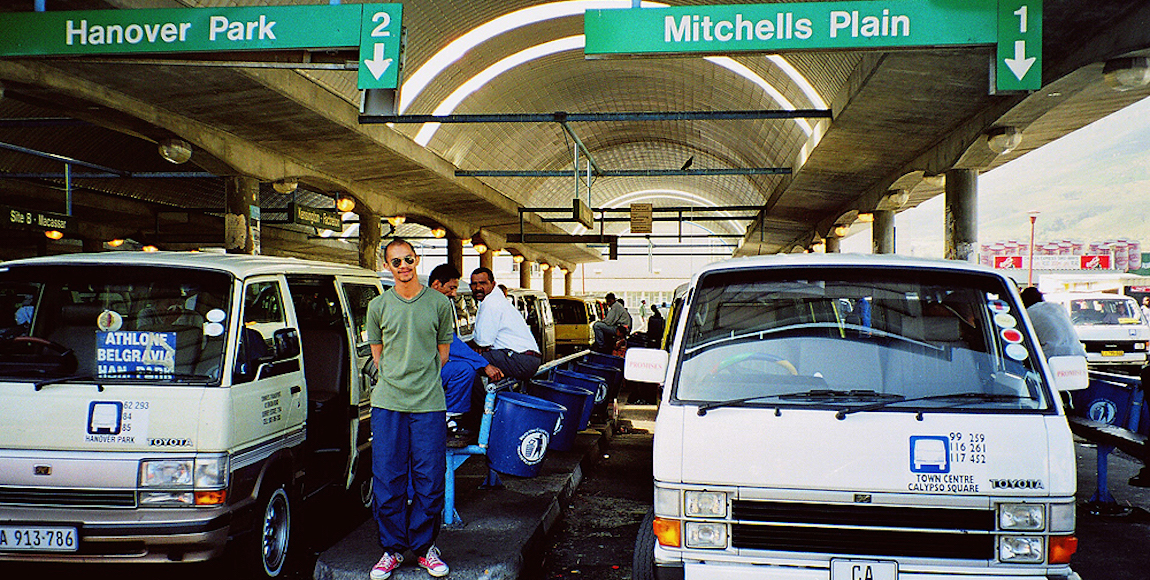 Reports of several women being attacked and raped on taxis this year have revived conversations about the need to make the industry safer. These conversations inevitably lead to the question of regulation. The Daily Vox looked at what it would take to regulate the mode of transport that most South Africans rely on.

About 15 million South Africans make their way to school and work each day using minibus taxis. The taxi industry employs 600 000 people, according to the South African National Taxi Council (Santaco). This makes it arguably South Africaâ€™s largest black-owned industry in the country. You could say that the minibus taxi industry is theÂ lifeblood of the economy. But the industry is marked with the stigma of violence, mistrust and a lack of accountability, especially towards female commuters.

Aprilâ€™s violentÂ #TaxiRape incident in Johannesburg is just one instance in pattern of gendered violence seen in the industry, but itâ€™s once again raised questions about whose responsibility it is to make taxis safer and how best to do this.

How can we prevent sexual violence in taxis and public spaces?

According to a recent survey by Action Aid, 56% of women who travel by taxi say theyâ€™ve experienced violence or harassment during their commute.

Regulation and the law
Calls to regulate the industry – which taxi organisations have vehemently opposed in the past – have grown.

Seehaam Samaai, director of the non-profit Womenâ€™s Legal Centre, told the Daily Vox, â€œWomen need to be free from all forms of violence, and for us, if that means regulation, then that is what must happen.â€

Government already has a framework for legislative regulation – the National Land Transport Act. Chapter 2 of the Act holds provincial and municipal governments responsible for promoting safety and security in public transport. This includes â€œliaising on a continuous basis with the South African Police Service, Road Traffic Management Corporation, the relevant provincial and municipal law enforcement authorities or agencies, and inspectors appointed under the Cross-Border Act, with a view to ensuring co-ordinated transport law enforcement within its areaâ€.

But according to Samaai, very little is being done to enforce that legislation and hold individuals accountable for illegal activities and misconduct. She says most intervention involves vague statements with no indication of how government plans to make its commitment to safety tangible.

â€œWe need to ask government, â€˜What have you done in terms of implementing your own legislation?â€™ Tell us how many minibus taxi providers there are and how you have a handle on maintaining accountability,â€ she said.

Rehana Moosajee, former member of the mayoral committee for transport in Gauteng, agreed the industry faces many internal issues due to a lack of regulation. Many taxi owners simply set targets for drivers with very little day-to-day oversight of the business, or of what goes on in their vehicles, she said. â€œAs fleets grow, owners tend towards an attitude of â€˜Bring me this much a week,â€™ and drivers are pretty much left to their own devices.â€

Still, Moosajee said, despite the perception of the taxi industry as intransigent, sections of it can be proactive. The taxi industry, she said, was not homogenous and shouldnâ€™t be treated as such.

Innovative technology
She believes a more human approach is needed to deal with the â€œoftentimes patriarchal industryâ€. Taxi drivers and associations could be educated through creative means and innovative technology, like the apps and tracking systems used by ride-sharing company Uber.

â€œInstead of calling for stringent regulation, which government really doesnâ€™t have the ability to carry through in any meaningful way, a much more creative approach to build understanding is needed,â€ she said.

Moosajee warned that, instead of ad-hoc responses, like organising marches, the problem needs a deeper, more systemic approach to making the industry safer.

But it can be difficult to distinguish between a superficial campaign and one that seeks systemic solutions.

Since 2016 Santaco has adopted two noteworthy campaigns to deal with road safety and violence towards women – the Hlokomela and Safe Ride campaigns.

For the Safe Ride campaign, Santaco partnered with the non-profit organisation Sonke Gender Justice on a 12-month campaign aimed at responding to and preventing the abuse of women and girls at the hands of taxi personnel, including drivers and queue marshals.

Magagula used these campaigns as testimony of the industry’s ability to self-regulate. Yet they primarily rely on education and changing attitudes, so itâ€™s difficult to assess whether the campaigns are working or not.

Mahlomola Ratshweu, Santaco treasurer general in Gauteng, said that without access to better information on the movement, identities, and number of taxi drivers in a region, accounting for driversâ€™ actions would be difficult, moreso because not all drivers are registered with taxi organisations. Then thereâ€™s the question of whose job it is to enforce the law. Ratshweuâ€™s view was that Santaco can not be expected to enforce the law – thatâ€™s governmentâ€™s job.

â€œMost of the time in Gauteng, government is only enforcing checks [checking permits, roadworthiness and licences] near the taxi ranks, but as for the rest of the province, there is very little else. They have the data, but there is no enforcement,â€ he said.

Ratshweu said the industry is trying to be more responsive to commutersâ€™ concerns. Santaco is pushing for all registered taxis to be engraved with the ownerâ€™s name and cell number â€œso that when you get into the car, or anything happens, youâ€™re able to identify whose vehicle it isâ€.

A safe taxis charter
After several women reported being raped on taxis earlier this year, the Soul City Institute for Social Justice, an NGO that advocates for women and girls in communities, began promoting the idea of a national safe taxis charter. The organisation has been holding talks with women in communities and with Santaco on how to make taxis safer, particularly for women.

Soul Cityâ€™s advocacy manager, Matokgo Makutoane, said that without a more centrally regulated taxi industry, women would be unable to feel safe. She was pessimistic about the possibility of the taxi industry self-regulating, but didnâ€™t have much faith in government either.

Governmentâ€™s lack of control of the industry made it complicit in the violence women faced, she said. â€œGovernment puts womenâ€™s lives in the hands of the taxi environment, where they have little power, and asks them to be okay with whatever happens there.â€ Soul City aims to develop a taxi charter through dialogue with South African women â€œfrom communities on the ground,â€ so that it represents what women believe is needed to ensure their own safety on taxis.

Soul City also plans to bring police, Santaco and the departments of transport and community safety on board so that it has broad endorsement. But in the end, it would be up to government and police to enforce the charter, she said.

Samaai endorsed the idea of the charter, but said the core issue remained: regardless of whether there is stringent government regulation or more adaptive self regulation, how will the state enforce it?

â€œHow are they going to do it and what commitments are being given by the different players involved, including the associations, to ensure there is safe and reliable transport that protects the rights of commuters, especially women?â€ she asked.

The department of transport could not be reached for comment.