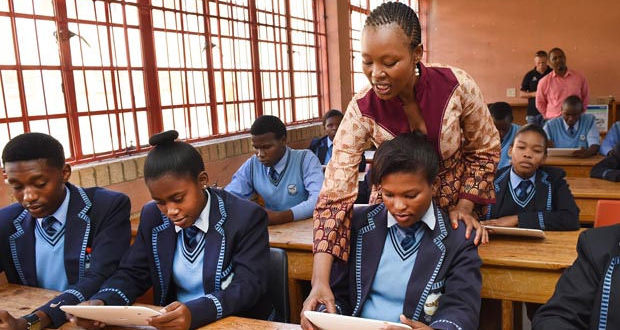 Ziphelele Dube, 22, video technology student, Durban
I first started off with pure mathematics but I encountered difficulties and switched to mathematics literacy. What I liked about it was that it was realistic and the scenarios given were more about problem solving which is an everyday thing. I have always wanted to be in the video technology industry and I knew it doesnâ€™t require pure maths, but all I needed was math literacy which I had scored B symbol for. My maths teacher was amazing because he always made me willing to learn more from him, and I still apply some of the knowledge I got from him in my career. There are lazy learners who opt for math literacy but scrapping it wouldnâ€™t be a great idea because it is still relevant for some of us. Khulanini Mathonsi, 23, journalism student, Umlazi
Back in grade 10 I did pure mathematics and I passed with an average mark. I switched to mathematics literacy in grade 11 because I was struggling, and I passed math literacy with flying colours. My teacher was the best at both core maths and maths literacy. I am always grateful to have chosen math literacy because I have never wanted to be in a field that requires core math. The scrapping of math literacy is completely unfair because not all students are gifted when it comes to core maths – the rate of failure isÂ high. Unless there is implementation of a programme which will help encourage pupilsÂ to push more in mathematics, other learners will struggle and fail even more. Philile Buthelezi, 23, journalism student, Umhlanga
At first I had no knowledge of what mathematics literacy was ,since my parents had already chosen a science stream for me. It was when my educators noticed that I was struggling that they introduced math literacy to me and suggested that I try it out. It helped me gain confidence because it helped me improve my marks and prepared me with problem-solving skills. I have always been more of a writer and core mathematics has never been of any relevance toÂ my life. As people, we are not the same and scrapping mathematics literacy will be totally unfair toother learners who are not as gifted. The chances are they will end up failing even if they do well in other subjects. Mxolisi Ntanzi, 21, Â journalism student, Isipingo
Not all of us are good at pure mathematics; scrapping mathematics literacy will be unfair. Math literacy made so much sense to me compared to coreÂ [maths] because the scenarios were realistic. Mathematics literacy is all about life situations.Â Not all of us are into science and it isn’t helping me on my career path. Math literacy is there for those people who are into fields which deal with words and not figures, it provides critical thinking for them in such a way. They should take into consideration those pupils who are into different fields such as journalism, politics and philosophy. Lifa Sithole, 21, fine art student, Durban
I have always been a critical thinker and mathematics literacy made it much easier for me [at school]. I am an artist and art is all about critique, analysis and applying of the Â mind where life situations are concerned. I donâ€™t deal with figures and they donâ€™t help me in any way but the scenarios were based on daily human life. There are learners who have a special gift and a good eye for art; those pupils need a basic, simple mathematics not all those complicated equations. Mathematics literacy should not be scrapped, but learners should be given a choice as a matter of preference.