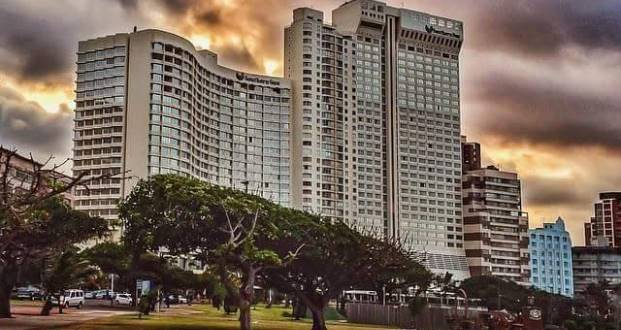 On Wednesday, community radio station, Radio IslamÂ reported that two interns from the Capsicum Culinary School in Durban were prevented from completing a four-month internship at Tsogo Sunâ€™s Elangeni and Maharani Hotels in Durban because of their facial hair.

The two interns, Huzaifah Mohideen and Yusuf Mohammed, were placed at the hotels for a voluntary internship by the Capscium School, when a senior chef allegedly told them to remove their beards or leave the internship.

Speaking to The Daily Vox, Mohammed, who was placed at Tsogo Sun Elangeni in Durban, said that he was not told anything about his beard when he initially began his internship last month.

â€œI met a lady called Tammy and she didnâ€™t tell me anything about being clean-shaven,â€ he said.

A problem with his beard only arose when he went into the kitchen the next day, when a senior chef told him that he had to remove his beard or leave the hotel.

Mohammed said he offered to either shorten his beard or wear a beard net, but he was told that it was not possible and he had to make a choice. He was told to come back the next day with his decision.

â€œSo I told my mom this story and she phoned the head chef and the head chef had attitude with her busy telling her he didnâ€™t care about our religion and I must just leave the hotel,â€ he said.

Huzaifah Mohideen, who was placed at Tsogo Sunâ€™s Maharani Hotel said that he had not had any problems with his beard since starting there around 20 June, and that only once Mohammed started working there towards the end of his six-week internship did problems arise.

He said that his chef at the Maharani had not had any issue with his beard.

â€œHe even told me to be on the safe side to wear a beard net for the last few days. But even that didn’t work for the senior chef,â€ he said.

He was also later asked to leave the internship.

However, in a statement, the hotel says they have a hygiene policy which includes restrictions on facial hair and once they were made aware of the religious beliefs of the men they made arrangements with their school to have them moved to a halaal friendly kitchen.

â€œAs soon as we became aware of their religious beliefs, we contacted Capsicum and arranged for them to be placed in a Halaal kitchen, where facial hair is acceptable. Southern Sun Elangeni & Maharani adheres to hygiene policies in order to ensure the safety of our guests,â€ the statement said. â€œWe cannot alter our policies to favor one particular religion or belief system.â€

The school has also released a statement saying that while it adheres to the strictest standards of hygiene and safety in their teaching kitchens, they also understand and support students who follow their own choice of cultural and religious practice in the form of dress and appearance.

Mohammed said that he had not been made aware of the policy before he started working there, or when he had signed the contract. He added that he read the rulebook which does not say anything about being clean shaven and that it only says hair must be neat and tidy. He indicated that the pair would be pursuing the matter further.

Both men are currently working at different hotels, and Mohideen said his new employers have no problem with his beard.

Considering the number of hipster chefs we see on TV, is Tsogo Sunâ€™s hygiene policy just a tad over the top?