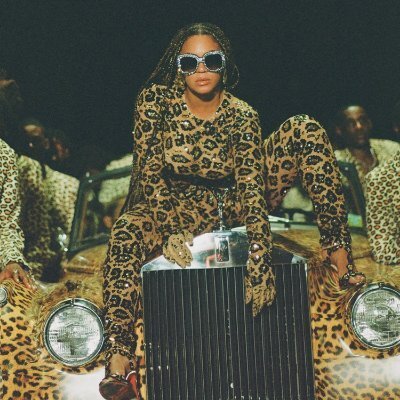 In June Beyoncé surprised fans with a 70 seconds teaser trailer of her visual album: Black Is King. The 24 Grammy award-winning artist wrote, directed and executive produced the visual album with Parkwood Entertainment, in association with Disney.

“It was originally filmed as a companion piece to The Lion King: The Gift soundtrack and meant to celebrate the breadth and beauty of Black ancestry. I could never have imagined that a year later, all the hard work that went into this production would serve a greater purpose,” Beyoncé wrote in an Instagram post.

“With this visual album, I wanted to present elements of Black history and African tradition, with a modern twist and a universal message, and what it truly means to find your self-identity and build a legacy.”

Beyoncé voiced the character Nala in the 2019 remake of The Lion King which became one of the highest grossing films of all time, while the accompanying album featured singles “Spirit” and “Brown Skin Girl”.

Trevor Stuurman, Nandi Madida, Connie Chiume, Moonchild Sanelly, Nyaniso Dzedze and Warren Masemola are some of Mzansi’s stars who are featured in the visual album.

Award-winning contemporary multimedia visual artist, Trevor posted on Instagram that he is “honoured, blessed, and truly humbled to be a part of this moment in history.”

Nandi Madida appeared twice in the trailer of the film. Posting on Instagram, “Our Ancestors are smiling”. Nandi has made her mark in the South African entertainment industry for being a musician, TV host and actress.

Nyaniso is best known for playing the lead, Muzi, in South Africa’s first dance feature film Hear Me Move. He is also recognised for playing Tsietsi Namane on etv’s Ashes To Ashes. He posted on Instagram that, “There hasn’t been a more important time to remind us who and what we are. So much gratitude for this gift to the world. I thank and honor my guides, abaphansi, izinyanya for being a part of the message.”

Veteran actress Connie Chuime is best known for her roles on local TV soapies such as Gomora, Rhythm City and Zone 6. In 2018, she starred in Marvel’s highly acclaimed superhero movie Black Panther.

SAFTA award-winning actor Warren Masemola was also spotted on the trailer. He is popularly known for his roles in – amongst many –  Ses’Top La, Tjovitjo and Five Fingers for Marseilles.

If we’ve missed any of the stars that are featured in this film. Leave a comment below or tweet us @thedailyvox

Black Is King premieres July 31 on Disney Plus. M-Net will bring Black Is King to the continent within 24-hours of its debut on Disney Plus. The M-Net screening is scheduled for Saturday, 1 August at 20:00. On that night, M-Net will also be available to DStv compact plus, compact, family and access viewers. The film will also be available in other African countries, including Nigeria, Ghana, Ethiopia and Namibia, among others.