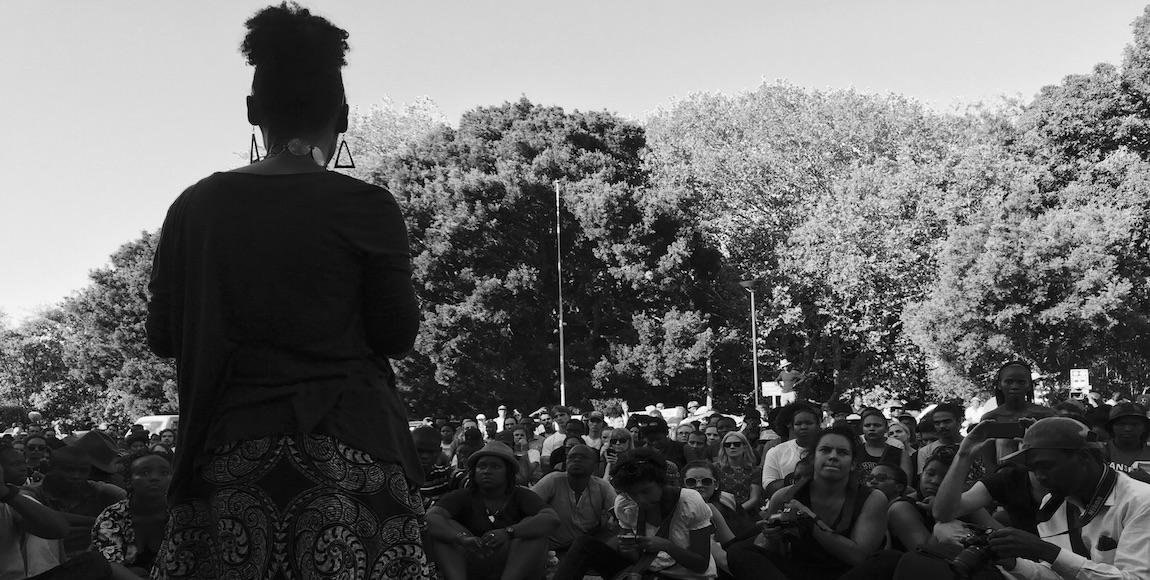 On 9 December, the Council of the University of Cape Town appointed Lis Lange to the position of Deputy Vice Chancellor (DVC): Teaching and Learning, ahead of four other candidates, who were allegedly considered â€˜unappointableâ€™ by the selection committee. UCT lecturer Shose Kessi, who is also one of the founders of the UCT Black Academic Caucus, wrote this poem in support of one of those â€˜unappointableâ€™ candidates, Professor Elelwani Ramugondo.

How does it feel when the â€˜benevolentâ€™ white massa finally reveals his true colours?

How does it feel, sista, to know that after you saved their assâ€™ in 2015 and 2016, they toss you aside in the name of stability; code name for whiteness?

How does it feel, sista, to know that despite the degrees, the awards and the professorships, we are only ever there to be â€˜maidâ€™ cleaning up their shit?

How does it feel, sista, when a majority black Council chooses an unqualified white person over you? A Council that you have served at different times for close to two decades.

How does it feel, sista, when some of those so-called radical black students you tirelessly supported choose the white woman as their saviour?

I wonder how our sisters and brothers in the senior leadership feel when they are told that a white woman is coming to give them â€˜stabilityâ€™.

How does it feel sista to reach the point where once again, dignity has to be fought for through legalities and in courtrooms?

How does it feel that we keep having to disprove the mantra that â€œthere is no pool of qualified black academicsâ€ because qualified + black donâ€™t go together? So we must be grateful to Max Priceâ€™s legacy.

What will you do now my sista? Which stereotype will you choose?
The obscene black who leaves the university for more money?
The angry black woman who stays and fights?
The docile UCT black who retreats in silence?

Please tell me, my sista, what is the price of betrayal?

This post was originally published on Shose Kessiâ€™s Facebook page and is republished with permission. The views expressed in this post are the author’s own and do not necessarily reflect the editorial policies of The Daily Vox.