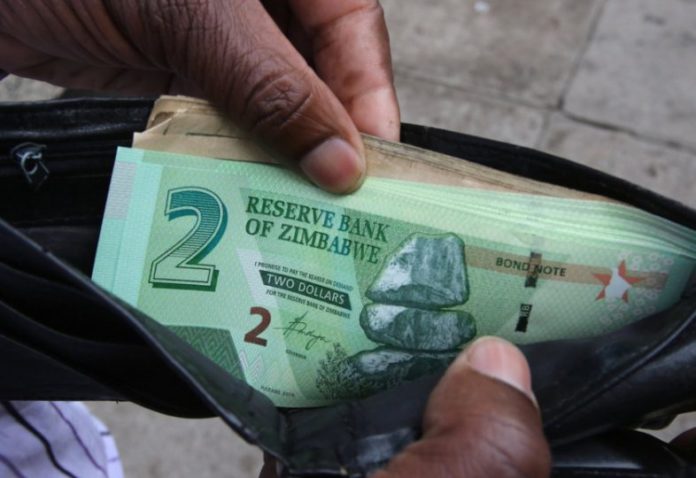 Last week, news sites reported that 500 loaves of bread had been stolen by armed robbers in Zimbabwe, owing to the current bread shortage in the country. Then, abruptly, Zimbabwe’s finance and economic development minister Mthuli Ncube said that  Zimbabwe will now only use domestic currency (the Bond Dollar and RTSG), revealing another problem Zimbabweans have to deal with in addition to bread shortage.

With bread, an everyday staple for many people, vanishing from the shelves and new currency policy being abruptly introduced, the economic situation becomes a point of discussion that, coming from the outside, needs to be understood more indepthly. The Daily Vox team spoke to Zimbabwean citizens and experts to find out what is really happening and what ordinary citizens are saying about it.

The gang that targeted the Lobel delivery van, armed with pistols, pulled up in an unmarked van during a delivery to Speciman Shopping Centre and made away with the loaves. Bulawayo 24, in its article on the matter, said that “Zimbabwe is experiencing bread shortages, leaving consumers at the mercy of illegal traders who charge exorbitant prices”.

What this currency change means is that citizens and industries will not be allowed to use foreign currencies, such as the dollar and rand for economic activity anymore. Formerly, for the last ten years since 2009, Zimbabwe was a multi-currency state. Then, on Monday, Ncube shocked saying that “nothing has changed” when he announced the currency change.

The Zim Dollar was done away with in 2009 by then finance minister Patrick Chinamasa when hyperinflation saw the Zim dollar’s inflation rate when up to a startling 79 billion% in November of 2008. It was after this, that the country decided on a multi-currency system that saw the introduction of the US dollar and South African rand among others get used in the country.

However, ten years later today in 2019, the multi-currency system is discarded for the return of the Zim dollar which is made up of RTGS currency and Bond notes and coins. Using foreign currency like the US dollar and South African Rand are now illegal.

The Daily Vox spoke to a few Zimbabwean citizens and experts to find out what they were experiencing, what their daily lives looked like.

“At the moment there’s general chaos and confusion out on the streets” senior research consultant at the Institute for Security Studies (ISS), Derek Matyszak said in an interview with The Daily Vox.

“The so-called ban on the use of US dollars comes at a time when government was involved in wage negotiations with the civil servants.” Matyszak said, “Suggesting the change to currency as a way to mitigate the arguments made by civil servants for the need to be paid in dollars.”

So, in order to undermine that argument, government introduced this legislature to say ‘okay we’re going to prohibit traders from using US dollars and now they’ll be no complaints about being paid in this currency’, the RTGS dollar,” Matyszak continued.

Since the announcement of the currency change on Monday, using money and having access to one’s own funds has become difficult. Chief Storyteller from 263Chat, Nigel Mugamu, revealed that he was unable to access funds from his accounts in order to process payments for his business: “I just went to the bank, on my way to the office, and we have an account for the business and we can’t withdraw that money either can I transfer it to the credit card to make monthly payments for the website nor can we do normal stuff that we normally do.”

Even with the ban on foreign currency, the people spoken to indicated that foreign currency is too important to everyday life and that many people will likely continue to use it.

“The guy who makes Handy Andy or the equivalent of Handy Andy probably buys their raw materials from South Africa or somewhere and will need rands to do that. So they will obviously go to the black market, buy those rands and push those rands through a formal channel and make that payment,” Mugamu added.

“We were surviving by seeking foreign currency from our friends those who are working outside the country,” said Katalambano Michael, a teacher living in Zimbabwe. “We are not managing to buy even basic needs like cooking oil,” he continued.

“We are paid in the Zim dollar and the market out there is packing prices at the parallel market rate, the US dollar mostly, which means everything is just out of our reach. Just getting to work, I have to scratch around for money, ask from relatives,” said Mamthandazo, a civil servant in Zimbabwe.

“They might say we have our currency now, yes, but if the industry needs foreign currency to produce then that means we won’t have any products to buy with this currency. As we spoke, Lobel shut down. So, where will we get the bread?” Mamthandazo continued. “We might have the currency but the issue I believe is that we might go back to 2008 when the shelves were empty”.

What is clear is that the currency change seems to have introduced more problems than it intends to change, making it harder for citizens in Zimbabwe to live their lives. In conducting the telephonic interviews with citizens, network coverage was said could be a problem because of current power outages happening in the country. A situation that, as a South African, is reminiscent of load-shedding. How long this crisis in Zimbabwe will last for is unknown but it things cannot stay as they are.

“What is happening now is unsustainable. I can’t see how we can continue like this until the end of the year. Something fundamental has to change” Mugamu said when asked how long this can go on for. “I believe that dialogue is the thing that is required. Dialogue between political parties.”

“I don’t think it’s sustainable. Once the repercussions start to be felt in the system, the black market thrives and import goods start to disappear from the shelves, when petrol becomes more scarce, government will have to put this on hold or we’re going to have foreign currency transactions for more goods and services. At the moment they welcome foreign currency for airline tickets and they require for luxury goods to be paid for in US dollars,” said Matyszak.

People in Zimbabwe want change and thought they would get it after getting rid of former President, Robert Mugabe. However, that dream of change and positive outlook has soon vanished, about a year and a half in President Emmerson Mnangagwa. In the July 2019 elections, change is what was promised by the electoral candidates. And it seemed Mnangagwa would bring this change because, unlike Movement for Democratic Change (MDC) Alliance leader, Nelson Chamisa, Mnangagwa had distanced himself from the former president, Robert Mugabe. However, today that tune has changed and the Mnangagwa leadership does not seem to have solved much of Zimbabwe’s woes.

“That hope [for positive change] disappeared quite some time ago. Zimbabwe is in a situation where people are experiencing 17 to 18-hour long power cuts, meaning that the power comes on at ten o’clock at night it goes away at five or six in the morning, which is not fun in Winter. Some people are lucky enough to have generators but those generators require diesel and to get your diesel you need to sit in a two-kilometre diesel queue which may or may not move,” Matyszak said.