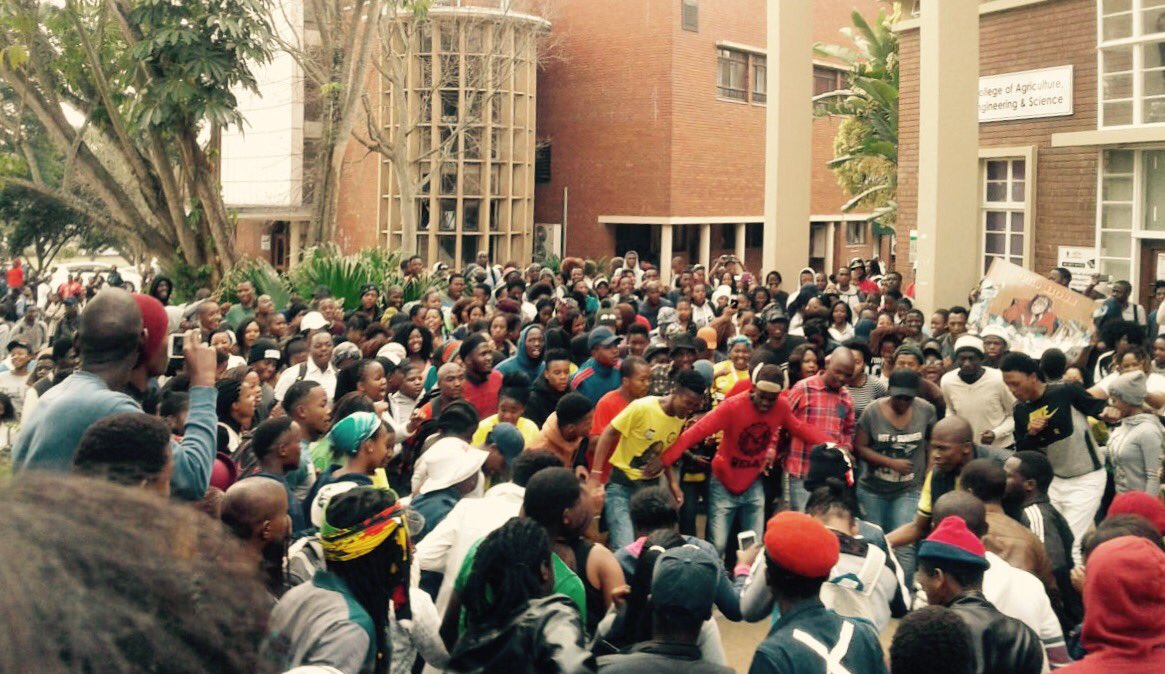 On Monday, The Mangosuthu University of Technology and the Pietermaritzburg campus of the University of KwaZulu-Natal (UKZN) were shut down. The South African Union of Students (SAUS)Â has also warned that it may shut down other campuses across the country in protest against proposed hikes in the cost of tuition.

The vice-chancellor at Ukzn has suspended Academic programme at Pietermaritzburg, today 15Aug and 16Aug #FeesMustFallReloaded#FeesMustFall

The Democratic Alliance Student Organisation (DASO) is however not having any of it.

â€œSuch a move will only make the situation worse for all students, especially those from poor backgrounds, by disrupting valuable academic teaching and support,â€ DASOâ€™s Yusuf Cassim said in a statement.

Students across the country however are feeling the ripples of discontent, as no sustainable solution to the cost of tuition has yet been put forward.

â€œWe canâ€™t have these ridiculous fee increases every year because, honestly, it feels like education is being commodified â€“ us from the middle class are being targeted because we canâ€™t afford education. Itâ€™s going to come to a point where we must rise as students to have our voices heard, then it has to be done,â€ said Amanda Mashego, 19, a student from Wits.

For students at UKZNâ€™s Pietermaritzburg campus, the goal of free education is propelling students towards further protest.

According to Thabitha Sibiya, 20, who is also a student at UKZNâ€™s Pietermaritzburg campus, the SRC and SASCO have been mobilising students there.

â€œThis began on Thursday last week, where some students were kicked out of lecture rooms and residents around the University, that is where police started to fire rubber bullets and teargas around 20h00 on Thursday. Friday was a bit calm until they woke up today early in the morning around 3:00 where they went to student residences to wake them up so that they can gather at main campus, and around 7:00 they began singing on the streets going around making sure that no one attends,â€ the student said.

Ukzn pmb was up at 3am.Keep ur 6% & 0% we want free education in our lifetime! #FeesMustFall #FeesMustFallReloaded pic.twitter.com/HVl27CmDRB

The ability of SAUS to further mobilise students may however be hampered by the organisationâ€™s association with the ANC.

â€œThe calls to disrupt teaching time by the poorly disguised ANC front organisation, SAUS, is nothing more than an attempt to distract attention away from the Luthuli Houseâ€™s blame in this regard,â€ DASOâ€™s Cassim said.

Other students say they are ready to support the protests for now.

â€œI think it’s easier to support this protest right now because it’s been calm – no violence, no destruction of property or anything like that. A little after the decision was made to call off lectures everyone dispersed and I guess weâ€™re just waiting to hear what management along with SRC decide,â€ Sibiya said.

In Durban meanwhile, some 200 students took to the streets on Monday to protest against poor living conditions.