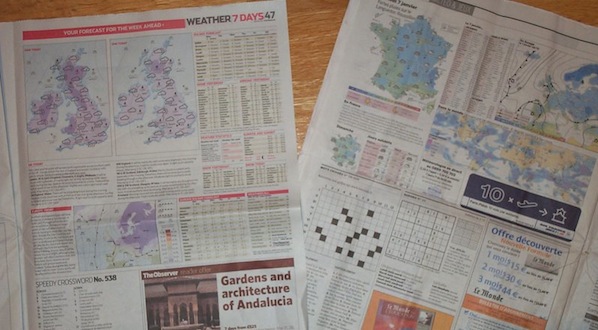 “Bad news sells,” or so the axiom goes but some media scholars are now challenging this narrative and questioning how the news is packaged.

“What kind of questions do we ask people? Do we create victims out of our interviewees, or do we ask questions that look for resources or solutions or inspiration after conflict or setbacks in life?â€ asks Gyldensted.

The media has a tendency to foster conflict by focusing on areas where people disagree, rather than on where they agree and getting them to work together for societyâ€™s benefit, she said. Instead what was needed was to create more â€œactions towards solutionsâ€.

Media theorists Max McCombs and Amy Reynolds argue thatÂ journalists have four responsibilities: to be a gatekeeper; to disseminate necessary information to the public, to be a reflection of cultural interests, and to be a government watchdog.Â The South African media seems to focus most of its energies on its watchdog role and there have been recent calls for more â€œsunshine newsâ€ â€“ not just from controversial figures like the SABCâ€™s Hlaudi Motsoeneng but also from deputy president Cyril Ramaphosa. Analysts like journalism professor Anton Harber meanwhile have highlighted this contestation between sunshine and watchdog journalism.

Gyldenstedâ€™s home country, it should be noted, has what is perceived to beÂ the least corruptÂ public service in the world. But it’s not sunshine news that Gyldensted is calling for.Â Rather than being a way to avoid difficult topics, constructive journalism is meant to be a way to deal more thoroughly with them. In an interview with IVOH.org, Gyldensted said she sees constructive journalism as “a new and (better) way to keep the powerfulÂ accountable and in check”.

A similar idea is gaining tractionÂ in the US, where it is referred to as “solutions journalism”. David Bornstein, co-founder of theÂ Solutions Journalism Network, meanwhile toldÂ Journalism.co.ukÂ that it was not “good news” that people wanted but solutions-oriented news that presents “the whole spectrum or responses around a particular problem”. This means not just reporting on a problem and the people involved but also on the possible solutions to the problem.

A more constructive type of journalism could help South Africans feel more positive about the possibilities that exist in the country. Perhaps whatâ€™s needed from the press is not so much sunshine as solutions.