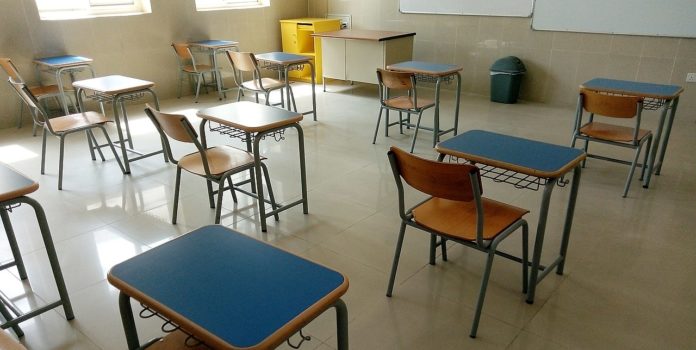 During the first peak of COVID-19 infections in 2020, Heathfield High principal Wesley Neumanm refused to open his school. He now faces a disciplinary hearing.

The charges against him  include a failure to carry out a lawful instruction of the employer, committing misconduct by allegedly encouraging personnel to not to report for duty, and discouraging the attendance of learners via social media platforms. Neumann is also accused of prejudicing the administration, discipline or efficiency of the Western Cape Education Department (WCED), by distributing disrespectful pictures and/or videos on Facebook.

The WCED’s head of department Brian Schreuder said the legal process must be allowed to continue unhindered by any party. During the height of the first wave of coronavirus infections, the principal supported by the student governing body (SGB) wrote to Schreuder explaining why the school could not open.

Published on Facebook on June 22 2020, Neumann and other principals made a plea to the government not to reopen schools. “Our concern about our teachers’ and children’s health and safety is born out of great love for people and their basic needs,” the letter said.

Heathfield High is a quintile five school. Those schools are required to raise funds for its needs independently. According to Neumann’s lawyer Vernon Seymour, Neumann’s actions were guided by the opposition of parents to the school being reopened.

“If it rules in our favour, it will vindicate the rights of communities in terms of their role in education and schooling,” said Seymour. Seymour said the department had instructed principals to open the schools and begin with the teaching but parents didn’t want their children at school while the pandemic was raging.

“As long as our schools are short-changed and there’s a pretense that all these schools are the same, these inequality issues will continue,” said Seymour.

Civil society organisation C19 People’s Coalition have also come out in support of Neumann. They’ve called on the department’s MEC Debbie Schäfer and Schreuder to refuse the use of disciplinary action as the default approach to disagreement. They want them to immediately withdraw all charges against Neumann and to issue a public letter of apology to the Heathfield community.

This story will be updated with the final outcome of the hearing.