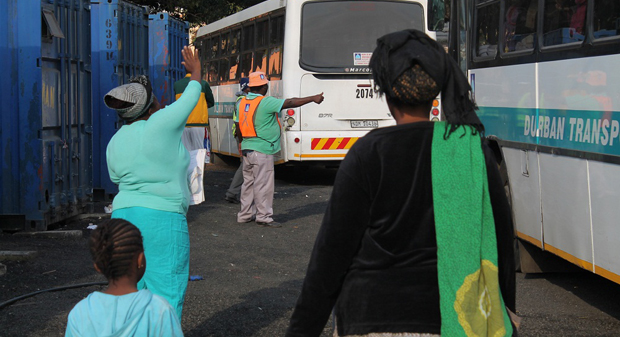 FewerÂ than 100 of more than than 200 refugees have left the Chatsworth camp despite the announcement by eThekwini municipality that it would be closed yesterday. The UNHCR has offered packages to the refugees to restart their lives: R3,500 for individuals and R7,000 for family units. Some people have not yet received their packages, thus they could not leave the camp. Most refugees remain adamant about staying put, with some of them saying they would leave the camp only when UNHCR deports them to another country. QINISO MBILI was there for the campâ€™s official closing. Media personnel were asked to leave the premises of the camp as the United Nations High Commission for Refugees (UNHCR) held a brief meeting with the refugees in the camp. After a few minutes, the meeting was adjourned and media were allowed back onto the premises. In the morning, some refugees had already packed in anticipation of the strenuous move, while others remained unbothered and continued with their everyday camp life. The refugees reintegrating into local communities had to register their names, country of origin and destination before they left. Most chose to go to Durban and Phoenix and almost none opted for their original communities, from which they had fled during the xenophobic attacks earlier this year. For most residents, it was just an ordinary day at the camp as they knew that they had nowhere to go and would sleep there whether the tents were removed or not. Some refugees have been living in their private small tents for weeks and are prepared to continue doing so should the municipality take its tents away. Raphael FikiriÂ packed all his belongings into his car, although he did not know where to go. He said he was anticipating that should tents be removed, he will be ready to go anywhere. He added that he might sleep in his car at night. Three buses were at the camp ready to transport people to Durban and Phoenix. Anyone who wanted to go anywhere else, would arrange their own transportation. Two buses, in which most of the space was occupied by baggage, were half-filled, while one was left empty. Some friendships had been formed at the camp, one of them between the site services manager, Sfiso Dlamini,Â and a soccer-loving teenage boy. They had to say goodbye, as the boyâ€™s family had decided to leave to Botswana.

– All images: By Qiniso Mbili.