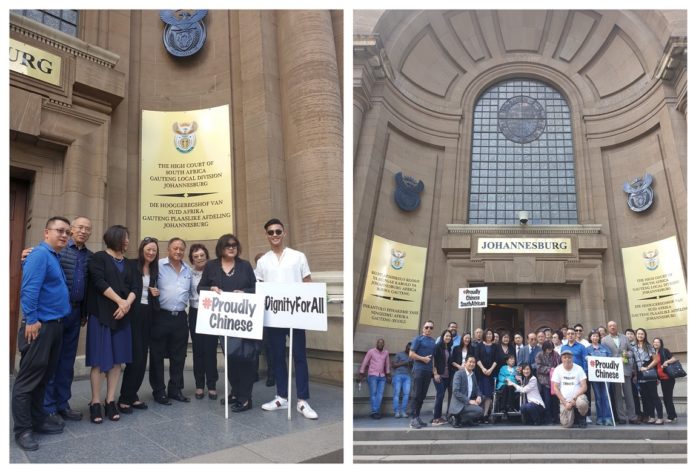 The Equality Court has heard The Chinese Association’s (TCA) legal case against 12 respondents accused of hate speech, harassment and unfair discrimination. The case concerns statements made about the Chinese South African community.

In 2017, Carte Blanche played an insert about animal abuse and the trade of donkey skins. The show examined the donkey skins industry and how some of these skins ended up in the Chinese medicinal market. Following the airing of the show, TCA said members of the Chinese South African community were subjected to hate speech and discrimination on social media.

TCA released a statement following the airing of the show saying that their members had come across offensive comments made on social media. These comments were found on the social media pages of Carte Blanche and the Karoo Donkey Sanctuary, the association said. The association first approached the South African Human Rights Commission, before taking the case to the Equality Court.

The case was brought before the Equality Court in March 2019. Proceedings were postponed to November due to delays with the evidence. The organisation presented the case on behalf of over 40 organisations and prominent people from across the local Chinese community.

Speaking to The Daily Vox, TCA’s deputy chairperson Francis Lai Hong said the court proceedings were important to show that Chinese people who have been living in South Africa for 350 years “have always been persecuted and suffered hardships and discrimination”.

During the court proceedings, affidavits from members of TCA detailed how comments alleged to be have been from the respondents have affected them. Henry Wing, a retired second-generation Chinese South African said he felt despondent over the comments. In his affidavit, Wing said no matter how many years have passed since the end of apartheid, white people will continue to view Chinese South Africans as inferior.

Human rights lawyer and activist Kayan Leung said that many Chinese people living in South Africa have experienced casual racism. She said this case could be an acknowledgment of the struggles the community has faced.

Lai Hong said if the court rules in their behalf, it will be significant for the community, especially as it seems to becoming socially acceptable to discriminate against the community.

“It’s harmful to allow the space for people to perpetuate these harmful stereotypes. The comments that manifested from post on Carte Blanche were almost genocidal,” said Leung.

TCA are calling for the court to institute action which includes an unconditional apology, an interdict preventing similar future speech, damages, the rendering of community service to monitor and remove anti-Chinese hate speech on social media. They want the 12 respondents to attend a sensitisation training offered by the South African Human Rights Commission.