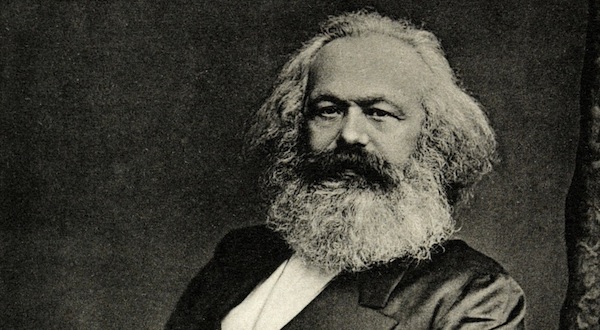 â€œReligion is the sigh of the oppressed creature, the heart of a heartless world, and the soul of soulless conditions. It is the opium of the people.â€
– Karl Marx

In the wake of the many headline-grabbing stories about religion in recent weeks and months, a friend asked me: â€œHow can we save people from being lured into the kind of brainwashing that puts them in harmâ€™s way?â€

While my social media response to stories of fatal religious pilgrimages and petrol drinking have been filled with everything from scepticism to small doses of scorn, my initial response to my friendâ€™s concern was surprisingly not to take out a note pad to jot down some emancipatory ideas. Rather, my first thought was â€œWhy do they need saving?â€ Well, considering that bodies are currently being identified in a Nigerian morgue, you may think my internal question ignores some obvious facts. The news headlines have piled on.

Had I written this just a week ago, we would still all been fixating on the collapse of the dramatic Synagogue Church of All Nations (SCOAN) building that claimed the lives of dozens of people, many of whom were South African.

The SCOAN leader TB Joshua has firmly taken his place as protagonist and antagonist in this narrative, refusing to be silent amid this tragedy. He has taken all opportunities to spout conspiracy theories about UFOs and Boko Haram and spiritually explain away the tragic loss of lives and possible structural problems with the building as essentially the will of God.

Not to be eclipsed, other church leaders have joined the news headlines. In the last week there have been reports that another Nigerian church, Chosen Church, has also collapsed, and in our very own backyard Pastor Lesego Daniel (of grass-eatingÂ fame)Â re-emergedÂ  with a new video showing him pouring petrol into the mouths of willing congregants who claim that the pastor has turned petrol into pineapple juice.

I have looked on curiously as believers andÂ non-believersÂ have battled it out on social media and news platforms.Â Non-believersÂ have been most vocal and have been quick to call the pastors and prophets charlatans, exploiters and even criminals, while referring to those who believe as irrational and gullible.

Believers have made it their business to defend Joshua and others, most commonly arguing that those who attack the character of a man of God or an act of God simply do not understand spiritual things and should not allow their ignorance to show.

Marx is often quoted as having said that religion is the opium of the people but what he was trying to say is much more nuanced than a glib and wholesale rubbishing of religion. Marx thought religion was the creation of and participation in illusions and a false sense of hope, but argued that it is having to deal with the realities of an inescapably unjust, uncaring and oppressive world that serves as a necessary precondition for religion.

Religion provides a lens through which the crappy aspects of our real lives can be filtered. The issue is not with the irrationality of religion but with irrationality of social and economic life.

I could be lazy and insert the standard, â€œpeople are exploited by religion because of inequalityâ€ argument here, but there is a different issue that the responses to the latest newsworthy religious events exposes that is important to raise. That is, religion or the lack thereof is not just about faith vs rationality but about a complex of intersecting personal, familial, political and other social identities or circumstances. It is all part of the dance we all do to cope with major questions about who we are and what to do about the world we live in.

Whether religious or not we treat religion as some kind of special category of social phenomenon, worthy of more scrutiny or praise than other social institutions. It is not. Humans are messy, and the human experience is complicated. All social structures provide a neat, albeit at times unrealistic, set of norms, standards and outcomes that is meant to make this messy process of navigating identity and society less messy. In colloquial terms, they are created to sell us dreams. Some people believe in God and the #petrolpastor, while others choose a commitment to democracy to help them feel like they have figured stuff out. Religion sells us dreams of blessings, healing and salvation, while democracy sells us dreams ofÂ self-governance,Â better lives,Â and open societies.

Perhaps, instead of trying to save each other from religion and other opiates, we should spend more time trying to understand why we need to be sold these identities, rituals and beliefs in the first place. Tessa Dooms is a director at Youth Lab, a youth-led policy advocacy organisation and a partner at Venture Colabs. As a trained sociologist, Tessa has lectured and researched in areas including youth identities, religion, sexuality and health. She is committed to raising the level of public discourse on issues of everyday life, to subverting power and sheding light on injustice. Follow her on Twitter.