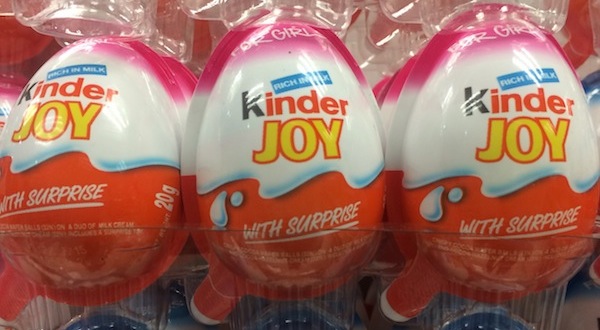 The wounded child inside many males is a boy who, when he first spoke his truths, was silenced by paternal sadism, by a patriarchal world that did not want him to claim his true feelings. The wounded child inside many females is a girl who was taught from early childhood that she must become something other than herself, deny her true feelings, in order to attract and please others.â€

– bell hooks in All About Love: New Visions

We live in a world that socialises boys and girls to conform to gender roles in a way that perpetuates the unequal power relations between men and women. Iâ€™ve always believed this but it was only when I had my own children that the issue landed right on my doorstep.

I have a daughter who is now four years old, a creative, adventurous child who loves colours, shapes, numbers and â€œinventionsâ€. She has always collected all sorts of junk to build rockets, aeroplanes and anything she can dream up. Then came the when she was busy building a â€œtelescopeâ€ outside and Â someone looking for her granny came around and asked her why she wasnâ€™t playing with dolls instead.

It was just the first time weâ€™ve had to deal with this gender bias from people who believe they know what is right for my children.

When my daughter was learning her colours, every time she knew a new one, it automatically became her â€œfavourite colourâ€. But whenever she liked a colour that was not pink, red or orange, her teacher would tell her that those are â€œboyâ€™s coloursâ€.

There are many other examples I can give – the type of clothing available for little girls at most shops, how toys and educational material have become gendered (pink and princesses for girls, blue and pirates for boys).

Try buying kids books at the big retail stores and you will find story books â€œfor boysâ€ and story books â€œfor girlsâ€. Lately even the colouring books come in boy and girl versions. Most of these seem to be aimed at further socialising kids to conform to patriarchal gender roles â€“ the princess and pirates dichotomy, good girls and bad boys.

This gender socialisation entrenches the ideas that women are only capable of certain things, and that certain behaviours are only acceptable in women. The idea of a boy pushing a doll in a toy pram would likely shock the same aunty that criticised my daughter for building a telescope.

It is this same gendered socialisation that carried out in discreet daily sexism; creating a breeding ground for rape culture and violence against women.

I donâ€™t want my children to be used as a means of upholding traditional gender roles, which are socially constructed to ensure that women are seen and treated as inferior to men. Koketso Moeti is a campaigner, blogger and part of the Activate! Change Drivers network. She writes for the Mail and Guardianâ€™s Thought Leader, for Safe World for Women and for NGO Pulse. Follow her on Twitter or read her personal blog.