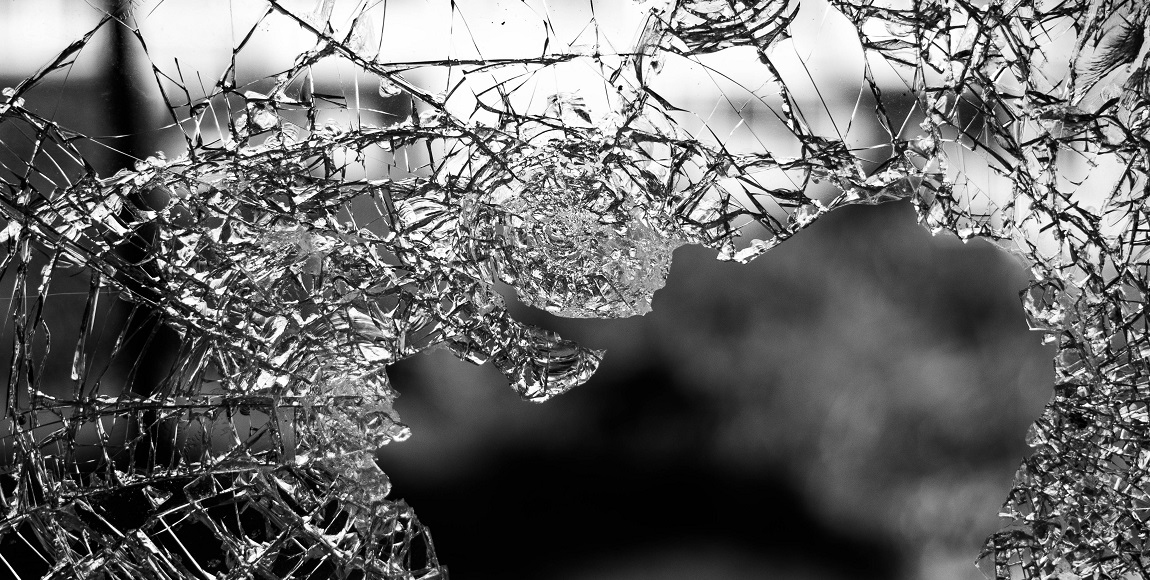 Drivers in northern KwaZulu-Natal are familiar with the trend of rocks thrown at cars from bridges. This is a robbery tactic that has been experienced on the freeways for decades. In my primary school in Empangeni, a family close to one of my classmates was killed in an incident. Since then, Iâ€™ve known many more who have lost their lives because of this. It has always remained a mystery about why these acts were committed. Was it to fulfil a sociopathic need for destruction, or a means to an end?

Over the past few weeks, the number of incidents has increased. The Sunday Tribune asked physics students to calculate the level of damage inflicted by a rock dropped onto a car. A 3kg rock dropped off a 5m bridge on a car travelling at 120km/h would be the same as dropping a small piano onto a car. Dropping a 15kg rock would be the same as a horse landing on your car.Â The precision with which the rock lands can be devastatingly fatal.

Now, it seems this has become an epidemic, spreading to Gauteng. Johannesburg Metro Police Department (JMPD) spokesperson Edna Mamonyane, said in an interview with The Daily Vox that she and her family were recently victims of this crime. One evening, driving back from a funeral on the N12, just before the Golden Highway, a rock suddenly hit their car from the side of the road. Mamonyane said that everyone in the car panicked and began screaming. Luckily, she knew the modus operandi and told the driver not to stop. â€œI knew that if she stoppedâ€¦they were going to take everything because thatâ€™s what they want,â€ she said.

According to Mamonyane, over the past few weeks, rock-throwing incidents have been occurring more frequently, particularly along the N12 freeway. But once police visibility increases along a particular stretch of road, they just move the “goalpost further along the freewayâ€.

â€œThey started [at] the side where they would be not far from houses. Now theyâ€™ve moved all the way to the side, where you have the off-ramps to Lenasia and Soweto. That strip used to be a bigger problem. Now theyâ€™ve moved to the bend where N12 [and] N1 split,â€ she said.

Compared to the frequency in northern KwaZulu-Natal, especially along the route between Tongaat and Ballito, rock throwing has only been occurring in Johannesburg for the past two to three years. Before that rocks were placed in the middle of the road. An unsuspecting driver would hit the rock and pull over to inspect the damage. Once out of their car, they would be attacked and robbed. â€œPeople must calm down and not stop, but people panic. They stop and these people start attacking them by taking their cell phones, all their valuables,â€ she said.

Mamonyane said the people throwing rocks off bridges donâ€™t care about the car. â€œThey donâ€™t take the car because the car is damaged. Itâ€™s just one of the crimes where people think they can get some valuable things and make quick money. They go sell them and make a quick buck,â€ she said.Â Ensuring the safety of motorists along the N1 and N12 is very difficult as itâ€™s a long stretch of road. Mamonyane said that JMPD is considering using undercover officers to patrol the veld areas the perpetrators hide in.

â€œWe might have to use officers that will have to go undercover and walk around that area from behind, maybe unmarked cars are standing at a distance where he can be able to talk with the other colleagues on the radio,â€ she said.

The Daily News reported that the eThekwini municipality will be putting up steel cages around bridges to make it difficult for people to throw rocks, and will also be installing surveillance cameras on the bridges.

Very few people have been arrested and convicted of these crimes. The Daily News reported on Wednesday, 10 January, six 15-year-olds were questioned about rock-throwing incidents along the N2 between Tongaat and Ballito. Only one arrestÂ was made after seven rock-throwing incidents across Durban.Â Catching the culprits is also quite difficult considering they hide in the grass at night and can see the metro police approaching. â€œAfter they throw these things, they arenâ€™t standing on the road to be seen. They wait and see that the car has stopped. Others wait behind some long grass on the side of the road and watch. From where they are, they can see you, you canâ€™t see them,â€ said Mamonyane.

Mamonyane recommends that you donâ€™t stop if your car has been damaged along these hotspots. â€œBut I always say to people drive with that [damaged car], I know it will be completely destroyed,â€ she said. Either drive to a police station, which would be the Eldorado Park station if driving along the Golden Highway hotspot. If you arenâ€™t sure, drive to your nearest petrol station and ask for directions there. Once there, open a case to claim from insurance providers for the damages.