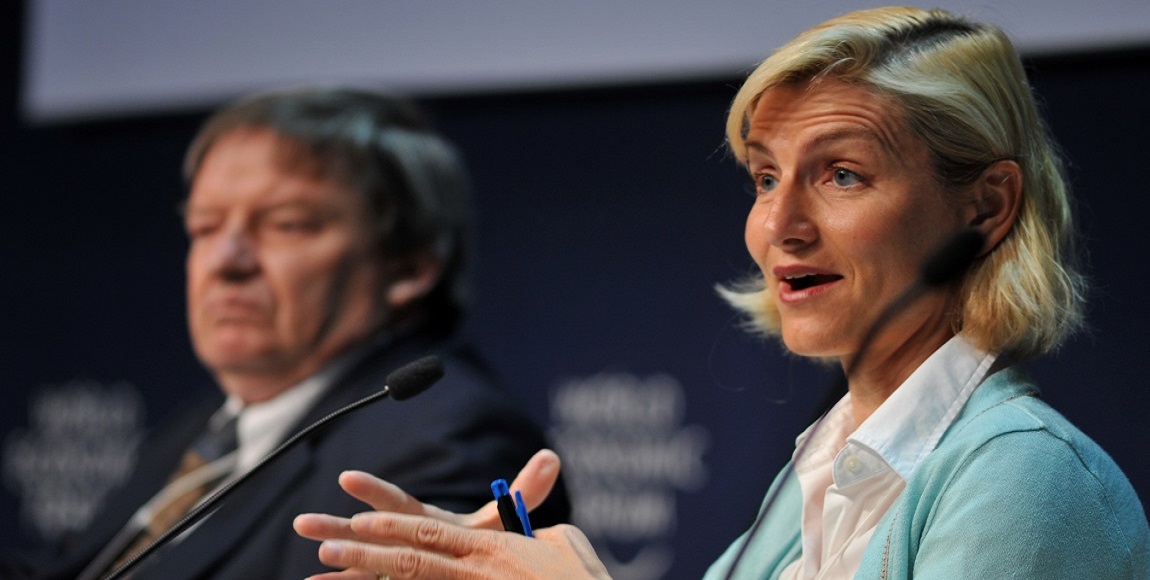 It wasnâ€™t enough that French President Macron believes Africa is a country, now a Danish minister believes contraceptives are the cure for Africaâ€™s migration problem. On Tuesday, Denmark pledged more funds for family planning in developing nations – particularly Africa – saying this could help “limit the migration pressure on Europe”. Yes, the cure for war and political turmoil is a condom.

Speaking at a press conference in London, Denmarkâ€™s Minister for Development Cooperation, Ulla Tornaes, said unwanted pregnancies had “enormous” human and social costs in the world’s poorest nations. Tornaes said 225 million women in the world’s poorest countries do not currently have access to family planning.

“Unwanted pregnancies have enormous human costs in developing countries – from very young women who must give up their basic education, maternal mortality,” she said. The minister said this “also has large social costs, where many countries’ development step is limited by high population growth”.

Itâ€™s true that contraception and family planning services need to be more accessible but its paternalistic AF for Denmark as a first world country to diagnose â€œAfricanâ€ problems to suit their own personal agendas.

After all, how will decreasing unwanted pregnancies decrease migrational pressures in Europe? This is a gross oversimplification of migration all over the world – but particularly in Africa.

People migrate for a plethora of serious reasons. Many African migrants are fleeing war-torn countries or countries steeped in political turmoil. In authoritarian countries like Ethiopia, government cracks down on protests with brutal force, killing citizens; Somalia is considered a failed state; Kenya faces terrorist attacks from Al-Shabaab; Tanzania and Uganda have dangerous anti-homosexual laws; ethnic and religious tensions have caused deadly clashes and disputes over land and resourcesÂ in Nigeria – to name a few.

But sure, letâ€™s just say Africans are fleeing overpopulation.

And anyway, maybe if Europeans didnâ€™t slice Africa up like an old carcass and divide it among themselves, impose colonial rule and then abandon ship, there wouldnâ€™t be half the amount of ethnic tensions, border wars and conflict that there are today.

We shouldâ€™ve expected as much though. Danish migration policy has been problematic before. In January 2016, the Danish parliament backed a controversial proposal to confiscate asylum seekers’ valuables to financeÂ their upkeep – a move criticised by the UN.

But catch your breath, it gets worse. Tornaes also said limiting Africa’s population growth was important, but not exactly for Africans. She said increasing access to contraception and family planning for Africans was an important foreign and security policy priority for the Danish government. “Part of the solution to reducing migratory pressures on Europe is to reduce the very high population growth in many African countries,” she said.

Is Tornaes genuinely concerned about womenâ€™s health in Africa? Or is she afraid of the rate at which Africaâ€™s population is growing compared to Europeâ€™s?

Europe faces demographic decline, meaning there are more deaths than births. Europe also has an aging population – there are more people over 65 than below. If this is not addressed, it poses a direct threat to economic growth, pensions, healthcare and social services. In fact despite resistance to immigration, one long-term option for Europe to help sustain its economy could be to allow more immigration, particularly from Africa and the Middle East.

Denmark – and other EU nations – has recently been under pressure to deal with a rising number of asylum seekers and immigrants arriving in Europe. But asylum applications dropped dramatically in the country in 2016, compared with 2015. In October last year, Denmark had received 5 500 applications, compared with 21 000 in 2015.

Weâ€™ll take the contraceptives Denmark, but you can keep your ill-informed diagnosis of â€˜Africanâ€™ problems and how they contribute to the influx of migrants in Denmark.