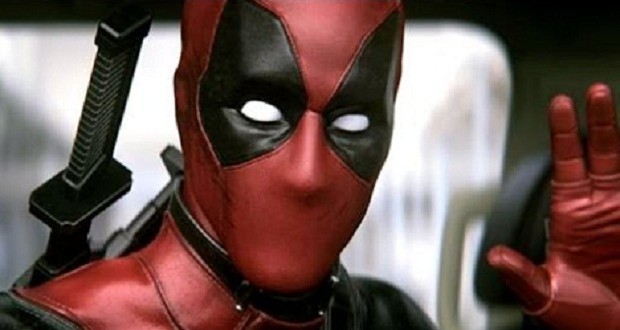 The Deadpool movie is already raking up the Box Office records. As fans of the red spandexed anti-hero flocked to watch the movie, DANA DA SILVA, a fan herself, checked it out to see if it was everything that she expected – and it was.

As a DeadpoolÂ fan I was expecting what all Deadpool fans were expecting – gratuitous violence, fourth wall breaks and witty, inappropriate jokes. That is exactly what I got. Not even five minutes in and Deadpool was already speaking to the audience and fighting bad guys by putting cigarette lighters in their mouths, decapitating them and giving one a wedgie.

It is a good break from the mouldÂ of superhero movies, like The Avengers, Ant Man and X-Men. This is summed up when Deadpool says, â€œYouâ€™re probably thinking ‘This is a superhero movie, but that guy in the suit just turned that other guy into a fucking kebab?’ Surprise, this is a different kind of superhero story.â€

Even the opening titles have their own wit to them as they say that it has a â€œHot Chickâ€, produced by â€œAss Hatsâ€ and directed by â€œan overpaid toolâ€. But you donâ€™t need to already be a fan of Deadpool to enjoy the movie.

For those of you who have no idea who he is, then just go watch the movie already! Ryan Reynolds is perfectly badass as the profane anti-hero who slices open bad guys with his two katanas. The movie itself is about the origins of Deadpool and about him kicking ass, which is illustrated brilliantly through the choreography and editing.

Basically, Deadpool goes after bad guys for making him look like, â€œFreddy Krueger face-fucked a topographical map of Utah.â€ This is one of the many wisecracks from T.J Miller who was cast as the sidekick, Weasel, and brings great comic relief to an already fun film.

But Deadpool didnâ€™t always look like â€œan avocado had sex with an older avocadoâ€, another Weasel crack. While he is beating on the bad guys he often breaks to talk to the audience and tells them a different story – a love story.

The story is about him and his prostitute girlfriend Vanessa, played by Morena Baccarin. She and Reynolds have great chemistry throughout the movie, which is necessary as their relationship is basically described through a sex montage. Prudes, take along a friend to cover your eyes.

In the whirlwind romance, boy meets a girl, boy falls in love with girl, boy wants to marry girl… but then boy gets cancer. It is at this point that the origin story takes a turn as Wade Wilson (Deadpool) takes a guy up on his offer to cure him. Thatâ€™s where he got his new looks from, and as a result, seeks out his revenge against the evil scientist, Francis, aka Ajax. This guy cured him by giving him super healing but ultimately making him â€œcompletely unfuckableâ€.

This break and constant jump in storytelling can possibly be traced to his Wilson’s fractured mind, a result of the experiments done on him. He often talks to his multiple personalities in the comics, and it’s done well in the movie too. Though unsettling and causing a break in the story, these jumps are done at a fantastic pace, telling the story as he beats up bad guys.

Deadpool is also known for “breaking the fourth wall” in the comics. This is where he speaks to the audience about what is going on. The awareness with which this is done is fantastic, as Deadpool says things like, â€œA fourth wall break within a fourth wall break? Thatâ€™s likeâ€¦ 16 walls!â€

Ajax is played by villainous looking Ed Skrien, who along with other villains doesn’t have much depth to them. You could say that they only exist in relation to the hero. Sure, Ajax was experimenting on other people, trying to create more mutant slaves, but other than that there didnâ€™t seem to be much on his plate.

All the female characters in the movie are capable of saving themselves, but they lack more depth of character. We can see this with characters such as Negasonic Teenage Warhead, an X-Men member who has the power to do localised atomic detonation. One of the bad guys (girls?) is Angel Dust, a mutant who possesses superhuman levels of strength and speed. Sure, these women are badass, but you didnâ€™t get to see much more than that.

In short, as a fan of Deadpool, I was quite happy with the movie as it gave me exactly what I was looking for, and more.