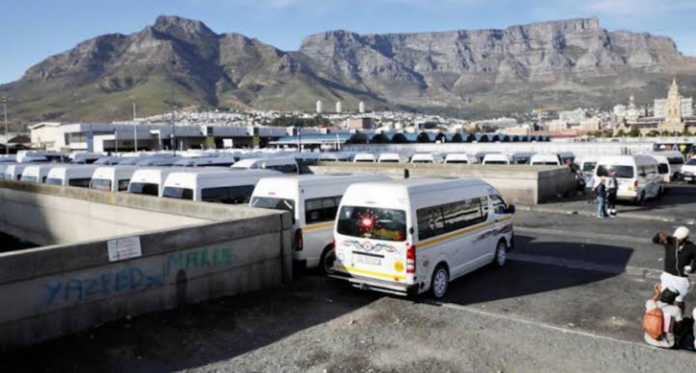 Thousands of commuters have been left stranded due to taxi violence in Cape Town. The taxi violence has been described as a fight between taxi associations operating on the Paarl to Cape Town route. Here is what we know about the taxi industry disputes.

On July 22, it was revealed no agreement was reached to end the violence.

On July 19, a bus driver was shot and injured in what is suspected to be part of the taxi violence. The Golden Arrow bus service subsequently limited their bus service. Thousands of commuters were stranded and struggled to make their way home with the limited service.

When did the violence start?

Beginning from July 5, fighting over the Paarl to Bellville route has escalated into violent and fatal attacks leaving eight people dead.

Daylin Mitchell, the provincial minister of transport, called the killings senseless and heartbreaking. He said a lasting solution needs to be found to prevent violence. Mitchell has called for an emergency meeting of the main taxi associations to find a lasting end to the violence.

In response to the killinga, Mandla Hermanus, the Cape Amalgamated Taxi Association (CATA) secretary-general said they withdrew their services for the safety of commuters and drivers.

“This has been going on for the last two years. At the core of the current conflict is the contestation about a route in Paarl […] Cata Boland affiliated to Cata has been kicked out of Paarl. They have not been able to operate for almost a year now despite being legally operational to do so,” Hermanus said.

Taxis returned to the road on July 9, after an agreement was reached between Cata, the Congress of Democratic Taxi Association (Codeta) and local government officials.

On July 10, a Codeta- affiliated taxi driver was shot and killed in Khayelitsha. Codeta secretary-general Andile Khanyi said they don’t want to speculate on the motivation behind the killing, as it may be unrelated to the recent taxi violence.

On July 13, violence erupted again after three taxi operators were shot dead in Khayelitsha.There has been 76 taxi-related murders this year alone and 44 incidents of attempted murder.

Mitchell has gazetted for the closure of some routes and taxi ranks. He said the intention is to close the routes and ranks for the safety and interest of the commuters and communities.

On July 16, a meeting was held between Mitchell and Albert Fritz (community safety MEC), taxi associations and transport minister, Fikile Mbalula, to find a solution to end taxi violence.

Mbalula is still engaging in discussions with taxi associations and the Western Cape local government. The minister is monitoring negotitations between Cata and Codeta, and has asked for violence to desist.

Mbalula said his department is disappointed with the recent turn of events in the Western Cape.

Alan Windie, Western Cape premier, released a statement on July 19, addressing the ongoing taxi violence. Winde condemned the violence saying it compromises the safety and wellbeing of Cape Town’s residents; by costing lives and livelihoods. Winde said they will also be pursuing an interdict in the Western Cape High court against illegal operations along the disputed routes.

A media briefing will be held on July 21 along with the national department to brief the media and public on what is being done to end the violence.

Taxi violence stemming from the Paarl to Cape town route dispute has been ongoing for two years. The violence was described then as a “route invasion”.