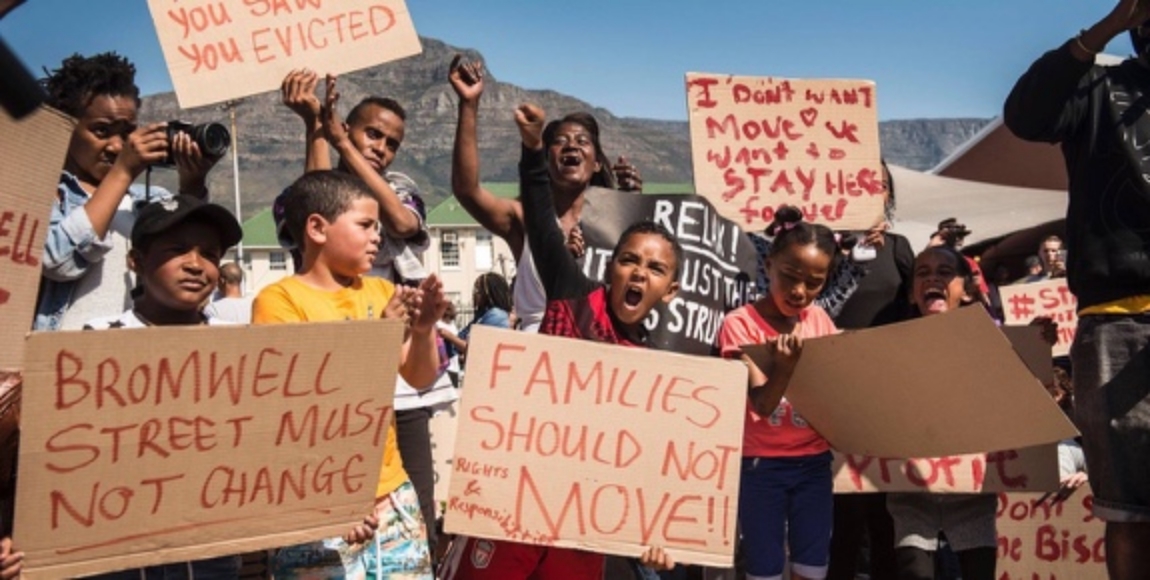 In the lead-up to the judgment over Cape Town’s Bromwell Street evictions, Daneel Knoetze of Reclaim the City has created Leaving Home, a four-part online documentary showcasing the human impact of gentrification in Cape Town.

The development of areas such as Woodstock into trendy new accommodation spots and hipster haunts has been met with much criticism, because it is contingent on the displacement of the original inhabitants of the area and the destruction of their homes – often, the only homes they have ever known.

“New buildings, coffee shops, art galleries and markets are familiar signifiers of regeneration in Cape Townâ€™s inner city. This is how developers and the City of Cape Town sell their vision, absent of the stories of the families and lives laid to waste,” said Reclaim the City in a statement.

Leaving Home chronicles the story of one Woodstock resident, Charol Jacobs, and her brave stand against developers.

According to the Reclaim the City, in 2016 Charol’s wendy house was the last obstacle to Swish Properties’ construction of a luxury apartment block, the Woodstock Quarter, on Main Road.

â€œIt can break up a family, taking them apart, not knowing where they’re gonna go,â€ says one woman in the documentary. â€œThere’s no respect here, it’s their money that counts,â€ adds another man.

Jaccques Van Embden is the managing director of Woodstock Hub, the company erecting the accommodation on Bromwell Street – the street from which Jacobs and others have been displaced. He believes the new flats he plans to build will bring more affordable rental homes to Cape Town, even though the people his company are evicting canâ€™t afford the flats.

â€œPeople say they want Cape Town to become more vibrant and more inclusive, but they donâ€™t want any development to take place. Iâ€™m not too sure if those two things can sit next to each other,â€ Van Embden told the Mail & Guardian.

The film will be screened one part per day on the Reclaim the City Facebook page, from 14 to 17 March. It is produced by WagTale Films.

Featured image via David Harrison/Reclaim the City on Facebook