Home Features Why the EFF’s attack on ANN7 is an attack on journalists and...
WhatsApp
Facebook
Twitter
Email
Print 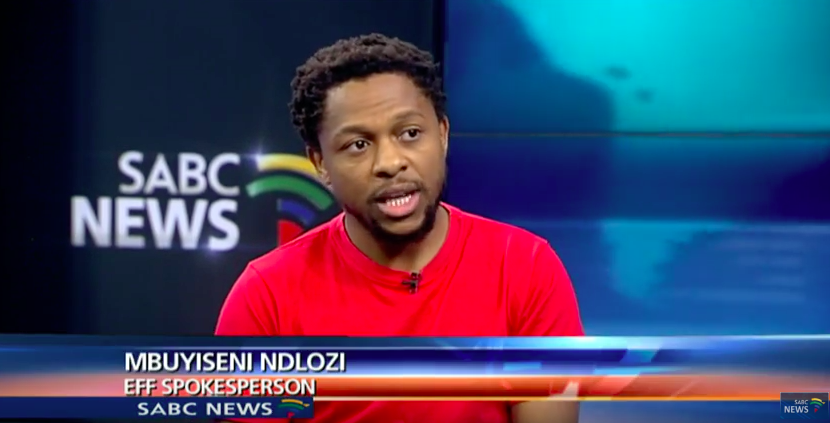 Mbuyiseni Ndlozi, spokesperson for the EFF, told the SABC news on Sunday the two outlets were money-making corrupt communications departments of the Gupta family.

Responding to criticism that the EFF was especially targeting journalists working for ANN7 and the New Age, Ndlozi said the stance against the Guptas should not be confused with a war against the journalists.

“We separate them [the Guptas] from those who work for them,” he said, “They are like workers … [but] so long as they work for TNA or ANN7, they not welcome to EFF events”.

He said that if the same journalists moved to other media organisations like the SABC or ENCA, or the like, they would be welcome to attend EFF events.

Our verdict: Whether you like ANN7 and The New Age or loathe them is irrelevant – this is an attack on the journalists working for the two media houses. Why? In a society that upholds the value of free speech, the EFF is aiming to silence a perspective they don’t agree with. Also – in an economic environment where it is close to impossible to get a job as a journalist, Ndlozi should know better than to ask journalists to “find another employer”. That is insulting.