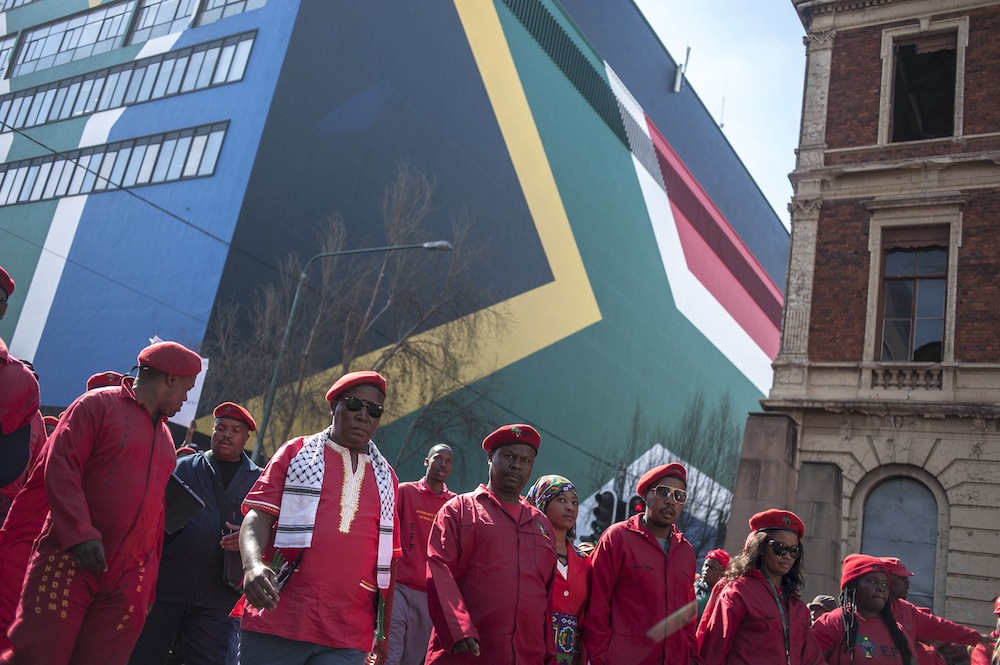 Members of the EFFÂ stormed the Gauteng legislature on Tuesday.Â Photographer IHSAAN HAFFAJEE was there.

The EFFÂ held aÂ protest march to express itsÂ dissatisfaction with the expulsion of itsÂ members from the house last month. The EFF members had beenÂ expelled because their trademark red overalls were deemedÂ inappropriate dressÂ according to the rules of the house.

“[Malema and the EFF] were supposed to march through Jo’burg and to the legislature to protest their members getting kicked out because they want to wear overalls and domestic worker uniforms,” said Haffajee.

“When they reached the legislature they decided to storm in. Police couldn’t stop them [as they were] too many and there was a mini stampede at the entrance.”

According to TimesLive, the protestors broke intoÂ the legislature building and vandalised the building. Police fired stun grenades and rubber bullets to disperse the crowd, who resorted to stone-throwing. Eventually the protestorsÂ fled, breaking windows, overturning rubbish bins and looting shops, along the way.