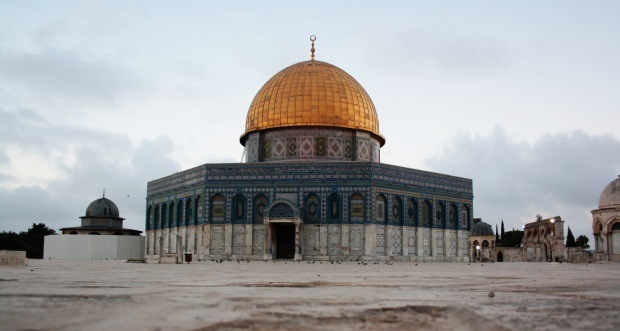 The Israeli-Palestinian conflict has quite generated an incredible amount of literature and if youâ€™re new to the history, it can be difficult to figure out where on earth to start reading. STUART LEWIS has put together a list of eight books that can help you understand what exactly is going on in the Holy Land. 1. A History of the Israeli-Palestinian Conflict – Mark Tessler (1994)
Mark Tesslerâ€™s extensive history is predicated on the idea that the contest over land between Palestinian Arabs and Zionist Jews has always been the source of the conflict. So thorough as to be rather dry in some places, this book is a relatively balanced and fair-minded account of many of the factors that brought us to the modern conflict and is a great starting point for uninformed readers.

2. The Question of Palestine – Edward Said (1992)
Edward Said is considered to be one of the founders of post-colonialism, and for good reason. Though now quite a bit out of date, his book tackles the emergence of the modern Palestinian state and how it came into conflict with Israel and Zionism. A simple and clear account, this book is often prescribed reading for university courses dealing with the Israel-Palestine conflict.

3. The Case for Israel – Alan Dershowitz (2003)
Aimed at responding to and defeating common criticisms of the Israeli state and its operation, The Case for Israel became a New York Times Bestseller. Each chapter is preoccupied with a specific claim and often cites prominent critics of Israel to address specific points made by them. Both Edward Said and Noam Chomsky are addressed in this book, which is essential to understanding the Israeli position. There is also a sequel – The Case for Peace – which advocates for a two-state solution.

4. The Ethnic Cleansing of Palestine – Ilan PappÃ© (2006)
The central thesis of Ilan PappÃ©â€™s book is that the mass Palestinian exodus during the 1948 war that resulted in the creation of the Israeli state was a planned ethnic cleansing of the region and a necessary and deliberate objective. Understandably controversial among Israeli scholars, this text follows in the tradition of Walid Khalidi and Nur-eldeen Masalha and will give readers a very clear understanding of the Palestinian position.

5. Righteous Victims – Benny Morris (1999)
Israeli historian Benny Morris has published a number of books on Israeli-Arab relations. He describes himself as a Zionist and has drawn equal amounts of praise and criticism from both sides of the debate. Righteous Victims draws almost exclusively from secondary sources and so acts as a useful synthesis of some of the existing literature on Israel-Palestine.

6. The Other Side of Israel – Susan Nathan (2005)
Four years after emigrating to Israel from her native Britain to teach English, Susan Nathan moved to the small Arab town of Hamra in northern Israel. One of the only Jews in a city of 25, 000 Arabs, Nathan describes the harsh reality of the divide between Israeli Arabs and Israeli Jews and shows how it extends far beyond the walls of Gaza.

7. A Tale of Love and Darkness – Amos Oz (2002)
This award-winning autobiographical novel by Israeli author Amos Oz is considered one of the best-selling literary works in Israeli history. It chronicles Ozâ€™s childhood and young adult life in Tel Aviv but also deals with his own familyâ€™s history of exclusion and persecution in Europe. A brilliantly-written text, it gives fantastic insight into the mind of first-generation Israelis.

8. Why Israel?: The Anatomy of Zionist Apartheid – Suraya Dadoo and Firoz Osman (2015)
Endorsed by stalwarts of the anti-apartheid struggle in South Africa like Ronnie Kasrils and Archbishop Emeritus Desmond Tutu, this book gives an academic, thoroughly-researched and critical perspective on the Apartheid Israel hypothesis. Though deliberately skewed towards a South African perspective, this is a necessary text for understanding why parallels are drawn between the Calvinist, authoritarian regime of the National Party and the modern Israeli government.

This list is by no means exhaustive and weâ€™ve almost certainly left some crucial texts off the list. What did we miss? What are your favourite texts on Israel-Palestine? Let us know in the comments or tweet us @thedailyvox!