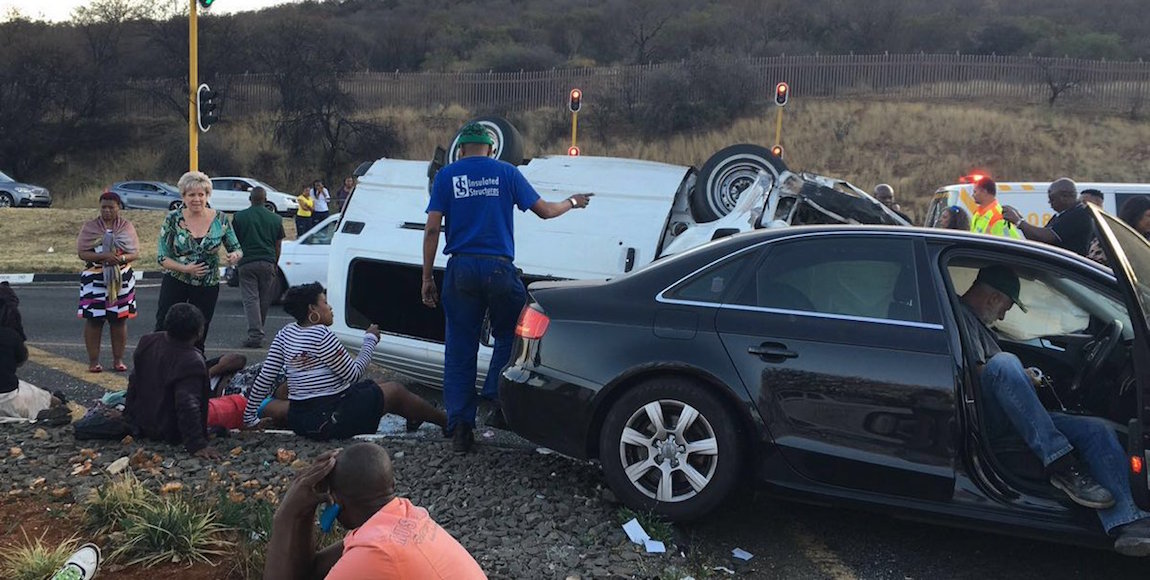 On my way to the #AbantuBookFestival late on Saturday afternoon, I was struck by the number of vehicle accidents on the way to Soweto along the M1 South. Within the distance of a few kilometres there were no less than five different accident scenes. Thereâ€™s a general sense that we need to be more careful on the roads during holiday season â€“ but a quick look at the stats available, and you may just decide youâ€™re better off kicking it on your couch the these holidays.

Yet South Africans Against Drunk Driving (SADD) contends that these figures, compiled using South African Police Service (SAPS) data, are not fully comprehensive as SAPS from rural areas are unlikely to follow up and record all deaths. SADD said that deaths and injuries are highly underreported and that the 2016/2017 figure is closer to 1 714 deaths.

While drunk driving is no doubt a major factor in traffic accidents â€“ SADD indicates that drunk driving is responsible for 65% of all accidents â€“ RMTC reports that the majority of fatalities during the festive season are as a result of a jaywalking (26.1% in 2016/2017 and 45.6% in 2015/2016), with speeding being the second-highest contributing factor to road fatalities.

RMTC reports say the provinces with the most percentage of fatalities are consistently KwaZulu Natal (21% in the 2016/2017 period), Gauteng (18%), and Eastern Cape (12%). Over half of all these fatal crashes take place over the weekend, with 63% taking place on the weekend in the 2016/2017 festive season.

Despite popular claims that women are worse drivers, men account for nearly 75% of all fatalities, with drivers between the ages of 25 and 29 making up the most percentage of fatalities.

Not surprisingly, figures indicate that most accidents take place during the evenings. Particularly between 20:00 and 21:00 is when most road accidents tend to take place, with nearly 10% happening during this time since 2014.

So there you have it. If youâ€™re planning to get out and celebrate these holidays, go forth and prosper, but be vigilant â€“ these roads ainâ€™t loyal.