Home Accountability What you need to know about the high court’s decision on Zuma...
WhatsApp
Facebook
Twitter
Email
Print 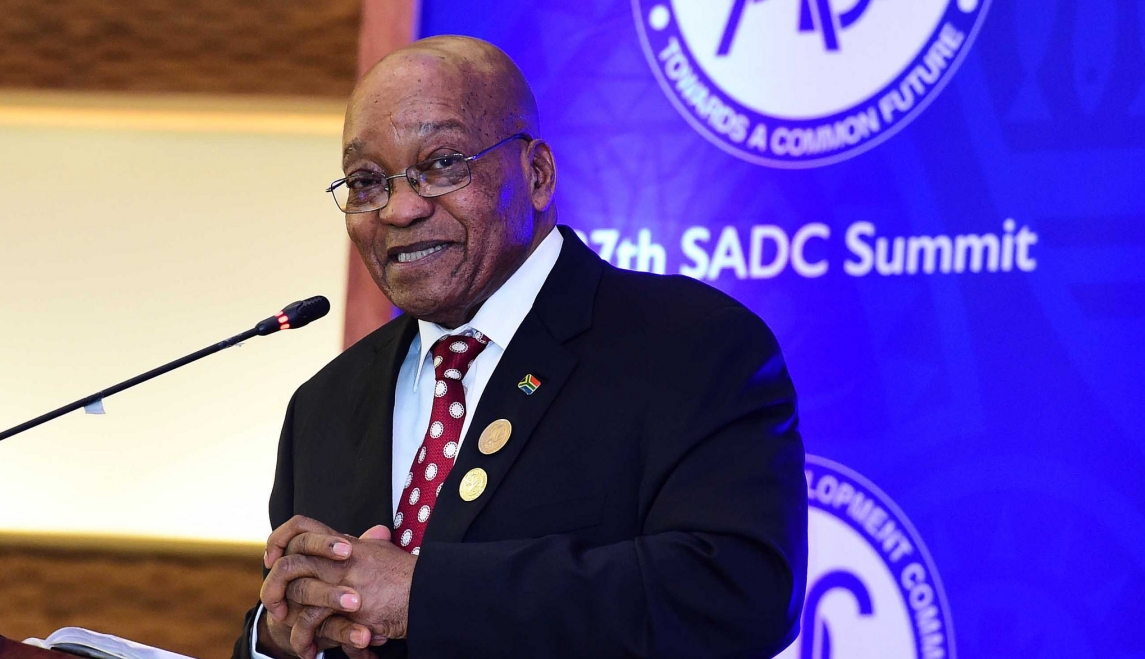 On Friday, 8 December 2017, the Pretoria High Court handed down a landmark judgment with significant political ramifications. The court set aside the settlement agreement entered into between former National Director of Public Prosecutions (NDPP), Mxolisi Nxasana and the president. Ohene Yaw Ampofo-Anti breaks down what the judgment means.

The court ordered Nxasana to pay back the nearly R 17,3 million he had received as a golden handshake. The judgment also had the effect of undoing the appointment of advocate Shaun Abrahams and ordering Deputy President Cyril Ramaphosa to appoint a new prosecutions boss within 60 days of the decision.

Nxasana was appointed by President Zuma in the role of NDPP on 30 August 2013. Barely a year later, Nxasana submitted representations to the president indicating why he should not be suspended. The president refused to engage with him further on the basis that those reasons would form the subject matter of a disciplinary enquiry. On 11 August 2014, Nxasana launched an application in the high court to interdict the president from suspending him without providing full reasons. Nxasana and Zuma subsequently entered into negotiations which culminated in a settlement agreement on 14 May 2015. In terms of that agreement, Nxasana would relinquish his post on 1 June 2015 and receive an amount of R17,3 million as compensation.

Freedom Under Law and Corruption Watch launched an application in the high court to review and set aside the agreement. During the proceedings, all the parties including Nxasana, Zuma and the National Prosecuting Authority (NPA) agreed that the agreement was unlawful. This was because the amount of R17,3 million far exceeded what Nxasana would be entitled to even if he had completed his full 10-year term as NDPP. As such, the only question the high court had to consider is what the legal implications would be once the agreement was set aside. This included a range of follow-up questions such as: should Nxasana be reinstated? Should advocate Abrahams lose his position and should president Zuma be allowed to appoint a new NDPP?

In order to untangle this web of complicated legal questions the high court first highlighted the rather turbulent history of the NPA. First, that on 29 April 2016, the high court overturned the NPA’s previous decision to withdraw charges of fraud and corruption against Zuma. The Supreme Court of Appeal rejected Zuma’s appeal of that decision on 13 October 2017. Secondly, prior to Nxasana’s appointment, advocate Nomgcobo Jiba was appointed as acting NDPP. However following a scathing high court judgment against her conduct, she as well as other NPA advocates Mzinyathi and Mrwebi, were struck off the roll in 2016. Nxasana recommended that Zuma suspend the three controversial advocates but Zuma ignored this advice. When advocate Shaun Abrahams was appointed however, he decided to withdraw criminal charges against Jiba and her associates.

Was there a request?

Having sketched this outline the court proceeded to consider the legal consequences of setting aside the settlement agreement. The first issue it had to consider was whether Nxasana had actually made a request to the president that he vacate his office. The court found on the facts that Nxasana had never made such a request. To the contrary the court said: “The president presented a settlement proposal to Nxasana and not the other way around.” The court found that Nxasana did not vacate his office due to making a request but rather because he was persuaded to vacate by the payment of an exorbitant amount of money.

The next issue the court had to consider was whether the effect of setting aside the agreement was to render the post of NDPP vacant. Freedom Under Law and Corruption Watch argued that once everything is reversed then Nxasana should be reinstated. They argued in the alternative however that if the court finds that the post is vacant it should also find that president Zuma is unable to appoint a new NDPP due to a conflict of interest. As such, the deputy president should be empowered to appoint a new NDPP. The president and the NPA argued however that because Nxasana received an unlawful reward he should not be reinstated. They also argued that Abrahams’ fitness to hold office was not in question. To that end, it would be unfair to remove him from office.

The court said it must make an order that will underscore the importance of non-interference in the independence of the NPA and its national director in particular. On the one hand, the court found that it would be unjust to reinstate Nxasana as that rewards him for his unlawful conduct. On the other hand, the court found that it could not allow Abrahams to retain his position because that would allow Zuma to get what he always wanted: to get rid of Nxasana and retain Abrahams. The court found that both parties to the agreement were reckless: Zuma was reckless for making the exorbitant offer and Nxasana was equally reckless for accepting it. Both parties may well have known that what they were doing was unlawful. The court also admonished Abrahams for associating himself with all of the president’s rather flawed arguments throughout the proceedings. In particular, the court noted that Abrahams’ suspicion regarding the allegations against Jiba in spite of several high court rulings noting her flaws was most unbecoming.

Is the president conflicted?

The last question the court had to consider was whether the president was conflicted and thus “unable” to appoint a new NDPP. Here the parties disagreed about the interpretation of a constitutional provision which allows the deputy president to take over the president’s responsibilities in certain circumstances. Freedom Under Law and Corruption Watch argued that Zuma was conflicted due to several criminal charges pending against him and was therefore unable to perform his duties. Zuma argued that the section only applies when there is an acting president who has been appointed and the president has been removed from office. The section therefore did not envisage an acting president and permanent president existing simultaneously. Furthermore, Zuma argued that there were no criminal charges pending against him because the NPA still had to decide whether to charge him in the first place.

The judgment is a landmark decision which enhances the independence of the NPA and emphasises the need to reduce political meddling in the office. In light of the fraught relationship between the presidency and the NPA over the last ten years, the judgment should be welcomed for declaring the president unable to appoint the next NDPP. Given the significant implications of the judgment, however, both Zuma and the NPA have indicated their intention to appeal the ruling. The case raises interesting and complex constitutional questions and another court may well reach a different conclusion. A full reading of the judgment will elaborate on further constitutional provisions which were looked into.

Ohene Yaw Ampofo-Anti is an admitted attorney. He writes in his personal capacity.