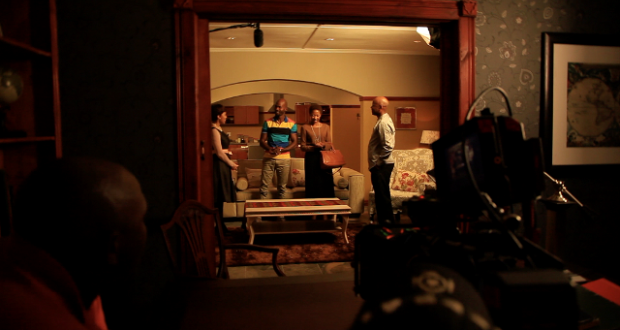 While Uzalo viewers were occupied with holiday festivities, the show’s writers were busy throwing in one plot twist after the next. LIZEKA MADUNA rounds up what you might have missed.

Drug overdose results in Amandla’s death
Amandlaâ€™s endless efforts to build a relationship with her father appeared to be a pipe dream.
When Gxabhasheâ€™s continued rejection cut her too deep, she turned to drugs for consolation and succumbed to a lethal whoonga overdose. Her blood family are the distributors of the drug that robbed her of her life; she often bought whoonga from her brother, Mxolisiâ€™s merchants.

MaNgcobo (Gxabhasheâ€™s wife) might have resented Amandla for her motherâ€™s sins but her death hit her hard and she regrets having punished the child for her motherâ€™s deeds. Gxabhashe drove Amandla to death, but he didnâ€™t show any remorse to the Maphumulo family that had raised Amandla when her mother abandoned her at a young age.

Blood is thicker than water but secrets triumph
Amandlaâ€™s death brought Gxabhasheâ€™s daughter, Nosipho, and his son,Â Ayanda even closer. Their connection is growing stronger by the day. MaNgcobo is unhappy about her kidsâ€™ closeness, as she fears they might get too close and end up being intimate without knowing that they are siblings.

MaNgcobo is concerned about Gxabhasheâ€™s vow to kill Ayanda if he keeps on poking his nose into Gxabhashe’s business. Tripped by guilt, MaNgcobo decided to warn Ayanda about what is coming to him for provoking Gxabhashe, but to her surprise, Ayanda is ready to take whatever comes his way.Â Ayanda promises to do whatever it takes to protect his family and the KwaMashu community.

When enough is enough
The KwaMashu community had been silent for too long while watching the Xulus ruining the community with impunity. Amandlaâ€™s death was a wake-up call and brought the community members out on to the streets, they barricaded Gxabhasheâ€™s panelbeating shop with angry chants.

The confrontation didnâ€™t appear to change anything with the Xulus. Just days after, there was another hijacking which left a pregnant woman fighting for her life in hospital. The woman later succumbed to the severe injuries and trauma of losing her baby. Mastermind and Ayanda decided it was enough and concocted a plot to make Gxabhashe pay for his crimes.

The plot to bring the villain down begins
Despite the loyalty to Gxabhashe and the crimes he has committed, Mastermind has realised that, to the Xulus, he will always be just an employee. The Xulus’ treatment of Amandlaâ€™s death hasÂ shaken him and for that, he is prepared to watch his boss go down even if it means going down with him. Mastermind has conspired with Ayanda to do whatever it takes to reveal Gxhabhasheâ€™s dirty laundry to the police, as he is quite certain that the evidence he has against his boss is enough for the police to nab him.

The little black book of dark secrets revealed
The book with all the records of Gxabhasheâ€™s criminal activities is out in the open and has landed in the hands of police. Nothing thrills good cop Dhlomo quite like having evidence at hand while having corrupt cop, Mabuza, in the holding cell. Mabuzaâ€™s arrest came after a witness spilled the beans on his criminal dealings. One of those was to force the woman who was hijacked by Gxabhasheâ€™s daughter, Nosipho and Mastermind at gun point to withdraw the charges. Mabuza has been given a chance to confess to his crimes and plead guilty to all the charges against him.

Gxabhashe has found out about Mabuzaâ€™s arrest and he has bought off someone to kill his mysterious son, Ayanda. The suspense continues as MaNgcobo is caught red-handed tampering with the DNA tests which revealed that Mxolisi is not their son.

What do you think will happen next on Uzalo? Let us know in the comments.