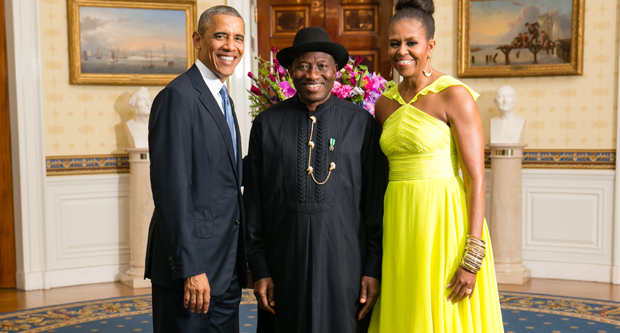 African lives arenâ€™t as valuable to Western leaders as Western lives. We know that. But itâ€™s time to talk about African leaders, particularly Nigerian President Goodluck Jonathan, and why they donâ€™t care about their people, writes RAâ€™EESA PATHER.

The bodies of women, children, men, and the elderly still lie in the streets where Baga once stood. The north-eastern Nigerian town has been totally annihilated, and the loss of human life is devastating. But who cares?

â€œThe South African Government has today, 9 January 2015, joined the international community in condemning in the strongest possible terms the inhumane and barbaric attacks by Boko Haram,â€ the South African Department of International Relations and Co-operation (Dirco) said in a press statement.

Contrary to what the statement claims, the international community had done little to condemn the attacks when Dirco released its response. In fact, even Nigerian President Goodluck Jonathan could barely muster a reply.

The day after the Paris attacks, Jonathan had sent out his condemnation of the attacks and his sympathies to those affected, but it has taken him more than a week to respond to the turmoil gushing through his own country and all he has offered is that his security experts are carrying out an â€œinvestigationâ€

I donâ€™t want to compare the Paris attacks to the Nigerian massacre, nor do I want to offer up any justification that because up to 2,000 people have been brutally slaughtered in Nigeria, there should be more outrage and focus on Nigeria than Paris. But surely the president of those 2,000 people and their families could say something?

Truth be told, itâ€™s not even a surprise. After all, this is the same president who took three weeks to release a statement after Boko Haram kidnapped the Chibok schoolgirls, so what would drive him to act now?

The Western response to Africa has almost always been muted. But then, since the dawn of colonialism, the Westâ€™s presence in Africa is usually to serve its own interests at the expense of African people. What has become increasingly demoralising is that African leaders themselves have in some way adopted the exploitation their forefathers once struggled against.

Just last year, Jonathan appropriated the #BringBackOurGirls social media campaign, and with an astonishing level of crassness, tweaked it to say: #BringBackOurGoodluck2015. It was a vile campaign tactic in the run-up to this yearâ€™s February elections. The marketing gods surely must have wept, alongside the parents who still mourn for their missing daughters.

Sure, Jonathan has sent Nigerian troops to battle against Boko Haram, but the military have instead used their new-found war to wreak terror on the people they are tasked with protecting. When Boko Haram entered Baga last week, Nigerian troops ran away, yet in April 2013, after coming under attack by Boko Haram, Nigerian troops tore through the town, killing 200 civilians in response to the ambush.Â  They have now called for support from their people in their fight against the latest attacks.

But Jonathan hasnâ€™t addressed these atrocities. Instead, he is exploiting his people for votes, and as he does so, their blood is being spilled. Already political analysts have indicated that should Jonathan truly speak to Nigerians about the attacks, it would become an admittance of failure.

â€œBy acknowledging the scale of the violence, heâ€™s acknowledging a certain degree of his failure as a president, so heâ€™s not going to talk about security with less than six weeks to go before the election,â€ Manji Cheto, vice-president of corporate advisory company Teneo Intelligence told Bloomberg.

The African Union, in copy-paste fashion, released a statement just yesterday asking the international community and African leaders to respond to Boko Haram.

And what about asking the West for help? Well, lest we forget, French President Francois Hollande invited Jonathan and African friends over for a Boko Haram chit-chat last year. France vowed there would be no military intervention, but has said it supports Nigeria in its fight to defeat Boko Haram. Whatever that means. Meanwhile the US has offered military aid to Nigeria, but Jonathan has refused in a bid to maintain his independence.

But no-one in Africa can bleat the old motto of African solutions to African problems unless our African leaders do their jobs as democratically elected officials to lead, protect and take action in the interests of their people.

Jonathanâ€™s lacklustre efforts to defeat Boko Haram have done nothing so far but prove that old Western mantra: African leaders are inefficient.

So while Jonathan panders to the French, who love to treat Africans like crap, letâ€™s not forget that Africa is not a white manâ€™s burden. Before we lash out at Western media and politicians for their dismissal of African lives, letâ€™s look at our African leaders and see what we find.